The best prices found for ORD flights for September, October

Can I fly to Chicago O'Hare Intl from USA right now?

Most visitors from USA need to provide a negative COVID-19 test result and/or quarantine to enter Chicago O'Hare Intl.

Quarantine requirements
Visitors from USA are not required to quarantine after entering Chicago O'Hare Intl.


Can I fly back to USA from Chicago O'Hare Intl?

Quarantine requirements
Visitors from Chicago O'Hare Intl are not required to quarantine after entering USA.

The cheapest ticket to O'Hare Intl found for each month in 2021 based on historical flight searches by Cheapflights users.

January
$157
February
$157
March
$192
April
$197
May
$197
June
$214
July
$242
August
$205
September
$191
October
$197
November
$184
December
$186
Currently, February is the cheapest month in which you can book a flight to Chicago O'Hare Intl (ORD). Flying to Chicago O'Hare Intl (ORD) in July will prove the most costly. There are multiple factors that influence the price of a flight so comparing airlines, departure airports and times can help keep costs down.

When is the best time to fly to O'Hare Intl Airport?

Average Chicago flight ticket prices and weather conditions for 2021 and 2022 by month.

When is the best time to book a flight to O'Hare Intl?

Booking 20 days in advance of your planned departure date is, on average, the best time to get cheap flights to O'Hare Intl. The general trend is that the closer you book to the departure date, the more expensive your flight will be.

Which day is cheapest to fly to O'Hare Intl?

At the moment, Friday is the most economical day to take a flight to O'Hare Intl. Sunday is likely to be the most costly.

What time of day is cheapest to fly to ORD airport?

Flights in the evening are typically the cheapest time of the day to fly to O'Hare Intl. Flights in the morning are usually the most expensive.

Chicago O’Hare International Airport (ORD) is one of the world’s most significant transport hubs, offering connections to more cities than any other airport in the world. A mind-blowing 77 million passengers pass through the airport each year, yet its intelligent design, full range of facilities and amenities and highly professional staff ensure that transit experiences are routinely pleasant.

Flights to Chicago O’Hare International Airport are offered by a massive variety of airlines, both American and international. It is one of the most common layover destinations, along with Washington Dulles and New York JFK, for international flights into the US.

How long is the flight to Chicago O’Hare?

You’ll be able to find lots of flights to Chicago O’Hare, IL, as Chicago is a major city in the United States. When flying from New York City, a flight will come in at just 2h 30m. From Los Angeles, it will take you a little over four hours to get in. And from Seattle, you’ll find yourself on the plane for 2h 30m.

Where can you get direct flights to Chicago O’Hare airport from?

How do you get from Chicago O’Hare to the city centre?

To get to the go-to area of Chicago from the airport, you have a couple of different transportation options. If you prefer to travel by car, you can rent a car or use a service like Lyft or Uber to get a vehicle to pick you up at your terminal. When using a car, your ride will take about 20-30 minutes to arrive at your destination. Another option for travel would be to use mass transit. This option will take you about 50 minutes, but all you have to do is hop on the Blue Line bus to Forest Park and stay on till you get to Jackson.

What are some things to do in Chicago?

Chicago, IL is a bustling city that has lots to do during the day and night. It is known for its beautiful architecture like the Willis Tower, John Hancock Center, and Tribune Tower. While you can tour the city by foot, car, or bike, seeing Chicago by boat is extremely popular. Go along Lake Michigan in a speedboat to see the city center or book a kayak to travel the Chicago River. The Magnificent Mile is a must-visit for those who want to get some shopping in. Big brands like Cartier, Chanel, and Nordstrom are all located there. In addition to fashion and beauty, Magnificent Mile is also home to electronic stores, home stores, and much more. The city of Chicago is also known for its wonderful restaurants. Alinea with Chef Grant Achatz is always held in high esteem and has been awarded three Michelin stars, the highest one can receive from the Michelin company. On a smaller food budget? You’re in luck because Chicago has lots of iconic foods like deep-dish pizza and Italian beef sandwiches that won’t break the bank.

Do I need a passport or visa to fly to Chicago?

When flying domestic, you will not need to get a visa to travel to Chicago, IL. However, TSA does change ID requirements from time to time, which is why it’s great to have your valid passport on you if you do not plan on checking on the latest requirements. Some types of identification cards and some state identification cards may no longer be able to get you on your flight, but a passport will.

How popular are flights to Chicago O'Hare Intl (ORD) this year?

There has been a 45% decrease in demand for Chicago O'Hare Intl Airport flights over the last year.

See alternative destinations where airfare is generally forecast to be close to O'Hare Intl flight prices. 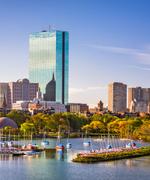 Cheap tickets to O'Hare Intl found by our users in USA as recently as September 16, 2021.

Other local departures to O'Hare Intl (ORD) from United States