When is the best time to fly to Micronesia?

The best time to fly to Micronesia is during , but great deals can be found at other times.

At the moment, there are flights only in the morning for your Micronesia trip.

How long is the flight to Micronesia?

A flight from the United States to Micronesia is likely to occur aboard a United Airlines flight as it is the leading carrier making the journey. The average flight is 14h 30m, departing from the U.S. in the morning and ending later in the evening, with short stops at a number of island nations; typically making stops on three of the main islands in the Federated States of Micronesia. Each stop takes roughly an hour, which contributes to the 14+ hours of travel time.

At this time, there are no U.S. cities offering direct flights to Micronesia. Instead, flights departing from Honolulu, Hawaii will make stops at locations like Majuro, and then the islands of Micronesia, including Kosrae, Phonpei, and Chuuk. This makes the island of Oahu in the Hawaiian Islands the most direct point of departure, but there are no mainland cities with direct flights. There are six airlines with the most direct mainland flights, and they include Alaska Airlines, American Airlines, United, Allegiant and West Jet with points of departure including New York, Los Angeles, Seattle, San Diego, San Jose, Portland (OR), Anchorage, and San Francisco.

What is the best way to travel around Micronesia?

Experts in international travel agree that Micronesia is one of the most diverse locations in terms of modes of transport due to its status as an island nation. This means that the Island Hopper flights from United Airlines are one of the top forms of transport around the region. Once on land, taxi services are widely available and inexpensive, and there are many regular buses on each of the islands. Car hires are an option, but an international permit is needed.

What are some things to do in Micronesia?

Because of its tropical nature and year-round good weather, the most popular activities in the country are outdoor activities. Scuba diving and snorkeling rank as the top activities, and particularly on Chuuk, where the Truk Lagoon is noted as one of the most beautiful in the world. There are also a lot of manta rays and coral reefs to explore in the island chain’s 50+ sites. There are also many kayaking, fishing, and hiking activities and options on each island, as well as historic and archaeological sites dating back to ancient times and right up until the second World War. Exploring traditional culture is also a must.

Do I need a passport or visa to fly to Micronesia?

To travel the U.S. to Micronesia, you need a valid U.S. passport (for at least 180 days from the time of entry). U.S. citizens also need a completed FSM Immigration Arrival and Departure Record and a completed customs form. American citizens as well as those who are legal citizens of the territory of American Samoa may live and work freely within Micronesia, but will always require valid ID and travel documentation. 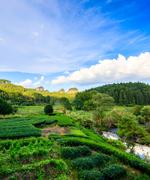