Are there currently restrictions on travel to Pago Pago related to COVID-19?

Yes, there are currently restrictions on flights to Pago Pago along with the rest of American Samoa. Before you book or search for flights, consider the following restrictions: Entry Permits, normally issued by American Samoa instead of visas, are currently suspended. Residents of American Samoa with a residence permit or an Immigration Board approval may still enter the territory, as may US nationals, but travelers who transited or have been in Arizona, California, Florida, Georgia, Hawaii, Illinois, Massachusetts, New Hampshire, New York, North Carolina, Oregon, Rhode Island, Texas, Washington, or Wisconsin are subject to a Public Health screening and might be medically or home quarantined upon arrival. Passengers arriving from Samoa must obtain a health clearance from the Ministry of Health (MOH) 3 days prior to arrival and present a completed “DOT Travel Declaration Form”” upon arrival. Passengers arriving from Hawaii who have transited or have been in countries affected by coronavirus (COVID-19) must spend 14 days in Hawaii and obtain a health clearance 3 days before arrival in American Samoa. They must also present a completed “DOT Travel Declaration Form”” and provide their itinerary upon arrival.. If you are looking to book a trip to Pago Pago and are outside of the restricted areas, please take the proper precautions and stay informed about traveling during COVID-19.

When is the best time to fly to Pago Pago?

The best time to fly to Pago Pago is during January, but great deals can be found at other times. If you are looking for warm weather when you arrive off of your flight to Pago Pago then February is statistically the hottest. December is historically the period with most rainfall.

Which day is cheapest to fly to Pago Pago?

Monday is currently, on average, the cheapest day to fly to Pago Pago. Flying on Thursday will result in higher flight prices.

What time of day is cheapest to fly to Pago Pago?

At the moment, flights in the morning are likely to offer the best value for money for your Pago Pago trip. A flight in the afternoon will more often than not be of higher cost. 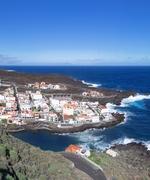 Cheap tickets to Pago Pago found by our users in USA

Other local departures to Pago Pago