The best prices found for AUS flights for December, January

Cheap flights to Austin found for this year

Late deals on round-trip flights to Austin, departing today and this week

Can I fly to Austin Bergstrom from USA right now?

Most visitors from USA need to provide a negative COVID-19 test result and/or quarantine to enter Austin Bergstrom.

Quarantine requirements
Visitors from USA are not required to quarantine after entering Austin Bergstrom.


Can I fly back to USA from Austin Bergstrom?

Returning to USA from Austin Bergstrom

Quarantine requirements
Visitors from Austin Bergstrom are not required to quarantine after entering USA.

The cheapest ticket to Austin found for each month in 2021 based on historical flight searches by Cheapflights users.

When is the best time to fly to Austin Bergstrom Airport?

Average Austin Bergstrom flight ticket prices and weather conditions for 2021 and 2022 by month.

Flying to Austin in September is usually considered the best time to fly. However, you will find other deals are always available year round. If weather is an important factor for you when considering when to fly to Austin, the warmest period tends to be August, with the wettest being May.

When is the best time to book a flight to Austin?

To ensure you get the cheapest price possible for a flight to Austin, you should look to book at least 55 days in advance of your intended travel date. The price of your flight may increase if you delay and leave booking until a week or so before departure.

Which day is cheapest to fly to Austin?

At the moment, Friday is the most economical day to take a flight to Austin. Sunday is likely to be the most costly.

What time of day is cheapest to fly to Austin?

To get the best value, try booking a flight in the afternoon when visiting Austin. Generally the prices will increase for flights in the morning as these tend to have higher demand.

Traveling to Texas for some outdoor adventure? Book a flight to Austin and enjoy the great outdoors in one of the nation’s greenest cities. Austin was originally called “Waterloo” because of its excessive creeks and water areas throughout the state. Today, travelers vacationing in Austin have the chance to explore nature preserves, rivers, lakes, eco-friendly parks, and many other things around the city. In addition, Austin is one of the nation’s leading energy producers and enforces a tough recycling program in an effort to keep the city clean and green. But there’s more things to do in Austin than visit wide open spaces. Texas’ capital city is one of the fastest growing cities in America and is rich in history.

Originally a buffalo hunting ground, Austin today is home to many prominent government officials and state historical monuments. Hop a cheap flight to Austin and take a walk back in time at the Texas State Cemetery, where the rich and colorful pasts of Texas’ politicians come to life. Feel like a millionaire while you wander through Bremond Block, an area flanked with 19th century mansions and only blocks away from the many Austin landmarks that define the city. If bicycling through nature parks isn’t quite your speed, hop on a plane to Austin and tour one of the nation’s leading universities – The University of Texas. Thinking of furthering your education? Famous Longhorns include Lady Bird Johnson, Janis Joplin and Walter Cronkite.

Unlike the other cities in Texas, Austin enjoys settled weather and a pleasant semi-tropical climate. Even in the height of summer (June to August) temperatures are more moderate than in other parts of the state. In winter, the temperature stays well above freezing. Humidity is at its highest between May and September, and these are also the wettest months. Fall (September to November) and spring (March to May) are mild and comfortable.

When is the best time to fly to Austin?

Fall and spring are great times to book airline tickets and cheap vacations to Austin. The weather is sunny and crisp and the city is alive with things to do. Be prepared for an overflow of college students during this time, though. The restaurants and bars are normally packed in specific towns, and parks and green spaces can be crowded with students.

There really isn’t an off-tourist season in Austin, however, the humidity is highest in May and September. These are also the wettest months, but it’s a good time to find cheap flights to Austin.

When is the best time to book a flight to Austin?

Spring and fall are the best times to travel to Austin, since the summertime temperatures can be uncomfortably hot and humid. Mild winters also make Austin an attractive getaway. Many visitors time their trips to coincide with one of Austin’s famous festivals, such as the SXSW film festival. Booking your flight one to four months before your trip should help you find the best possible deal.

How long is the flight to Austin?

You can only fly directly to Bermuda from a few airports, so most travelers have to change planes on their journey. From New York or Newark, count a flight of about 2.5 hours, then add the travel time needed to reach those airports from your starting point (for example, about six hours from Los Angeles, plus transfer time within the airport and layover time waiting for your island-bound flight).

Which airlines fly to Austin?

JetBlue, American Airlines, Delta and United Airlines fly nonstop to Bermuda from various East Coast hubs, including New York, Boston, Atlanta and Philadelphia. From Canada, you can connect directly to Bermuda from Toronto and Halifax via Air Canada, and British Airways flies directly from London.

What should you pack for a flight to Austin?

You’re not required to wear long Bermuda shorts when you visit Bermuda, but you should know that you can wear them with a dress shirt and tie at the high-end restaurants that require a tie. Even though Bermuda is a resort destination, the casual wear that you find on most islands is only acceptable at the beach and pool in Bermuda, so do pack a tie (men) and a nice dress (women) if you plan to leave the beach. A light jacket is a must, as is an umbrella, and you’ll also need sunscreen, a sun hat and sunglasses.

Getting to and around Austin

Austin’s public transportation will get you all over the city on public buses or vans for a flat fee. You can also transfer for free during a three-hour window. If you’re exploring the historic downtown area, check out the Armadillo Express, also called “the Dillo,” for free trolley rides. Taxis can be expensive and it’s easiest to get one by calling ahead or hanging out in front of a hotel downtown.

Tips for your stay in Austin

The bright and breezy facility embodies Austin’s laid-back nature, from the architecture – clean, open and full of natural light – to the local, friendly atmosphere. Visitors are often surprised by the live music stage, which showcases Austin’s diverse music scene, in the middle of the terminal. There are often up to a dozen performances per week as part of the Music in the Air initiative.

The small size of the airport makes it very easy to navigate and visitors are always pleased to find the airport spotless and well-manned with friendly, approachable staff, making flights from and to Austin-Bergstrom International Airport a pleasure. With the amount on offer here, you barely need to leave the airport to get the full Austin experience.

What airport do you fly into for flights to Austin?

How popular are flights to Austin Bergstrom (AUS) this year?

There has been a 89% increase in demand for Austin flights over the last year.

See alternative destinations where airfare is generally forecast to be close to Austin flight prices. 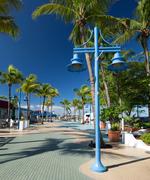 Find the best Austin flight deals for you

Cheap tickets to Austin found by our users in USA as recently as December 06, 2021.

Other local departures to Austin Bergstrom from United States

Not set on Austin? See the cheapest flights to United States. Airfare prices updated on December 06, 2021.