Flights to Melbourne in 2021

The cheapest ticket to Melbourne found for each month in 2021 based on historical flight searches by Cheapflights users.

January
$1,011
February
$658
March
$730
April
$888
May
$816
June
$907
July
$971
August
$905
September
$981
October
$995
November
$892
December
$1,068
Currently, February is the cheapest month in which you can book a flight to Melbourne. Flying to Melbourne in December will prove the most costly. There are multiple factors that influence the price of a flight so comparing airlines, departure airports and times can help keep costs down.

When is the best time to fly to Melbourne?

Average Melbourne flight ticket prices and weather conditions for 2021 and 2022 by month.

Flying to Melbourne in August is usually considered the best time to fly. However, you will find other deals are always available year round. July sees the temperatures in Melbourne peak to their warmest. August tends, on average, to see the most amount of rainfall.

Which day is cheapest to fly to Melbourne?

The cheapest flights to Melbourne are usually found when departing on a Wednesday. The departure day with the highest cost at present is Sunday.

What time of day is cheapest to fly to Melbourne?

To get the best value, try booking a flight in the morning when visiting Melbourne. Generally the prices will increase for flights at noon as these tend to have higher demand.

Melbourne is Australia’s second largest city and boasts the most diverse population. In fact, Victoria’s capital even has a museum properly named “The Immigration Museum”, which is dedicated to the hundreds of thousands of immigrants who found a home in Melbourne in the 1800s.  Today, Melbourne has a population of more than 3 million people and welcomes millions of travelers a year. Visitors book flights to Melbourne for a taste of the city’s world-famous nightlife, shopping, fashion, and sporting events.

In recent years Melbourne’s popularity has grown to rival Sydney’s and travelers planning a visit should book their Melbourne flights early since there’s always an event taking place and people fly in from all over the world to attend. But the lively buzz doesn’t stop at a single event; it’s there every day of the week coming out of its cool jazz bars, fashionable cafes and über-chic boutiques.

Although mostly temperate, Melbourne does have distinct seasons. Hot summers and cool winters are separated by mild autumn and spring seasons. No matter when you book your cheap flight to Melbourne, there won’t be any distracting extremes, especially since it receives only half the rainfall of sister cities Sydney and Brisbane.

When is the best time to fly to Melbourne?

The first day of summer is technically December 21st, making the holidays a great time to book a cheap flight to Melbourne. Although it doesn’t get very hot until January, the period from December to February are filled with glorious sea breezes and ends in a dry, thundery month of March.

If you’re heading to Melbourne for one of the cities famous events, consider flights to Melbourne during The Melbourne Fringe Festival, which takes place in the first three weeks in October, and the Melbourne Cup on the first Tuesday in November. Test your skills at cricket from October through March.

Winter, while cold, stays mild with light winds and foggy skies. Travel to Melbourne is less frequent during the frosty season but it’s likely cheap flights to Melbourne and discount accommodations can be found during this time.

What is the best way to travel around Melbourne?

Melbourne is lovely city to walk through. It’s fairly compact and the Yarra River, which runs through the middle of the city, offers cruises for those who want to spend their time floating through town. There are plenty of transportation options to be found; trams, trains and buses crisscross the city. The trams are a great way to experience one of Melbourne’s cultural icons, and buses stop at all the major sights. Except for peak hours, it’s easy to hail one of the many cabs. Taxis tend to fill up quickly on Friday and Saturday nights. Driving can be a hassle, despite the ease of navigating through Melbourne’s streets, since trams and aggressive drivers complicate traffic.

What is good to know if travelling to Melbourne?

See alternative destinations where airfare is generally forecast to be close to Melbourne flight prices. 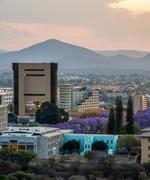 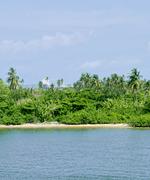 Cheap tickets to Melbourne found by our users in USA as recently as September 16, 2021.

Other local departures to Melbourne from United States

See all airports in Melbourne, select one to find and compare flight prices.

Not set on Melbourne? See the cheapest flights to United States. Airfare prices updated on September 16, 2021.