Cheap flights to Indianapolis, IN

Are there currently restrictions on travel to Indianapolis related to COVID-19?

January
$267
February
$271
March
$303
April
$285
May
$295
June
$288
July
$318
August
$273
September
$268
October
$291
November
$267
December
$268
Currently, the cheapest month for flights to Indianapolis is November. The most expensive month for flights is July. The cheapest prices are shown above but prices will vary according to departure times, airlines, class and how early you book.

When is the best time to fly to Indianapolis?

Whilst there are several times of the year to choose from, November is seen as the time to fly to Indianapolis, however, it is possible to get good deals throughout the year. July sees the temperatures in Indianapolis peak to their warmest. May tends, on average, to see the most amount of rainfall.

When is the best time to book a flight to Indianapolis?

To ensure you get the cheapest price possible for a flight to Indianapolis, you should look to book at least 23 days in advance of your intended travel date. The price of your flight may increase if you delay and leave booking until a week or so before departure.

Which day is cheapest to fly to Indianapolis?

Thursday is currently, on average, the cheapest day to fly to Indianapolis. Flying on Sunday will result in higher flight prices.

What time of day is cheapest to fly to Indianapolis?

To get the best value, try booking a flight in the afternoon when visiting Indianapolis. Generally the prices will increase for flights in the morning as these tend to have higher demand.

Best Time to Fly to Indianapolis

Peak season in Indianapolis depends on your travel interests. If you’re flying to Indianapolis for sports-centric entertainment, weather isn’t as big of a concern as getting tickets to the game. If your Indianapolis travel plans happen over Indy 500 weekend, book your Indianapolis flights and hotels in advance. This is undoubtedly the busiest time in the city and accommodations fill up fast.

June, July and August are hot and humid in Indianapolis, but if you can handle the heat you’re bound to find plenty of cheap flights to Indianapolis and discounted hotel accommodations. Keep in mind the city is busy during this time because of school vacations and family trips.

If you’re not a sports fan, there’s still plenty to do and see in Indianapolis. The city is divided into six cultural districts that extend from downtown. Chic boutiques, sidewalk cafes, live music bars and an over-abundance of eclectic restaurants line the city districts. During the summer months, the open-air Canal Walk state park features live concerts and festivals appealing to all personalities.

Winters are cold, particularly January, and the city gets a few significant snowfalls each year. Summers are warm but can be very humid. Late spring (April and May) and fall (September, October into November) are the best times weather-wise to book flights to Indianapolis.

Driving is the best way to get around the city and you’ll be able to explore the Midwest countryside. Parking is ample at hotels and Indianapolis’ top sightseeing destinations. 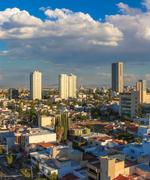 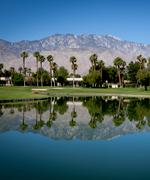 Cheap tickets to Indianapolis found by our users in USA

Other local departures to Indianapolis, Indiana