The best prices found for SLC flights for October, November

Cheap flights to Salt Lake City found for this year

Can I fly to Salt Lake City from USA right now?

Most visitors from USA need to provide a negative COVID-19 test result and/or quarantine to enter Salt Lake City.

Quarantine requirements
Visitors from USA are not required to quarantine after entering Salt Lake City.


Can I fly back to USA from Salt Lake City?

Quarantine requirements
Visitors from Salt Lake City are not required to quarantine after entering USA.

The cheapest ticket to Salt Lake City found for each month in 2021 based on historical flight searches by Cheapflights users.

January
$265
February
$283
March
$309
April
$277
May
$276
June
$302
July
$317
August
$282
September
$272
October
$257
November
$242
December
$261
Currently, November is the cheapest month in which you can book a flight to Salt Lake City. Flying to Salt Lake City in July will prove the most costly. There are multiple factors that influence the price of a flight so comparing airlines, departure airports and times can help keep costs down.

When is the best time to fly to Salt Lake City Airport?

Summer brings the hikers, climbers, and golfers, and the hotels book up early from June through Labor Day. Salt Lake City is also big for skiers. Book flights to Salt Lake City early if you’re visiting during ski season, which runs from December to early April.

If you don’t mind fluctuating weather conditions, spring and fall are great times to visit the area. The rates for hotels and flights to Salt Lake City are cheaper, and crowds are rare.

When is the best time to book a flight to Salt Lake City?

The best time to visit Salt Lake City is typically winter or spring, with winter being most popular for skiers and snowboarders. Winters in Salt Lake City are relatively mild, but the mountains are significantly colder with plenty of snow for sports, with the best months being December and January. Between April and May, temps range between 60 and 70 degrees Fahrenheit, making this an ideal time for sightseeing and outdoor activities.

Whatever season you plan to visit, the best time to book your flight is approximately two months, or 54 days prior to your departure, as this is generally when fares are at their lowest, but keep in mind that flight specials can take place year-round, and Cheapflights can help you find a great deal. If you’re traveling to Salt Lake City from outside of the U.S., it’s always a good idea to start looking for flights approximately three months in advance.

Which day is cheapest to fly to Salt Lake City?

At the moment, Thursday is the most economical day to take a flight to Salt Lake City. Sunday is likely to be the most costly.

What time of day is cheapest to fly to Salt Lake City?

Flights in the evening are typically the cheapest time of the day to fly to Salt Lake City. Flights in the morning are usually the most expensive.

Book a flight to Salt Lake City to ski the slopes, watch a game, take in some movies, or tap into your spiritual side – whatever you choose to do in Salt Lake City, your vacation will be jam-packed with activities. Most people recognize Salt Lake City as the world headquarters of the Church of Jesus Christ of Latter-day Saints and the largest Mormon population in the U.S., but flights to Salt Lake City offer much more than that.

Hop a flight to Salt Lake City for a run on some of the best snow-capped mountains in the West, tour over 20 art galleries in the downtown district, and dine in five-star flavor in one of the city’s many restaurants. Sports enthusiasts will enjoy watching major league basketball, hockey or baseball and star-gazers will delight during the Sundance Film Festival. Keep your autograph book at close range – it’s likely you’ll see a celeb or two on your plane ride to Salt Lake City during Robert Redford’s famed annual film extravaganza, which takes place in Park City.

If snow, ski and Hollywood stars aren’t your scene, grab a cheap flight to Salt Lake City during the off-season and take in some of the most beautiful scenery in the country. No matter where you stay in Salt Lake City, there’s a hiking trail or nature walk nearby, so book a trip to Salt Lake City to see it all.

Late June and early July bring the beginning of summer with low humidity, highs in the mid-60s up to the 80s, and nighttime temperatures ranging from the 40 to 50 degrees. Afternoon thunderstorms are common over the higher peaks. September marks the beginning of autumn. Winter starts in November and by December there’s deep snow. Temperatures stay near freezing during the day. March starts the transition to spring, though snow remains in the valley until April and in the mountain passes until July.

How long is the flight to Salt Lake City?

Depending on your starting location, flights into Salt Lake City range from under an hour to over 10 hours. Flight times from Los Angeles to Salt Lake City are approximately an hour and a half, while flights from New York are around four and a half hours. Flights to Salt Lake from Miami are just under five hours, and flights from Washington are just under 90 minutes. When traveling from the U.K. or Japan, expect to be in the air around 11 hours.

What should you pack for a flight to Salt Lake City?

What you pack for Salt Lake City depends on the time of year you are visiting. If you’re heading to Utah for a winter adventure, pack plenty of warm items that can be easily layered, such as long-sleeved shirts, heavy sweaters, long pants and sweatshirts. Make sure to pack warm outerwear as well, especially if you plan on hitting the slopes. During the spring season, light clothing such as light cargo pants, t-shirts and tank tops are good options, as well as a light jacket or a few sweaters for layering.

If you’re visiting Salt Lake City during the summer, the weather can get humid in August, so light, breathable clothing is advised. If you plan to do a lot of walking when looking at the sites or if you’re hoping to hit a few hiking trails, make sure to pack comfortable footwear and a good pair of hiking boots.

When packing your carry-on bag, take your flight time into consideration and pack anything you may need to access before the flight lands, such as toiletries, snacks, reading materials and a laptop computer. It’s also a good idea to pack a small pouch with travel-sized first aid essentials.

Getting to and around Salt Lake City

Downtown Salt Lake City is easy to get around by public transportation or on your own two feet. The city has buses, light-rail and paratransit services. Streets are laid out in a grid, so you won’t have trouble with directions. To save some money with parking, look into the Downtown Token for discounts.

What are some things to do in Salt Lake City?

Salt Lake City is one of Utah’s most beautiful cities, with mountain views all around and nature at every turn. From riding the Ski City slopes to getting up close and personal with local wildlife, this amazing city has something for everyone to enjoy.

If you’ve got an animal lover in your travel group, the Utah Hogle Zoo is a definite must-see. Take a walking tour through African Savanna, a 4 and a half-acre nature site complete with African grasslands that houses lions, zebra, ostriches and other wildlife in a comfortable habitat that allows the animals to thrive. When you’re finished traveling through African Savanna, take a short walk over to the Elephant Encounters exhibit to mingle with some friendly elephants.

For a fun-filled day of skiing and snowboarding, take advantage of the Ski City Super Pass that gives visitors day access to one of four exclusive ski resorts, including Alta Ski Area, Brighton Resort, Solitude Mountain Resort, and the Snowbird Ski and Summer Resort. After you hit the slopes, warm up with some hot chocolate and pastry at Les Madelines, one of Salt Lake City’s best-kept secrets.

For some sports history with a little ice skating mixed in, stop by the Acord Ice Center. The center is open to the public between 9 AM and 9 PM Monday through Friday, making it easy to strap on your skates and hit the ice. During your visit, check out the Pro Shop and learn more about the Utah Grizzlies, who use Acord Ice Center as their official practice rink, which was also a practice rink for the 2002 Olympics.

Tips for your stay in Salt Lake City

If you’re in need of a flight out of Salt Lake City to extend your holiday or travel to your next destination, Cheapflights has you covered. The Salt Lake City International Airport serves a nice variety of both U.S. and international carriers to make traveling out of the city simple. Here are the most popular travel routes, as well as some great deals:

Flights from Utah to Los Angeles

Flights from Utah to New York

Flights from Utah to Boston

If you need a little more info on the Salt Lake City International Airport, check out our helpful guide:

What airport do you fly into for flights to Salt Lake City?

Salt Lake City (SLC), located 5.7 mi from the city center, is the airport you fly into when you book flights to Salt Lake City.

How popular are flights to Salt Lake City (SLC) this year?

This year has seen a 43% increase in flight searches for Salt Lake City. 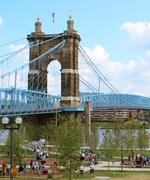 Find the best Salt Lake City flight deals for you

Cheap tickets to Salt Lake City found by our users in USA as recently as October 14, 2021.

Other local departures to Salt Lake City from United States