The cheapest ticket to Miami Intl found for each month in 2021 based on historical flight searches by Cheapflights users.

When is the best time to fly to Miami Intl?

Average Miami flight ticket prices and weather conditions for 2021 and 2022 by month.

September is typically the best time to fly to Miami Intl, but there are other times where great deals are available. If you are looking for warm weather when you arrive off of your flight to Miami Intl then July is statistically the hottest. June is historically the period with most rainfall.

When is the best time to book a flight to Miami Intl?

To ensure you get the cheapest price possible for a flight to Miami Intl, you should look to book at least 28 days in advance of your intended travel date. The price of your flight may increase if you delay and leave booking until a week or so before departure.

Which day is cheapest to fly to Miami Intl?

At the moment, Tuesday is the most economical day to take a flight to Miami Intl. Monday is likely to be the most costly.

What time of day is cheapest to fly to Miami Intl?

At the moment, flights in the afternoon are likely to offer the best value for money for your Miami Intl trip. A flight at noon will more often than not be of higher cost.

Situated eight miles (13km) north-west of downtown Miami, Miami International Airport (MIA) is South Florida’s main airport. Due to a vast number of tourist attractions and sizable local populations, it’s one of the largest hubs in the US and acts as the country’s main gateway to Latin America. Having served just fewer than 36 million passengers in 2010, the airport is the 28th busiest in the world, with flights to Miami International Airport coming in from most continents.

Unfortunately, though, the airport has a reputation for being slow and disorganized, especially when it comes to luggage procedures. Passengers in transit often miss flights as they are required to clear immigration before collecting their baggage, after which they must then transfer it to their connecting flight. Moreover, it’s common practice for staff to remove bags from carousels and place them on the floor, leaving passengers to crowd around heaps of luggage and compete for a chance to locate theirs. Signage is lacking and unclear, and many airport personnel speak Spanish only.

However, MIA has a wide variety of eateries, bars and retail outlets to keep layover passengers amused. Musical performers also provide entertainment throughout the airport’s public spaces and numerous wall paintings add color and vibrancy to the interior of the terminal building.

What airport do you fly into for flights to Miami?

For a flight to Miami, you will be flying into Miami. Miami (MIA) is just 6.1 mi from the center of the city.

How popular are flights to Miami this year?

Flights to Miami have seen a 27% decrease in demand compared to the previous year.

See alternative destinations where airfare is generally forecast to be close to Miami Intl flight prices. 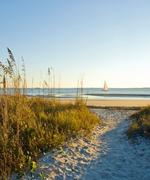 Cheap tickets to Miami Intl found by our users in USA as recently as May 12, 2021.

Other local departures to Miami Intl (MIA) from United States

Not set on Miami Intl? See the cheapest flights to United States. Airfare prices updated on May 12, 2021.