Cheap flights to Sicily in May, June 2022

The best prices found for CTA flights for May, June

Cheap flights to Sicily found for this year

Can I fly to Sicily from USA right now?

Information is based on travel restrictions from USA to Sicily

Most visitors from USA need to provide a negative COVID-19 test result and/or quarantine to enter Sicily.

Quarantine requirements
Visitors from USA are not required to quarantine after entering Sicily.

Can I fly back to USA from Sicily?

Returning to USA from Sicily

Quarantine requirements
Visitors from Sicily are not required to quarantine after entering USA.

What is the cheapest month to fly to Sicily?

The cheapest ticket to Sicily found for each month in 2022 based on historical flight searches by Cheapflights users.

When is the best time to fly to Sicily?

Average Catania Fontanarossa flight ticket prices and weather conditions for 2022 and 2023 by month.

Which day is cheapest to fly to Sicily?

The cheapest day to fly to Sicily is usually Wednesday. At the moment, Sunday is the most expensive.

What time of day is cheapest to fly to Sicily?

Sicily flights can be made cheaper if you choose a flight in the morning. Booking a flight at noon will likely mean higher prices.

Sicily, the largest island in the Mediterranean Sea, may be just a short hop from the Italian mainland, across the narrow strait of Messina, but it is a world apart in atmosphere and attitude. Everything Italian seems a little more appetizing here, not only the food but the history and culture as well.

For a long time Sicily was ignored as a holiday destination, largely because of the Mafia stranglehold and because of the poverty of the people. Today, however, the island is experiencing a tourism boom and a surge in development as the destructive influences of the Mafia wane. Visitors discover that the Sicilian people are gracious, noble and welcoming and that the island itself offers natural and historic attractions of great beauty and enormous interest.

The main cities of Palermo and Catania feature some of the most exquisite architecture in the world, a legacy of the many great civilizations that have vied for control of this strategically situated island over the centuries, from the Greeks and Romans, Arabs and Normans to more recently the French, Spanish and Italians. There are massive Romanesque cathedrals, the best-preserved Greek temples in the world, Roman amphitheaters and magnificent Baroque palaces. The continuous blue skies and temperate climate, lush vegetation and rich marine life all add to the island’s appeal. Nature has given Sicily Mount Etna, Europe’s tallest active volcano, a dramatic coastline and a fertile soil that gives forth much of the bounty on which the island’s unique and delicious cuisine is based.

With mild winter temperatures that fall no lower than 50 degrees F, Sicily experiences a typical Mediterranean climate that makes it a desirable destination year-round. Flights to Sicily tend to be fuller in the warmer months, when the sandy stretches of Sicily’s beaches are covered in sunbathers and the lush mountainous terrain of the island’s interior attract outdoor enthusiasts to bask in the 80 degree F heat.

Best Time to Fly to Sicily

Whether you’re looking for fun in the sun or snowy escapades on Mount Etna, Sicily is a hotspot for travelers from around the world year-round.

With its cloudless skies and Mediterranean beaches, Sicily makes for an ideal summer vacation destination from May through September. It’s not easy to find cheap flights to Sicily throughout this time, and the rates at resorts tend to spike to accommodate the incoming flood of tourists.

Sicily cheap flights are easy to come by before and after the summer boom, so try scheduling your trip for spring or fall in order to take advantage of seasonal savings.

After your cheap flight to Sicily lands, it’s easy to reach your final destination from the arrivals gate via bus to the cities of Palermo, Catania and Taormina. In Palermo, there’s also a train line that reaches the airport from the city center. Avoid taking taxis from the airport: Bus tickets will run you less than 10 Euros each, and taxis tend to be a rip-off, especially for out-of-towners.

See alternative destinations where airfare is generally forecast to be close to Sicily flight prices. 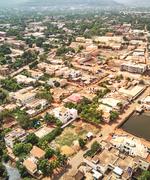 Select your preferred flight destination in Sicily from the list below.

Select your preferred route to Sicily from United States below

Not set on Sicily? See the cheapest flights to United States. Airfare prices updated on May 19, 2022.