Are there currently restrictions on travel to North Dakota related to COVID-19?

January
$328
February
$318
March
$402
April
$394
May
$387
June
$398
July
$409
August
$388
September
$353
October
$378
November
$366
December
$368
February is currently the cheapest month to fly to North Dakota. At this moment in time July is the most expensive month. These prices are determined by multiple factors and booking in advance can help keep costs down if your schedule is not as flexible.

When is the best time to fly to North Dakota?

Whilst there are several times of the year to choose from, February is seen as the time to fly to North Dakota, however, it is possible to get good deals throughout the year. If you are looking for warm weather when you arrive off of your flight to North Dakota then July is statistically the hottest. June is historically the period with most rainfall.

When is the best time to book a flight to North Dakota?

The best time to book flights to North Dakota is 54 days before your desired departure date. The cost of your flight will likely increase significantly if you book two weeks in advance of your flight.

Which day is cheapest to fly to North Dakota?

At the moment, Sunday is the most economical day to take a flight to North Dakota. Saturday is likely to be the most costly.

What time of day is cheapest to fly to North Dakota?

At the moment, flights at noon are likely to offer the best value for money for your North Dakota trip. A flight in the evening will more often than not be of higher cost.

Did you know that North Dakota was the inspiration behind Teddy Roosevelt’s National Forest Service, the governing body that was put in place to preserve America’s great parklands? The picturesque farmlands and wheat fields of North Dakota and the various historic sites that grace the state keep visitors booking flights to North Dakota year after year.

Farmland makes up more than 90 percent of North Dakota land, making this state the most rural of all the states. It’s no surprise then that North Dakota ranks first in the nation’s production of wheat and also churns out other agricultural products including barley, rye, sunflowers, oats, and hay.

Visitors to North Dakota take pleasure in the state’s forests and recreation areas. Deer and pheasant hunting, along with bass and trout fishing, keep visitors booking flights to North Dakota. Some of the greater points of interest in North Dakota include the International Peace Garden near Dunseith, Fort Union Trading Post National Historic Site, and of course, the Theodore Roosevelt National Park.

North Dakota has hot summers (the record high was 121 degrees) with little rainfall and periods of drought. The winters are cold, with the average temperature in the single digits in January. Bismarck gets around 44 inches of snow. At the top of the tornado alley, North Dakota’s peak tornado season is June, July, and August.

When is the best time to fly to North Dakota?

Summer is the peak tourist season in North Dakota. But so few people visit the state that crowds are not bad and North Dakota flights and hotel accommodations are always reasonable, even in the Badlands. Summer is also prime canoeing weather.

Fall and hunting season are popular, but the winters are so harsh that few people visit. Cheap flights to North Dakota are likely found during the winter months, but bundle up before boarding the flight.

What is the best way to travel around North Dakota?

The least-visited state in the country, North Dakota has more unexplored wilderness than any other state except Alaska. You need a car to see North Dakota. If you are heading for the Theodore Roosevelt National Park, US 85 takes you through the North Unit and I-94 through the South Unit. For prairies and missile silos, try US 2 (although you cannot actually see the silos).

There is very limited train service within the state and somewhat less limited bus service.

What is good to know if travelling to North Dakota? 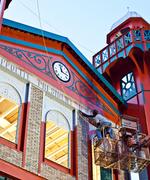 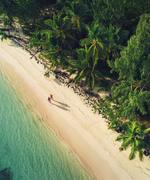