The best prices found for PDX flights for January, February

Cheap flights to Oregon found for this year

Late deals on round-trip flights to Oregon, departing today and this week

Can I fly to Oregon from USA right now?

Most visitors from USA need to provide a negative COVID-19 test result and/or quarantine to enter Oregon.

Quarantine requirements
Visitors from USA are not required to quarantine after entering Oregon.


Can I fly back to USA from Oregon?

Returning to USA from Oregon

Quarantine requirements
Visitors from Oregon are not required to quarantine after entering USA.

The cheapest ticket to Oregon found for each month in 2022 based on historical flight searches by Cheapflights users.

When is the best time to fly to Oregon?

Average Portland flight ticket prices and weather conditions for 2022 and 2023 by month.

When is the best time to book a flight to Oregon?

The price you pay for your flight to Oregon may vary depending on when you book. For the best chance of a lower fare, look to book 17 days in advance of your trip. Fares are likely to increase a fortnight or so before your departure date.

Which day is cheapest to fly to Oregon?

At the moment, Friday is the most economical day to take a flight to Oregon. Sunday is likely to be the most costly.

What time of day is cheapest to fly to Oregon?

To get the best value, try booking a flight in the afternoon when visiting Oregon. Generally the prices will increase for flights at noon as these tend to have higher demand.

What’s the first thing you should do when your flight to Oregon arrives? Sip a little wine under one of the covered bridges, or dine outside among the rugged mountain tops and long beaches.

Once a promised land to the pioneers, today’s Oregon is the epitome of the American lifestyle. Visitors booking flights to Oregon will experience a little bit of everything from every region in the U.S. Covered bridges and steepled churches are quaint among the backdrop of rolling mountains and volcanoes and lava fields. Take a walk where the cowboys and Indians fought along the coastline and walk through the wheat fields and berry gardens that help boost Oregon’s economy.

Travelers with an appreciation for wine will book flights to Oregon for a visit to some of the nation’s best vineyards. Take a step away from the serenity of Oregon’s coast and head to the city for an urban escape. Whatever the reason for booking a flight to Oregon, it’s sure to be memorable.

Oregon is split into two climate zones by the north-south Cascade Mountains. In general, west of the Cascades has fairly heavy precipitation and moderate temperatures. East of the Cascades, the high desert can have very cold winters with considerable snowfall in the upper elevations. Summer days are very hot and the nights cool. Annual rainfall ranges from less than 8 inches in the plateau regions to 200 inches in the upper western Coast Range. The highest elevations of the Cascades receive 300 to 550 inches of snow annually.

When is the best time to fly to Oregon?

The peak season is May through October, and the height of the season is July when most travelers book flights to Oregon. Portland and Ashland are booked solid in summer, and many wineries are open daily during the summer months.

The abundant winter snow brings downhill and cross-country skiers, snowboarders, and snowshoers to the mountains. Travelers looking for cheap plane tickets to Oregon during the winter should book well in advance. Mount Hood is crowded summer and winter, and the Timberline snow lasts into summer.

Many vineyards begin wine tasting in November, but most are closed in January and February.

Between October and May, Oregon flights and hotel rates are lower, but you need good rain gear if you’re heading to the state.

What is the best way to travel around Oregon?

Regional airports are situated so you can get Ohio flights to other parts of the state. There is train service in the western part of the state and regular bus service to larger towns. Along the rivers, upscale and more moderate tours are available. Probably the best way to tour Oregon is with an RV or car. Before venturing into remote areas, fill up the gas tank—Oregon is a large state, and gas stations are few and far between in some areas.

Public transportation can get you around Portland. The Tri-Met operates buses, streetcars, and light-rail trains. The Central City streetcar line runs through several areas including downtown and Portland State University. The MAX light-rail trains run between tourist destinations such as the airport, downtown, the zoo, and the Rose Garden Arena. Taxis are available and driving is a reasonable undertaking.

Hiking is a great way to see the natural wonders. The Pacific Crest Trail goes through Oregon, the Timberline Trail circles Mt. Hood, and beach walks take you along the coast.

Oregon has been creating bicycling routes for over 30 years, and the Oregon Coast Bike Route is still considered the best way to tour the shoreline.

What is good to know if travelling to Oregon?

See alternative destinations where airfare is generally forecast to be close to Oregon flight prices. 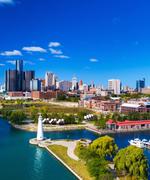 Select your preferred flight destination in Oregon from the list below.

Select your preferred route to Oregon from United States below

Not set on Oregon? See the cheapest flights to United States. Airfare prices updated on January 25, 2022.