Are there currently restrictions on travel to Norway related to COVID-19?

There are current restrictions for travel to Norway at this time. These restrictions are for the safety of Norway citizens and travelers alike and are as follows: Norway has lifted its travel restriction and quarantine requirements for travelers arriving from Finland, Iceland, Greenland, the Faeroe Islands, and Denmark. Entry is still restricted until at least August 20 for most other travelers who are not nationals or residents of Norway. Nationals of Austria, Belgium, Bulgaria, Croatia, Cyprus, Czechia, Denmark, Estonia, Finland, France, Germany, Greece, Hungary, Iceland, Ireland, Italy, Latvia, Liechtenstein, Lithuania, Luxembourg, Malta, the Netherlands, Poland, Portugal, Romania, Slovakia, Slovenia, Spain, Sweden, Switzerland or the United Kingdom may still enter the country if they reside, work, or have property in Norway. If they cannot prove their residency, they must be able to prove their nationality in one of the above countries. Family members of a national of one of the above-mentioned countries may enter the country if they are already residing in or are moving to Norway. Travelers with a responsibility to care for a resident of Norway may also enter. All of the above travelers must undergo a 10-day home quarantine and complete a public health information form upon arrival. Nationals of the above-mentioned countries who are transiting Norway to return to their countries of residence may also enter Norway, as may airline crew, diplomats and their spouses/children, transport personnel, media staff, NATO staff with a travel order, holders of seasonal farming work permits with an approval letter from UDI, foreigners with a summons to appear in a court case, cruise passengers whose cruises started before March 16, 2020 at 8:00 AM CET on their way home, and travelers with Norwegian visas issued after March 15, 2020 may also enter the country. Visa-exempt nationals and family members of EEA citizens who have been approved for residency but have not yet received their residence card may still enter the country by showing the letter from UDI approving their residence permit. Travelers are only allowed into Svalbard after they have stayed in quarantine in other parts of Norway.. If you must travel during this time and are allowed to based on current restrictions, please stay informed about updated travel safety tips.

January
$523
February
$485
March
$490
April
$509
May
$517
June
$666
July
$848
August
$652
September
$579
October
$567
November
$489
December
$497
February is currently the cheapest month to fly to Norway. At this moment in time July is the most expensive month. These prices are determined by multiple factors and booking in advance can help keep costs down if your schedule is not as flexible.

When is the best time to fly to Norway?

Flying to Norway in February is usually considered the best time to fly. However, you will find other deals are always available year round. July tends to be the warmest period in Norway so if you are looking for sun or warmer climates then look to fly around this time. August is the wettest if you need to factor this in to your plans.

Which day is cheapest to fly to Norway?

The cheapest day to fly to Norway is usually Tuesday. At the moment, Monday is the most expensive.

What time of day is cheapest to fly to Norway?

At the moment, flights in the morning are likely to offer the best value for money for your Norway trip. A flight at noon will more often than not be of higher cost.

Beyond the Viking ships, past the fishing villages and near the point where the fjords meet the mountains, lies the Land of the Midnight Sun. Norway’s stunning natural wonders keep travelers booking Norway flights and discovery trips. Glimpse at the midnight sun and walk along the world’s most magnificent fjords. Norway’s drastic landscape is what lures travelers to explore this European country.

Excursions down the Western Fjords or a stay on one of the sunny beaches are just two options for explorers booking flights to Norway. Take time from voyaging and enjoy the many cultural events that take place in Norway’s capital city and tiny villages. Folk dancing, singing and storytelling are just a few of the country’s artistic talents that keep the culture alive and encourage travelers to book flights to Norway.

Norway is extremely cold in the winter, when temperatures rarely reach over freezing. Expect heavy snow and high winds from December through March. In the summer, it’s very sunny and temperatures can reach 86 degrees.

When is the best time to fly to Norway?

Peak Season: Norway flights are full during the summer months. The busiest time of the year to travel to Norway would be in the months of June and August, though Norway flights tend to fill up for May and June as well. The Bergen International Festival takes place in May and it is one of the biggest art festivals in the country, so you’ll find flight tickets more expensive. Another peak time to book flights to Norway is from November to February where you’ll have a chance to see the spectacular Northern Lights in the North of the country. Although different months provide different benefits to viewing them, you’ll need to secure your flight tickets well in advance for the best chance of saving money.

Off-peak Season: Try booking cheap flights to Norway during the transitional seasons of fall and spring: The warming winds of the Gulf Stream make for pleasant, temperate conditions, and Norway flights become more available as the demand for summer holidays subsides. If you’re not interested in viewing the Northern Lights then avoid November to March as the average temperatures are below freezing. If you like to ski then you’ll enjoy this time of year as the country is home to some great ski resorts. You’ll find the cheapest flights to Norway throughout this Wintery period but it’s still wise to secure your flight tickets in advance.

How long is the flight to Norway?

Nestled between the Oslofjord and sprawling forested hills you find Oslo, one of Europe’s fastest-growing cities. While the city’s cosmopolitan vibe offers a myriad of museums, restaurants and art, it exudes a friendly, relaxed, small-town atmosphere. During the peak season of June, July and August, booking affordable flights may be a challenge, but with lots of departure times and carriers, it’s not impossible to find a bargain.

New York City has more than one flight a day. Nonstop flight time is seven hours and 25 minutes, while a connecting flight takes approximately nine hours and 15 minutes.

Denver, Colorado does not not offer nonstop flights; a one-stop flight averages 11 hours.

Rome, Italy provides one or more flights per day to Oslo, including a nonstop of three hours and 10 minutes. One-stop flight times average four hours and 25 minutes.

Which airlines fly to Norway?

Oslo is the main domestic hub for Scandinavian Airlines and an operating base for Norwegian Air Shuttle. Oslo Gardermoen airport connects to approximately 28 domestic and 115 international destinations, making it the 19th busiest airport in Europe. Airlines that fly from these cities to Oslo include:

What should you pack for a flight to Norway?

Things are very expensive in Norway, so bring as much from home as possible. The weather during the summer months, June through August, varies from warm to cold and wet to dry. Your best bet is to bring clothing that layers easily. Shorts and tees are fine, but the weather changes quickly and rain is frequent throughout the year, so include a sweater or lightweight, waterproof jacket. In April and August, mosquitos are prevalent, so include repellent in your carryon. When planning to cruise the fjords it often is windy, so in addition to protective sunglasses, pack a hat. Wear comfortable shoes for daily treks.

Winter comes to Norway between December and March when the weather is freezing cold and uncomfortable. Layer undergarments, bring a thick coat, gloves, a warm hat and a scarf. Also pack boots with soft rubber soles with a wide tread. Other types of soles freeze and snow packs into the treads, creating a very slippery surface underfoot.

Bring a backpack to hold your phone, camera and extra clothing for sightseeing. Protect your phone from loss or damage with a bungee attachment, and be sure to bring a travel adapter plug and a step-down voltage converter that conforms your devices to European voltage (230V).

Getting to and around Norway

One of the cheapest ways to get to the city from the airport is via train. There are two departures per hour and it takes roughly half an hour, give or take 10 minutes. Once you’ve booked your flights to Norway it’s worth booking your hotel in the city and not around the airport area. If you do opt for an airport hotel, then you’ll need to get a shuttle from the airport, and then another back to it if you want to get a bus into the city center. Failing that, you can opt for a taxi, however, you’ll find the price is steeper than the train. That said, if you can split the fare with a friend of two then you’ll find it a quick and easy way to travel, especially if you have a lot of luggage with you.

Once your flight to Norway touches down, you have several options when it comes to traveling around Norway and getting from Norway to other destinations in Scandinavia and Europe. From port cities like Oslo, Bergen and Stavanger, ferries leave daily for a number of domestic and international destinations, including Kiel, Germany and Copenhagen, Denmark. The largest cities in Norway run on efficient public transportation systems, and Oslo has metro and tram services as well.  If you’d rather travel by train instead of booking a domestic Norway flight to get from one city to another, you’ll be riding the rails with Norwegian State Railways (NSB), which can also take you as far as the Swedish cities of Stockholm and Malmö.

What are some things to do in Norway?

Norway offers many nifty things to do year round. These are some of our favorites:

Oslo Summer Park is one of Scandinavia’s largest climbing parks, a short 30-minutes from the city center. Nine trails, in varying degrees of difficulty, challenge all outdoor enthusiasts. The park includes 900 metres of zip lines and all equipment and training is provided. You may fuel up at the park’s cafe, or bring a picnic lunch.

Norwegian National Opera & Ballet is located right in the harbor. With an angled white exterior that appears to rise from the water, visitors enjoy breathtaking views of the surrounding fjords and the Oslo cityscape from the roof.

Winter sports abound in Oslo and you often see people skiing through the city center on their way to work. Kids toboggan and skate in the city parks. Sports-minded visitors enjoy the Oslo Ski Center, the Spikersuppa skating rink, the Holmenkollen ski museum and tower, and the Nordmarka wilderness area.

Tips for your stay in Norway

What is good to know if travelling to Norway? 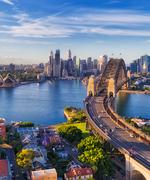