Are there currently restrictions on travel to Cincinnati related to COVID-19?

January
$200
February
$214
March
$237
April
$247
May
$227
June
$221
July
$221
August
$207
September
$200
October
$217
November
$212
December
$237
Currently, September is the cheapest month in which you can book a flight to Cincinnati. Flying to Cincinnati in April will prove the most costly. There are multiple factors that influence the price of a flight so comparing airlines, departure airports and times can help keep costs down.

When is the best time to fly to Cincinnati?

Whilst there are several times of the year to choose from, January is seen as the time to fly to Cincinnati, however, it is possible to get good deals throughout the year. If you are looking for warm weather when you arrive off of your flight to Cincinnati then July is statistically the hottest. May is historically the period with most rainfall.

When is the best time to book a flight to Cincinnati?

The best time to book flights to Cincinnati is 42 days before your desired departure date. The cost of your flight will likely increase significantly if you book two weeks in advance of your flight.

Which day is cheapest to fly to Cincinnati?

The cheapest flights to Cincinnati are usually found when departing on a Thursday. The departure day with the highest cost at present is Sunday.

What time of day is cheapest to fly to Cincinnati?

At the moment, flights at noon are likely to offer the best value for money for your Cincinnati trip. A flight in the morning will more often than not be of higher cost.

Cincinnati lies on the northern banks of the Ohio River and is the state’s third biggest city after Columbus and Cleveland. Charles Dickens remarked that he had ‘not often seen a place that commends itself so favourably and pleasantly to a stranger’ in the 19th century, and modern Cincinnati is every bit as welcoming.

You’ll certainly want to visit the city’s Over-the-Rhine historic district, which was once home to a large German immigrant population, and boasts some fine Italianate architecture.  This is where you’ll find Findlay Market, Ohio’s oldest public market as well as a range of entertainment venues including Music Hall and the city’s opera and symphony orchestra.  Visit Washington Park to see the musical fountains, or try some of the terrific restaurants in the Gateway Quarter.

Take a walk across the John A. Roebling suspension bridge as featured in the famous film, Rainman.  The bridge is one of the major sights in the city and was the longest suspension bridge in the world when it was first erected.  Other notable sights include Carew Tower, and the views over the city from the observation deck of its second tallest building are breathtaking.

Learn all you need to know about the city and its culture and history in a trip to the Cincinnati Museum Center and Union Terminal. You’ll discover a history museum, a natural history and science museum, a children’s museum and much more inside this iconic building.

The city has over 100 parks and green spaces, and is also home to a real American treasure, the Coney Island amusement park.  You’ll also find one of the largest amusement parks close to the city – King Island is just 20 miles from downtown and is ideal for a family day out.

With museums, galleries, great shopping and entertainment and some of nation’s top sporting teams such as the Reds and the Bengals, there is something to please everyone in Cincinnati.

Best Time to Fly to Cincinnati

From May till September is summer season in the city and it’s considered the best time to visit.  The city’s biggest festival takes place over Labour Day weekend in early September; Riverfest is known for its famous waterfall and spectacular fireworks, and it attracts thousands of visitors each year.  It’s quieter from March to May and the Appalachian Festival in May marks the start of the summer crowds.  Oktoberfest in the Over-the-Rhine district marks the end of summer and the start of the quieter autumn period.  Christmas is also a wonderful time to visit and events like the PNC Festival of Lights at the city’s zoo are popular.

School vacations, warm sunny days and lots of events make May till September a busier time to visit, and fares to the city are higher during this peak season.  Lower fares can be found during the winter months, although Christmas and New Year are traditionally peak times too.  The shoulder season months of March till May and October to November are quieter and also when it’s cheapest to visit.

South Ohio Regional Transit Authority (or SORTA) run the city’s Metro buses which cover routes on the Ohio side of the state line, while the Transit Authority of Northern Kentucky or TANK covers routes on the Kentucky side.  Between the two bus companies getting around the city is simple.  However, services marked X are express services so check that they will stop where you want to alight.  There are also plenty of taxi stands downtown and you can hail taxis on the street.  Fares can vary so ask before you get on board, and enquire about discounts on cross-town routes.  Walking is popular with locals and visitors and the covered Skywalk is a free and interesting way to traverse part of the city. 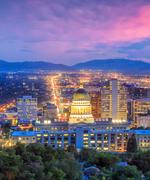 Cheap tickets to Cincinnati found by our users in USA

Other local departures to Cincinnati, Ohio