The best prices found for ONT flights for November, December

Cheap flights to Ontario found for this year

Late deals on round-trip flights to Ontario, departing today and this week

Can I fly to Ontario from USA right now?

Most visitors from USA need to provide a negative COVID-19 test result and/or quarantine to enter Ontario.

Quarantine requirements
Visitors from USA are not required to quarantine after entering Ontario.


Can I fly back to USA from Ontario?

Returning to USA from Ontario

Quarantine requirements
Visitors from Ontario are not required to quarantine after entering USA.

The cheapest ticket to Ontario found for each month in 2021 based on historical flight searches by Cheapflights users.

When is the best time to fly to Ontario Airport?

Average Los Angeles flight ticket prices and weather conditions for 2021 and 2022 by month.

Whilst there are several times of the year to choose from, April is seen as the time to fly to Ontario, however, it is possible to get good deals throughout the year. August tends to be the warmest period in Ontario so if you are looking for sun or warmer climates then look to fly around this time. February is the wettest if you need to factor this in to your plans.

When is the best time to book a flight to Ontario?

The price you pay for your flight to Ontario may vary depending on when you book. For the best chance of a lower fare, look to book 17 days in advance of your trip. Fares are likely to increase a fortnight or so before your departure date.

Which day is cheapest to fly to Ontario?

The cheapest day to fly to Ontario is usually Saturday. At the moment, Sunday is the most expensive.

What time of day is cheapest to fly to Ontario?

At the moment, flights in the afternoon are likely to offer the best value for money for your Ontario trip. A flight at noon will more often than not be of higher cost.

How long is the flight to Ontario?

Where can you get direct flights to Ontario from the United States?

How do you get from Los Angeles International Airport(s) to the city centre of Ontario, Canada?

What are some things to do in Ontario?

One of the best things about visiting Ontario, California is the fact that there are so many things to do while you’re here. In particular, once you’re in Ontario, you can visit movie theaters, room escape games, comedy clubs, and gaming centers. Additionally, this city has shopping malls like Graber Olive House, Ontario Mills, Logan’s Candies, and Treasures N Junk. Another popular venue is the Scandia water park, which can be fun, exciting, and memorable for people of all ages. Likewise, this city contains spa & wellness centers like Salt Oasis, Massage Green Spa, Massage By Laurelle & Medical Spa, and Mint Leaf Thai Massage, which make it easy to stay relaxed while you’re here. You can also grab a drink at facilities like San Antonio Winery, Rescue Brewing Company, Kings Brewing Company, and Dale Bros. Brewery. And if you’re interested in visiting educational museums, you’ll love Planes of Fame Air Museum, Museum of History and Art, Cooper Regional History Museum, and Chaffey Comunity Museum of Art. Other popular landmarks include Citizens Business Bank Arena, K1 Speed Ontario, and Madonna of the Trail.

Do I need a passport or visa to fly to Ontario?

If you’re U.S. citizen, you don’t need a visa to fly to Ontario, California. However, it’s recommended that you always fly with a valid passport.

The number of flights to Ontario International Airport has been declining steadily in recent years (there were 4.8 million passengers in 2010, but the terminals are built to handle twice that) – some say due to the lack of direct flights to major destinations, in comparison with other airports nearby. However, those who use the airport agree that it is a convenient alternative, well connected to nearby air fields and towns, easy to get in and out of, clean and with good basic facilities.

What airport do you fly into for flights to Ontario?

If you book a flight to Ontario, you will be flying into Ontario, which is the city’s only airport. Ontario (ONT) is located 3.1 mi from the center of Ontario.

See alternative destinations where airfare is generally forecast to be close to Ontario flight prices. 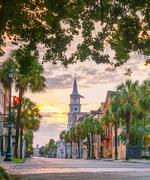 Find the best Ontario flight deals for you

Cheap tickets to Ontario found by our users in USA as recently as November 30, 2021.

Other local departures to Ontario from United States

Not set on Ontario? See the cheapest flights to United States. Airfare prices updated on November 30, 2021.