Flights to Marco Island in 2022

Cheap flights to Marco Island in May, June 2022

The best prices found for MIA flights for May, June

Cheap flights to Marco Island found for this year

Late deals on round-trip flights to Marco Island, departing today and this week

Can I fly to Marco Island from USA right now?

Most visitors from USA need to provide a negative COVID-19 test result and/or quarantine to enter Marco Island.

Quarantine requirements
Visitors from USA are not required to quarantine after entering Marco Island.


Can I fly back to USA from Marco Island?

Returning to USA from Marco Island

Quarantine requirements
Visitors from Marco Island are not required to quarantine after entering USA.

What is the cheapest month to fly to Marco Island?

The cheapest ticket to Marco Island found for each month in 2022 based on historical flight searches by Cheapflights users.

When is the best time to fly to Marco Island?

Average Miami flight ticket prices and weather conditions for 2022 and 2023 by month.

When is the best time to book a flight to Marco Island?

The price you pay for your flight to Marco Island may vary depending on when you book. For the best chance of a lower fare, look to book 28 days in advance of your trip. Fares are likely to increase a fortnight or so before your departure date.

Which day is cheapest to fly to Marco Island?

At the moment, Tuesday is the most economical day to take a flight to Marco Island. Sunday is likely to be the most costly.

What time of day is cheapest to fly to Marco Island?

To get the best value, try booking a flight in the afternoon when visiting Marco Island. Generally the prices will increase for flights at noon as these tend to have higher demand.

How long is the flight to Marco Island?

Are there nonstop flights to Fort. Myers/Marco Island?

Yes, there are nonstop Marco Island flight deals to Fort. Myers. From major cities such as New York (JFK), there are nonstop flights with JetBlue and Delta, which on average take about three hours. If you’re flying from Houston (IAH) there are direct flights with United Airlines with an average travel time of just over 2 hours. Denver (DEN) also offers a direct flight to Fort. Myers with United Airlines, with an average flight time under four hours.

How do you get from Fort. Myer airport(s) to the Marco Island city center?

From the closest airport, Southwest Florida International Airport (RSW) in Fort. Myers, there are a couple of ways to get to Marco Island city center. You can hire a taxi or private shuttle service to take you costing usually under $100 one way. Uber and Lyft are both operational in the area so you can always check ahead to see pricing. We recommend for an easy trip and at your own pace to hire a car. The drive to Marco Island is less than an hour, and then you have the ease of traveling around Marcos Island at your leisure.

What are some things to do on Marco Island?

Marco Island is on the southern tip of Florida and only accessible from the mainland by two bridges. As with any coastal vacation, you can certainly enjoy all the beaches there are to offer! Some of the notable beaches to check out are Tigertail, South Marco, and Hideaway Beach. For more water adventures you can enjoy boating, fishing, jet skiing, kayaking, canoeing, and snorkeling! There is also the Ten Thousand Islands National Wildlife Refuge where you can explore wildlife and small uninhabited islands on a kayak, canoe, or boat. You can also take an eco-tour to see the large population of bottle-nose dolphins. If you’re ready to be out of the sun, there is plenty of shopping and dining to be done on Marcos Island. If you enjoy a round of golf, there are three courses to choose from. Lastly, one popular pastime on Marcos Island is hunting for shells.

Do I need a passport or visa to fly to Marco Island?

As a US citizen, you do not need a visa to go to Marcos Island. You do need identification to be allowed on any domestic flight; this identification could be a valid driver’s license, state photo ID, or valid passport.

How long is the flight to Marco Island?

Where can you get nonstop to Marco Island from?

What is the best way to travel around Marco Island?

To get around Marco Island, you have several options. You can cruise to Key West on an air-conditioned high-speed ferry with sundecks, cocktails, a big screen, and a snack bar. You can also use public transportation, available throughout Collier County. For luxurious trips, you can find A-Class transportation, a family-owned car service that offers safe and luxury service to different places all over Marco Island. Other transportation options you could check out include luxury shuttle, limousine services, and taxis, which are available throughout Miami, Marco Island, Naples, and Fort Meyers. If you want to rent a car to explore the island, you can check out companies like Enterprise, where you can rent a car for a flexible duration. Check out the company’s website for reservations and prices.

What are some things to do in Marco Island?

Marco Island is an oasis in southern Southwest Florida. The island features miles of white sand and is near the Gulf of Mexico and pristine mangrove estuaries. The environment around Marco Island offers the perfect backdrop for adventurous activities and relaxation. If you love exploring the waters, you will enjoy opportunities for boating, fishing, canoeing, shelling, kayaking, and dolphin watching. The sandbars surrounding the island are perfect for shelling. You can stroll along the shoreline looking for a variety of olive shells, whelks, and scallops, as well as hundreds of other types of seashells. If you want some luxury, you can spend a day in a hotel spa, where you can book a pampering session and experience relaxing things. Also, you can hit the surf to become a “citizen scientist” by accompanying a marine researcher aboard the Dolphin Explorer, which offers a 3h eco-tour. The crew goes out twice daily to record behaviors and activities of a 200-member dolphin population.

Do I need a passport or visa to fly to Marco Island?

If you’re a United States citizen, you don’t need a visa or passport to enter Marco Island.

See alternative destinations where airfare is generally forecast to be close to Marco Island flight prices. 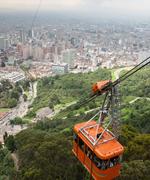 Cheap tickets to Marco Island found by our users in USA as recently as May 25, 2022.

Other local departures to Marco Island, Florida from United States

Not set on Marco Island? See the cheapest flights to United States. Airfare prices updated on May 25, 2022.