January
$187
February
$193
March
$186
April
$215
May
$197
June
$231
July
$257
August
$212
September
$209
October
$197
November
$195
December
$207
March is currently the cheapest month to fly to New Hampshire. At this moment in time July is the most expensive month. These prices are determined by multiple factors and booking in advance can help keep costs down if your schedule is not as flexible.

When is the best time to fly to New Hampshire?

When is the best time to book flights to New Hampshire?

The best time to book flights to New Hampshire is 55 days before your desired departure date. The cost of your flight will likely increase significantly if you book two weeks in advance of your flight.

Which day is cheapest to fly to New Hampshire?

At the moment, Saturday is the most economical day to take a flight to New Hampshire. Sunday is likely to be the most costly.

At the moment, flights in the afternoon are likely to offer the best value for money for your New Hampshire trip. A flight at noon will more often than not be of higher cost.

If there is one thing that keeps tourists booking flights to New Hampshire every year, it’s the state’s no-frills attitude. As stated simply in New Hampshire’s state motto: Live Free or Die.

Alongside pickup trucks and hunting racks, visitors to New Hampshire will also find beautiful beaches and scenic mountains. Travelers booking New Hampshire flights and accommodations during the summer months will find solace in quiet bike rides, rugged nature hikes and canoe trips down calm lakes and rivers. New Hampshire bed and breakfasts are the epitome of New England country comforts. Before boarding your New Hampshire flight back home, take a trip to America’s Stonehenge in Salem and view the 4,000-year-old stone constructed site.

If you’re looking for the best of both worlds, book a flight to New Hampshire and spend a day or two exploring Boston – just an hour south of the peaceful mountains and lakes.

Typical of New England, New Hampshire has long and cold winters, short springs, mild summers, and beautiful falls. Winter starts in November and lasts through March. In January the temperature can range from the low single digits to nearly 30 degrees (F). Snow is everywhere, but mostly in the White Mountains. Winter, however, is the best time to find cheap flights to New Hampshire. Spring warms up to the 50s and 60s, with an occasional snowstorm. June to August is summer, with temperatures in the 70s and 80s inland while the coast stays a bit cooler. Fall is beautiful with the leaves changing color. The colors start to change in the higher elevations in mid-September and the colors last through the end of October at the coast.

When is the best time to fly to New Hampshire?

Summer is the peak tourist season as visitors take to the New Hampshire beaches, lakes, and mountains. Book New Hampshire flights and hotel rooms early as places tend to fill up fast and prices increase during the summer. Winter is a close second from November through March, creating a play land for snow enthusiasts. Fall is also busy with the leaf peepers coming to see the foliage.

Spring weather can be unpredictable and the black flies in late May can deter visitors, but the flowers are starting to bloom and bed-and-breakfasts often offer off-season rates. Late spring also brings daredevil skiers to Tuckerman Ravine.

What is the best way to travel around New Hampshire?

The best way to get around New Hampshire is by car. The scenery is beautiful throughout the state, and most of the tourist towns are too inviting not to get out and walk around to see the shops. Major highways run north-south through the state. Secondary and tertiary roads take you across the state — over the mountains and through gaps — and require a good map.

Pay heed to moose crossing signs. Collisions between moose and cars are becoming more common. Moose eyes do not reflect in a car’s headlights, which makes moose very difficult to see at night, and they can cause considerable damage to a car.

Road biking is also a popular way to see New Hampshire. There is limited bus and train service in the state.

What is good to know if travelling to New Hampshire? 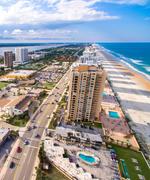