Cheap flights to Jackson, Mississippi in May, June 2022

The best prices found for JAN flights for May, June

Cheap flights to Jackson, Mississippi found for this year

Late deals on round-trip flights to Jackson, Mississippi, departing today and this week

Can I fly to Jackson-Evers Intl from USA right now?

Most visitors from USA need to provide a negative COVID-19 test result and/or quarantine to enter Jackson-Evers Intl.

Quarantine requirements
Visitors from USA are not required to quarantine after entering Jackson-Evers Intl.


Can I fly back to USA from Jackson-Evers Intl?

Returning to USA from Jackson-Evers Intl

Quarantine requirements
Visitors from Jackson-Evers Intl are not required to quarantine after entering USA.

What is the cheapest month to fly to Jackson?

The cheapest ticket to Jackson found for each month in 2022 based on historical flight searches by Cheapflights users.

January
$303
February
$347
March
$362
April
$399
May
$409
June
$398
July
$384
August
$312
September
$274
October
$281
November
$340
December
$318
September is currently the cheapest month to fly to Jackson. At this moment in time May is the most expensive month. These prices are determined by multiple factors and booking in advance can help keep costs down if your schedule is not as flexible.

When is the best time to fly to Jackson-Evers Intl Airport?

Average Jackson-Evers Intl flight ticket prices and weather conditions for 2022 and 2023 by month.

Which day is cheapest to fly to Jackson?

Saturday is currently, on average, the cheapest day to fly to Jackson. Flying on Sunday will result in higher flight prices.

What time of day is cheapest to fly to Jackson?

At the moment, flights in the evening are likely to offer the best value for money for your Jackson trip. A flight at noon will more often than not be of higher cost.

Jackson, Mississippi, has seen its share of turmoil, but if there is one thing travelers booking flights to Jackson can count on it’s a city devoted to its civil liberties.

Throughout the 1960s, Jackson was a focal point of the Civil Rights movement. One civil liberties group in particular, The Freedom Riders, ended their struggle for equal rights in Jackson. Their journey (in which they rode in buses) to segregated states started in Washington, DC, and attempted to end in New Orleans. But in 1961, a large group of Freedom Riders were arrested in Jackson for “disturbing the peace” after leaving their bus.

In spite of its turmoil, Jackson has maintained its southern charm and personality. Today, visitors booking flights to Jackson will find a city booming in health and technology innovations, and a city thriving in arts and urbanity. The most visited tourist attractions in Jackson include the Governor’s Mansion, the Old Capitol Museum, and the Mississippi Museum of Natural Science, which features a “Swamp” and an aquarium.

The weather in Jackson is warm and humid in summer, and mild in winter, temperatures never extreme at either end of the scale. Rainfall is fairly high, and can occur at any time of year. In the late summer and fall Jackson is sometimes in the path of hurricanes moving north from the Gulf of Mexico. Tornadoes are also a threat between February and May.

Tornados threaten the city from February to May, and rain is a constant all year-round, but there is no real “off season” in Jackson. Take some time to plan ahead and you can find cheap flights to Jackson at any time of the year.

Getting around Jackson, MS

Driving is the best way to get around Jackson. Public transportation in Jackson can be difficult to manage. You won’t have trouble finding a ride, but you’ll find route times and fares vary. Many of Jackson’s attractions are outside the city, so renting a car is your best bet. You can also get a taxi by calling ahead of time or picking one up at your hotel.

What airport do you fly into for flights to Jackson?

See alternative destinations where airfare is generally forecast to be close to Jackson flight prices. 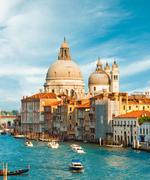 Find the best Jackson flight deals for you

Cheap tickets to Jackson found by our users in USA as recently as May 19, 2022.

Other local departures to Jackson-Evers Intl from United States

Not set on Jackson? See the cheapest flights to United States. Airfare prices updated on May 19, 2022.