Flights to Venezuela in 2022

The cheapest ticket to Venezuela found for each month in 2022 based on historical flight searches by Cheapflights users.

When is the best time to fly to Venezuela?

Where are the most popular flight destinations in Venezuela?

The most popular flight destinations in Venezuela are Caracas, Valencia, Maracaibo, Barcelona and Porlamar.

From hiking in the Andes or swimming in the Caribbean, to canoeing the Orinoco River and standing among the skyscrapers of Caracas, Venezuela offers options for any type of traveler. Travelers booking flights to Venezuela will have an abundance of things to do.

Head to the Isla de Margarita for some beach time, or go fishing or scuba diving in Los Roques. Adventuresome travelers booking flights to Venezuela can’t go wrong in the Andes, and nature lovers should not miss Los Llanos. Venezuela is also packed full of family activity on Isla de Margarita. Grab the family and book Venezuela flights for all at one of the cities all-inclusive resorts.

Venezuela has a little bit of everything that Latin America has to offer, with the addition of thousands of miles of Caribbean coastline. The constantly pleasant temperature that makes it easy to book a flight to Venezuela all year round.

Venezuela’s 2,000 miles of coastline enjoy tropical conditions year round. The temperature averages 77 F and it rains often, especially between June and November. It’s extremely hot and humid in the southern and central parts of the country, where you’ll see lots of rain. It gets colder the higher you climb in the Andes Mountains.

Best Time to Fly to Venezuela

Tourists booking flights to Venezuela should plan ahead. Venezuela flights and hotel rooms book up fast during the summer months and prices can get expensive.

The best time to visit is between January and April. For Angel Falls at its most spectacular, visit during the rainy season (from May to November).

Unsurprisingly for an oil-producing nation, petrol is cheap in Venezuela, making car rental a good option for travellers. All the major, international car-rental companies are represented at airports.

The following chart gives approximate journey times from Caracas (in hours and minutes) to other major cities and towns in Venezuela.

The subject of continuous upgrades and improvements since 2000, Maiquetia International Airport can still be a challenging place to negotiate, especially for rookie travelers. Venezuela gets a lot of bad press, most of which is undeserved – yet precautions should be taken to ensure that you remain safe, and that you bring back only good memories from your time abroad.

Due to its location at nearly the mid-point of the Americas, flights to and from Simón Bolívar International Airport of Maiquetia are provided by a vast number of airlines, offering connections to some truly interesting and exotic destinations.

See alternative destinations where airfare is generally forecast to be close to Venezuela flight prices. 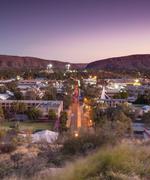 Select your preferred flight destination in Venezuela from the list below.

Select your preferred route to Venezuela from United States below

Not set on Venezuela? See the cheapest flights to United States. Airfare prices updated on January 25, 2022.