Are there currently restrictions on travel to Pierre related to COVID-19?

When is the best time to fly to Pierre?

Whilst there are several times of the year to choose from, January is seen as the time to fly to Pierre, however, it is possible to get good deals throughout the year. July sees the temperatures in Pierre peak to their warmest. June tends, on average, to see the most amount of rainfall. 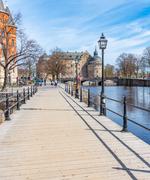 Cheap tickets to Pierre found by our users in USA