The best prices found for ABQ flights for October, November

Cheap flights to New Mexico found for this year

Late deals on round-trip flights to New Mexico, departing today and this week

Can I fly to New Mexico from USA right now?

Most visitors from USA need to provide a negative COVID-19 test result and/or quarantine to enter New Mexico.

Quarantine requirements
Visitors from USA are not required to quarantine after entering New Mexico.


Can I fly back to USA from New Mexico?

Returning to USA from New Mexico

Quarantine requirements
Visitors from New Mexico are not required to quarantine after entering USA.

The cheapest ticket to New Mexico found for each month in 2021 based on historical flight searches by Cheapflights users.

January
$278
February
$256
March
$326
April
$306
May
$304
June
$343
July
$337
August
$284
September
$278
October
$284
November
$289
December
$297
Currently, February is the cheapest month in which you can book a flight to New Mexico. Flying to New Mexico in June will prove the most costly. There are multiple factors that influence the price of a flight so comparing airlines, departure airports and times can help keep costs down.

When is the best time to fly to New Mexico?

Average Albuquerque flight ticket prices and weather conditions for 2021 and 2022 by month.

Flying to New Mexico in May is usually considered the best time to fly. However, you will find other deals are always available year round. If weather is an important factor for you when considering when to fly to New Mexico, the warmest period tends to be July, with the wettest being August.

When is the best time to book a flight to New Mexico?

Booking 34 days in advance of your planned departure date is, on average, the best time to get cheap flights to New Mexico. The general trend is that the closer you book to the departure date, the more expensive your flight will be.

Which day is cheapest to fly to New Mexico?

The cheapest flights to New Mexico are usually found when departing on a Friday. The departure day with the highest cost at present is Sunday.

What time of day is cheapest to fly to New Mexico?

New Mexico flights can be made cheaper if you choose a flight at noon. Booking a flight in the evening will likely mean higher prices.

Be careful when booking flights to New Mexico, it’s likely you’ll never want to leave the “Land of Enchantment.” New Mexico still inhabits much of Spanish and Indian heritage and travelers on New Mexico flights will quickly get caught up in the state’s rich history and culture.

Be prepared to get totally absorbed in the culture when your flight to New Mexico arrives. The Pueblo, Navajo, and Apache tribes still occupy much of the New Mexico land and many of the tribesmen still speak their native language. The Navajo Indians, the largest Native American Group in the nation, have a reservation that covers 14 million acres in New Mexico. In fact, the Native American culture is so strong in New Mexico that tribal law holds more weight than state law in some reservations. Meanwhile, in small mountain villages throughout New Mexico, the Hispanic culture remains rooted in its Spanish history.

But when you book flights to New Mexico and experience the state, you’ll realize that not all is old and ancient. Tourism still serves as a large financial boost to the New Mexico economy. Tourists booking New Mexico flights and accommodations take plenty of time to visit the ruins at Fort Union and pay their respects to Billy the Kid.

The rainy season is July through early September. Santa Fe and Taos, at 7,000 feet, have midsummer highs in the low 90s (F). Albuquerque, at 5,300 feet, is about 10 degrees warmer. Summers in the plains and deserts usually exceed 100 degrees. Winter days in Santa Fe and Taos can be in the 50s, and some snow falls but melts quickly. The lower Rio Grande Valley gets under 2 inches of snow; the ski resorts receive up to 300. Spring and fall are mild.

When is the best time to fly to New Mexico?

Summer is the high season and when most people book New Mexico flights and hotel rooms. The Santa Fe cultural season and Indian and Spanish markets are in full swing July and August. The Taos Pueblo Powwow is also in July and the Taos Arts Festival in September. The Albuquerque International Balloon Fiesta is in October. Most Native American ceremonial dances that are open to the public are held in summer, early fall, Christmas, and Easter. Thanksgiving through March, skiers flock to the mountains.

Spring is a mild, but windy, time to visit. October has the best weather and changing colors of mountain foliage. Late fall and winter are mild and cool in the desert regions. Winter, away from the mountains, is a good time for bird watching.

What is the best way to travel around New Mexico?

Regional airlines have scheduled New Mexico flights to in-state destinations. There is limited bus service, and trains traverse the state in the north and southwest. The best way to get around New Mexico is with a car.

Before setting out, make sure the vehicle is in good condition. If it breaks down in a remote area, you can be stranded for quite a while. July through early September is the rainy season, and warnings about flash floods in arroyos are serious—vehicles can be washed away.

Indian reservations and pueblos have their own customs and laws, including driving laws. Check with the visitor centers for full details.

Driving around Albuquerque is not difficult except for the local drivers. Pay attention as they tend to spontaneously turn and rush through yellow lights. Parking is very difficult around the University of New Mexico. Buses service the metropolitan area and taxis are available.

The Santa Fe and Taos Plazas are easily explored on foot, and both have bus routes to the outer reaches. Santa Fe cabs are not metered (they charge a flat fee based on distance), and Taos has limited taxi service. During peak seasons, parking in both cities is hard to come by.

What is good to know if travelling to New Mexico?

See alternative destinations where airfare is generally forecast to be close to New Mexico flight prices. 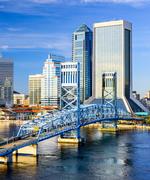 Select your preferred flight destination in New Mexico from the list below.

Select your preferred route to New Mexico from United States below