Are there currently restrictions on travel to Western Australia related to COVID-19?

Travel to Western Australia is currently restricted due to COVID-19. The restrictions for Western Australia are based on the Australia restrictions which are: Australia has restricted the entry of all travelers, with the exception of Australian nationals and permanent residents and their immediate family members, New Zealand nationals residing in Australia, diplomats accredited to Australia and residing in Australia and their immediate family members, and airline crew. Travelers who are not Australian citizens and returning permanent residents and their immediate family members need to apply for an exemption to enter Australia. Australia has enacted temporary travel restrictions for flights to Melbourne due to a recent increase in COVID-19 cases. All international travelers are required to quarantine for 14 days at the first point of entry, unless they're granted an exemption upon request. Quarantines take place in state-designated facilities and fees depend on the state, ranging from $2500 for one adult in the Northern Territory to $3000 for one adult in New South Wales. International flights are currently being diverted away from Victoria. Airline crew are subject to self-isolation until their next scheduled flight. For more information on quarantine rules in the Australian states, check the following websites: New South Wales The Northern Territory Western Australia Foreign nationals may transit through Australia if the connecting flight is within 72 hours of the arriving flight. They must either have a transit visa or be nationals of a visa-exempt country. Transit passengers don’t need to apply for an exemption to travel restrictions if they are booked to depart on a connecting flight from the same airport within 72 hours and they are not going to leave the airport. Travelers who plan to leave the airport before boarding their connecting flight or who will be at the airport for longer than 72 hours need to apply for a travel exemption here and will be subject to quarantine until their departing flight. Travelers from New Zealand and Pacific Islanders may not need a travel exemption. More information on transiting Australia is available here. Travelers planning to travel across Australian state borders should note that some Australian states also have domestic travel restrictions, border restrictions, and quarantine requirements in place. In the case of onward travel within Australia, travelers are advised to check in advance with their travel/accommodation provider.. If you are planning to travel to Western Australia from an unrestricted area, please consider travel safety tips during this time.

When is the best time to fly to Western Australia?

May is typically the best time to fly to Western Australia, but there are other times where great deals are available. January sees the temperatures in Western Australia peak to their warmest. July tends, on average, to see the most amount of rainfall.

Which day is cheapest to fly to Western Australia?

At the moment, Wednesday is the most economical day to take a flight to Western Australia. Tuesday is likely to be the most costly.

What time of day is cheapest to fly to Western Australia?

Western Australia flights can be made cheaper if you choose a flight at noon. Booking a flight in the morning will likely mean higher prices.

Western Australia is Australia’s largest state, though its location on the isolated west coast makes it a state less traveled by many international visitors. However, those who book flights to Western Australia say it’s not a place to be missed.

The good news is that domestic Western Australian flights are relatively cheap and are worth the jaunt for some of Australia’s best snorkeling and diving, historic towns, amazing natural scenery, and worthy wine regions. Travelers booking flights to Western Australia from September to November will witness a display of wildflowers that blanket much of the state. Cycle through the state capital of Perth for some of the best outdoor biking and beach trails in the world. Head toward the Kimberley — the northwest area of Western Australia — where cattle farming and tourism excel among red cliffs, waterfalls, and lagoons. Offer your hand on the million-acre cattle ranch and tour one of the world’s largest diamond mines.

Whatever the reason for booking flights to Western Australia, it’s certain the trip won’t be a waste.

Western Australia’s diverse climatic zones are broken up into three parts: north, central, and south. The North section holds a tropical, sunny environment with hot days and a long dry season. Things cool down a bit during chilly evenings between April and September, as well as the wet season lasting from October to March. As a general rule, rain and thunderstorms prevail in the north year round.If you’re planning on booking flights to Western Australia and staying in the central region, be prepared for scorching days: The semi-arid ecosystem is plainly desert land.In the southern division, Mediterranean summers are warm and dry, and winters are usually wet and mild. Especially in Perth, the hot summer weather is refreshingly cooled by sea breezes, and it’s easy to enjoy the lack of humidity in one of the region’s biggest cities.

Booking cheap flights to Western Australia during Australia’s winter (June to August) allows you to enjoy the best of both worlds. It’s hot enough to take a dip in the water, but cool enough for daytime trekking without scorching temperatures.

Off-Peak Season: If you’re planning on booking cheap flights to Western Australia between June and August, make sure to pack warm clothes so you can brave the snow and rain with gusto. Temperatures reach freezing limits and most tourist attractions are closed, but for a unique (and chilly) experience, it’s the perfect time to see a different side of the land down under.

Getting around Western Australia

With an area three times the size of Texas, there’s quite a bit to see, so there’s a lot to consider when it comes to getting around. Since the area is so large, you might want to book domestic Western Australia flights to ensure that your time is well spent.

If road tripping excites you, then driving around Western Australia will guarantee photo opportunities with breath-taking scenery. Conveniently, rental agencies are found in main areas and cities like Perth and Sydney. Since you’re bound to be in the car for long periods of time, be sure to travel with enough gas for emergencies, because civilization isn’t always just around the corner.

Bus and railway systems are other methods of Western Australia travel to consider. Greyhound buses connect to major cities, and the two bus companies, Transwa and McCaffertey’s will take you to most tourist destinations. For even longer distances, choose the India Pacific Railway, which serves between the two respective oceans. The Great Southern Railway runs between Perth and Sydney twice weekly, and each trip takes approximately three nights.

Bungle Bungles: Considered by some viewers as “the spine of the earth,” the Bungle Bungles are a huge collection of sand deposits that look like fingers coming up from the earth’s surface. To see what some view as spiritual ground and a mysterious natural wonder, book flights to Western Australia and experience the 450-square mile span of wind-worn sandstone nubs. Discovered fairly recently in the 1980s, they are sometimes referred to as pumululu, which means sand stone in the indigenous Kidja language.

Dampier Peninsula: If the tropical north is your first destination from your flight to Western Australia then a little planning will go a long way, especially if you want to truly experience all that the outdoors has to offer. The red soil and turquoise waters of the Dampier Peninsula make a mosaic of land that is largely inhabited by aboriginal culture. Aside from the occasional monsoon during the wet season (December- March), staying at one of the peninsula’s resorts in Kooljama or Middles Lagoon will expose you to a life-changing experience.

Coral Coast: If seaside expedition draws you to book a flight to Western Australia, then the coral coast on the Indian Ocean will satisfy your aquatic desires to explore. The northern part of Western Australia that meets the Indian Ocean is full of exotic marine wildlife and protected coral for the seabed voyager to observe. Whale sharks, dolphins, turtles, and manta rays cruise the deep waters and become part of the lavish underwater village around you. Because of the sparse rainfall and few rivers that run toward that section of the ocean, hardly any sediment makes it into the clear water, making it largely unpolluted. 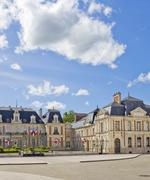