When it comes to travel, who wouldn’t enjoy a BOGO (buy one, get one free) bon voyage? Give your summer vacay a leg up with stopover flights by booking trips with multiple legs to enjoy an exciting new destination along the way.

Whether you’re looking to break up a long-haul, round-the-world flight or curious to see a new city, adding a stopover can easily turn a simple, singular trip into two trips, many times for no extra cost.

Dual destination vacations are considered a win-win: travelers get a bonus trip, and the travel industry gets travelers to book hotels, meals and excursions that they might not have otherwise when enjoying a “free” stopover.

Keep in mind, stopovers are different from layovers. Layovers are multi-hour stops in between connecting flights. A stopover is 24 hours or more, allowing travelers the chance to explore a destination before journeying onward to another.

Some airlines have established stopover programs, but you can also look for “open-jaw tickets,” a series of flights that connect passengers to multiple cities. Start by searching for round-trip plane tickets, pay attention to the layover locations on non-stop flights, and note the prices. Then, redo the search by selecting “multi-city” and compare the ticket prices. Booking “multi-city” tickets give travelers the chance to see extra destinations and control how long the layover lasts while potentially saving money, too.

To get the best deal, be flexible. Flying mid-week and on non-direct flights can save money, particularly when multiple people are traveling together. Traveling in the off-season can also add to the savings.

Here are our favorite stopover options, helping savvy travelers see an extra destination or two along the way – after all, it’s the journey that matters. 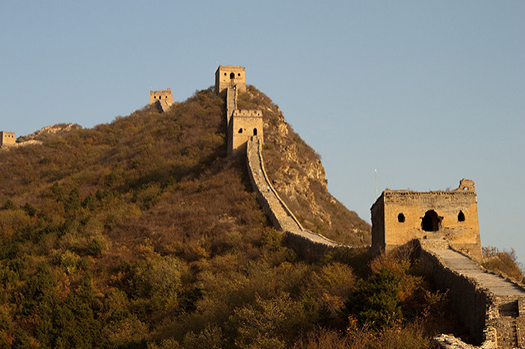 Japan Airlines offers a stopover program in Tokyo, which is a great way to break up a long-haul flight to Asia. Many flights have layovers at Narita International Airport, but it’s worth stopping in Tokyo to sample some of the best restaurants in the world and soak up the street culture in Roppongi for a day or two before taking off on a roughly three-hour trip to Beijing, China to visit historic landmarks like the Forbidden City and the Great Wall. 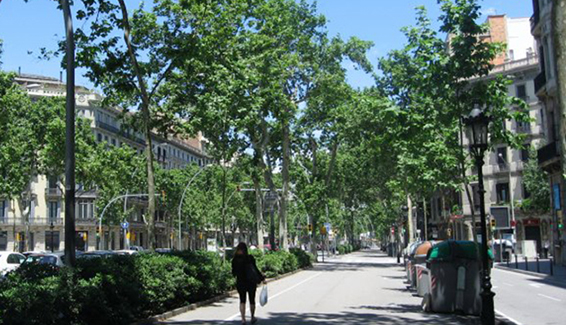 Barcelona, Spain is roughly 20 miles from Morocco, so adding an easy stop in Africa can elevate a European vacay into a brag-worthy two continent tour. Holiday-makers often combine the two destinations, which can be traversed via a ferry that takes 24 hours or a two-and-a-half hour flight. Admire Pablo Picasso’s art at the Museu Picasso, stroll Las Ramblas, walk through Gaudi’s Parc Guell and sample Spanish wines and savory tapas in Barcelona before flying to Marrakesh to circle the Koutoubia Mosque, shop in the souks, stroll the tannery district and relax at a hammam (bath house). 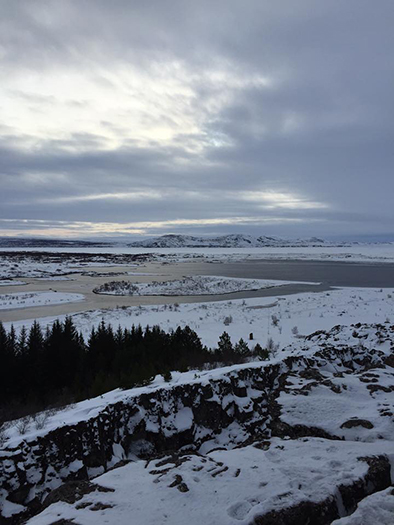 Icelandair affords travelers the opportunity to stay for up to seven nights to explore the Blue Lagoon, chase the Northern Lights and enjoy Icelandic hospitality before flying to destinations in Europe. Travelers can depart from 16 North American cities, stopover in Iceland, and continue on to 27 European destinations like Copenhagen, Denmark, Oslo, Norway and Stockholm, Sweden at no extra charge. Travelers can even employ the buddy system with Icelandair Stopover Buddy Service.

Search for flights to Iceland 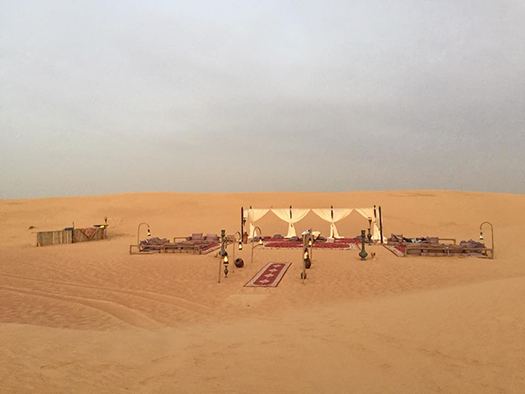 Emirates‘ stopover program is one of the most expansive as the airline flies to more than 150 destinations around the world via Dubai. It’s an ideal way to break up a long haul flight around the world, like a New York to Sydney flight. Once travelers confirm and pay for their flights, the free stopover in Dubai can then be added through a local Emirates office or travel agent (travelers must remember to factor in the duration of the stopover into their itineraries to avoid extra fees). The free stopover package includes a welcome pack, discounts at more than 90 partner hotels, return transfers to and from the hotel, and buffet breakfast. Combining a Dubai-Sydney trip allows travelers to have a trip with two beautiful contrasts: from desert safari, shopping at souks, and the world’s most impressive buildings and hotels in Dubai to days spent at the iconic Harbour Bridge, Sydney Opera House and Royal Botanical Gardens Down Under in Sydney. 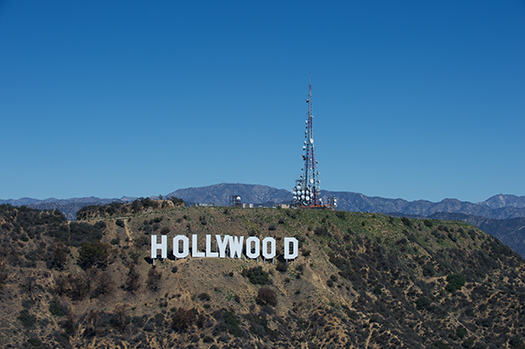 While Hawaiian Airlines doesn’t outwardly promote stopovers in Hawaii, it is possible to book a stop along the way to break up a cross-country flight. Be sure to read the stopover rules prior to booking. Since many flights to Hawaii’s six islands connect through California, it’s easy to add in a California vacation en route to the South Pacific. With two airports in the Los Angeles area to choose from, travelers have the flexibility to comparison shop. After checking out these 52 super cool things to do in Los Angeles, say aloha to crystal clear blue waters, warm sandy beaches, shady palm trees, and lush mountainous landscapes on Kauai, Oahu, Molokai, Lanai, Maui or Hawaii Island. Travelers should pick at least two or three islands: Oahu boasts ideal surfing at North Shore, as well as iconic sights like Pearl Harbor and Waikiki Beach, while Maui offers some of the best beaches. In Molokai and Lanai, travelers are transported back in time on islands that remain untamed. Kauai offers natural wonders like Waimea Canyon and the picturesque Napali Coast, while Hawaii Island, the largest island, is home to Kilauea, one of the world’s most active volcanoes. 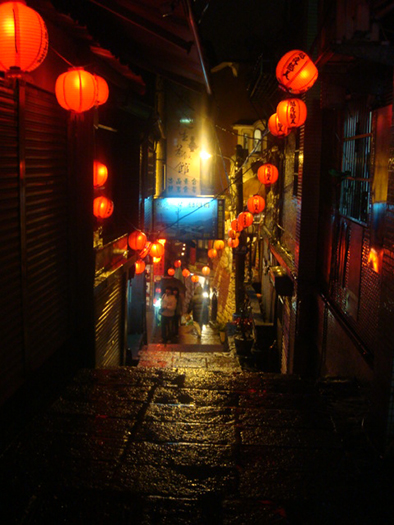 The flight from bustling Taipei, Taiwan to the glittering skyscrapers and shopping of Hong Kong is a mere 90 minutes, making this an easy stopover for an Asian adventure. It also helps that Taiwan Tourism is offering a free stopover in Taiwan promotion for North American travelers who book a stopover and change of planes in Taiwan en route to other countries in Asia. Spend a few days in Taipei eating your way through the lively night markets, soaking in hot springs, and exploring the National Place Museum or travel just outside the capital to coastal town Jiufen before flying to Hong Kong for dim sum, shopping, and summiting Victoria Peak for a bird’s eye view of Hong Kong. 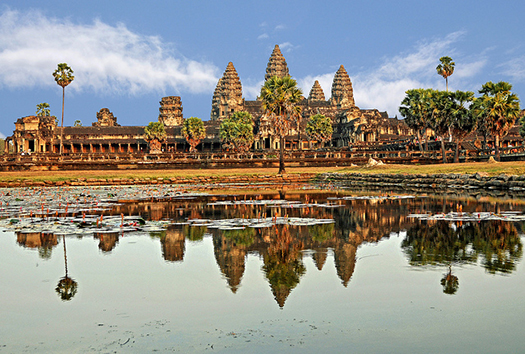 While you could take a bus from Vietnam to Cambodia, flying is a quicker and sometimes more convenient option. After admiring the French colonial architecture, strolling Ben Thanh Market and indulging in Vietnamese pho in Ho Chi Minh City, fly one-hour across the border to Cambodia to explore the temple complex Angkor Wat, the largest religious monument in the world, in Siem Reap, Cambodia. 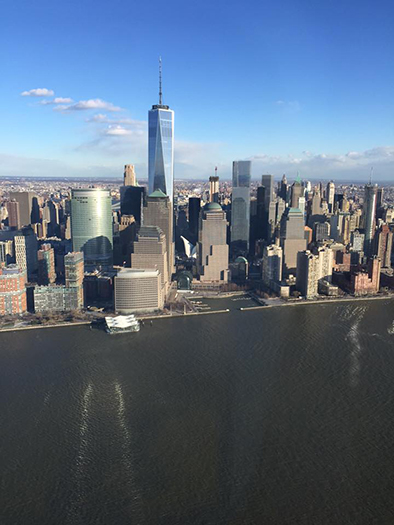 Whether it’s the bright lights of Broadway, soaring skyscrapers, magnificent museums, shopping or food that beckon travelers to New York, the “city that never sleeps” is an ideal beginning to a trip abroad as there are three airports from which to arrive and depart. Add a stopover in Canada en route to a destination outside the U.S. and Canada with Air Canada’s stopover program, which offers a stopover program starting at $49 in Montreal, Toronto and Vancouver for connections over six hours and up to one night. Travelers can also add a second Canadian stopover on the return flights from more than 190 destinations on five continents. 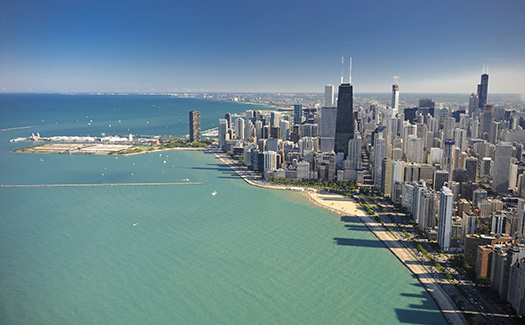 Both Chicago and Detroit are major hubs for American airlines. Detroit Metropolitan Wayne County Airport is the second-largest hub for Delta Air Lines and Chicago O’Hare International Airport is a major hub for American Airlines and United Airlines, meaning many flights connect through these major metropolises. In a mere 45 minutes, travelers can be whisked from the Windy City’s shops along the Magnificent Mile to trendy restaurants and famous sights in downtown Detroit, providing a terrific trip to two iconic American cities in a minimal amount of time.

Miami, Florida and The Bahamas

Travelers taking a cruise to the Bahamas from Miami, Fla. should enjoy the Sunshine State before boarding the cruise ship. Consider a stopover in Miami, Fla. to get a head start on soaking up the sunshine on South Beach, admiring Art Deco architecture, and enjoying Cuban cuisine in Little Havana before embarking on a Caribbean holiday, With three airports in South Florida, travelers can be Bahamas beach bound in under an hour – long before cruise ships pull into port. 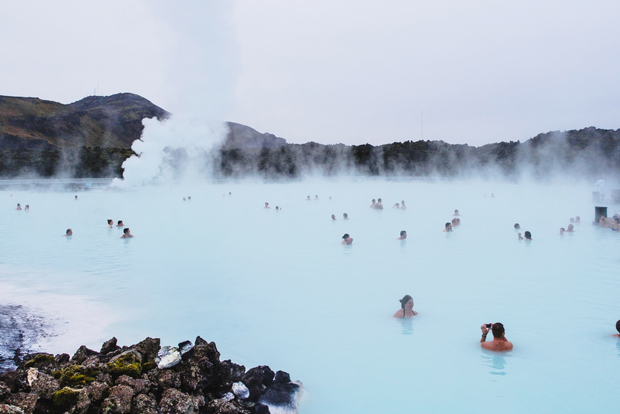 The bad news: you’ve got a lengthy stopover. The good news: it’s in Reykjavik, Europe’s coolest capital. Here’s what to do in...
Catherine Roberts

Would you rather?: Romance travel edition

February is a month when both romance and vacation are on travelers’ minds. Whether it’s because of all the Valentine’s...
Nicole Rashotte

Irish you were here: 10 lucky souvenirs to give your friends

No matter where you travel, buying souvenirs, especially for friends and family back home, is usually part of the experience....
Jessica Padykula

CheapflightsInsider tipsGive your vacay a leg up: 10 trips made better with a stopover