January
$1357
February
$526
March
$558
April
$738
May
$732
June
$1196
July
$892
August
$681
September
$853
October
$678
November
$0
December
$1172
November is currently the cheapest month to fly to Santander. At this moment in time January is the most expensive month. These prices are determined by multiple factors and booking in advance can help keep costs down if your schedule is not as flexible.

When is the best time to fly to Santander?

Keeping in line with the tourist patterns found in the rest of the country, Santander is most popular between May and August. These months are therefore best avoided when looking for cheap flights to Santander. Weather-wise, aim for a visit during peak season; the Bay of Biscay is known to get temperamental during the colder months, swamping the city in storms and mist. Annual temperatures peak in August, with daily highs averaging around 24 degrees Celsius. July is also warm, hitting 23 degrees, with the heat petering out in mid-September. The climate is at its coldest in January and February, when temperatures range from 6 to 14 degrees.

Visitors may prefer to take a flight to Santander to coincide with one of the many events the city hosts. The packed events calendar begins with the Epiphany celebration of the Cavalcade of Magi on 5th of January. Other popular celebrations are held throughout the year, including Cantabria Child Day, a traditional event and tourist must-see that includes archery, wood chopping and the much-loved ceremony of milkmaid racing

Which day is cheapest to fly to Santander?

Friday is currently, on average, the cheapest day to fly to Santander. Flying on Saturday will result in higher flight prices.

Flights at noon are typically the cheapest time of the day to fly to Santander. Flights in the morning are usually the most expensive.

The Cantabrian port of Santander truly is one of Spain’s best kept secrets, as well as one of its most impressive. Crisscrossed by sweeping plazas bathed in bon vivance, Santander rightfully enjoys a place among some of the country’s grandest cities. Where the Gothic architecture runs out, Renaissance and Baroque begin, and when all that comes to an end, strips of sandy beaches separate the city from the Bay of Biscay. But that’s not all, for to the south crest the rugged summits of the Picos de Europa, the preferred terrain of the Cantabrian brown bear.

Travellers take flights to Santander to see many of its fine sights, including some of the region’s most impressive buildings. Be sure to investigate Plaza de Pompo and its surroundings, before making a trek to the Palacete del Embarcadero and the medieval Catedral de Nuestra Señora de la Asunción. There is also a strong casino culture in the city, with all the action happening on Plaza de Italia, moments from El Sardinero beach.

Alternatively, indulge the brain and explore one of Santander’s many fine museums. The Prehistoric and Archaeological Museum of Cantabria is a particularly good example of its genre, while the Bullfighting Museum provides an in-depth look into one of Spain’s most famous traditions. Additionally, a wealth of pieces are on display at The Municipal Museum of Arts, including paintings and sculpture from the 15th to 20th centuries, as well as Goya’s famous painting of King Fernando VII.

Finally, Cantabria is famed for its cuisine, and Santander hosts more than its fair share of fine restaurants. Take a walk around the waterfront and the old town areas to find your eatery of choice, but be prepared to wait for a table at more popular establishments. Local specialties are many, including classics such as fried squid, clam casserole and a celebrated bean stew prepared with collard greens, bacon, pork ribs, black pudding and chorizo.

Due to its intimate size and concentration of sights, Santander is a city that is best explored on foot. Public transport is readily available, with the Municipal Bus network operating a comprehensive and reliable service.

Flights to Santander Airport (SDR) operate throughout the year, with seasonal routes running to Dublin, Edinburgh and the Canary Islands. The international airport is located just outside the city. Airport connection buses depart for Santander city centre every 30 minutes between early morning and late night. Private hire taxis are also available at the airport, as are rental cars. 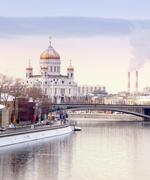 Prices found by our users for local departures to Santander

Other local departures to Santander