Can I fly to Penang right now?

Malaysia has restricted entry to all travelers through at least December 31, except for citizens, permanent residents with a MyPR card, diplomats, embassy employees, and spouses or children of Malaysian nationals, who must have a sticker label visa in the passport specifically indicating this status. Travelers with a Malaysia My Second Home (MM2H) permit and a printed entry permit from the Ministry of Tourism, Arts and Culture and students with a student pass for a Malaysian institution may also enter the country. On July 11, Malaysian Immigration issued updated guidelines for expatriate, skilled worker, and knowledge worker pass holders and their dependents to request permission to return to Malaysia. These guidelines also include instructions for pass holders currently in Malaysia who wish to depart and then return to Malaysia. Check the Malaysian Immigration website for more information.

From August 17, all foreign residents who are returning to the country will be required to complete an application on the MYEntry online platform. Airline crew must present a "Health Declaration Form" upon arrival, are subject to quarantine until their next flight, and must install the 'MySejahtera' app.

All arriving travelers will be tested on arrival, and are subject to a 14-day quarantine requirement in a government facility. All costs for the quarantine are borne by the traveler. Travelers will be required to download the MySejahtera application and will be issued a wristband for identification and monitoring by the authorities during their quarantine period. Foreigners with valid visas or work permits who entered Malaysia BEFORE the MCO began on March 16 may enter Sarawak without quarantine, but must request advance permission from the Sarawak State Disaster Management Committee (SDMC). Foreigners with valid visas or work permits who entered Malaysia during the MCO will be subject to a mandatory 14-day quarantine in a government facility at their own expense, and must first request advance permission from SDMC. As of July 28, all foreigners who enter Sarawak from overseas will be required to undergo COVID-19 testing on the second and tenth day. They will be responsible for covering the costs of their quarantine and testing. More information is available here.

Travelers may not transfer from international flights to domestic flights, except for Malaysian nationals who are traveling to Sabah or Sarawak. Foreigners may not enter Sabah without prior approval, which must be requested in advance from the Sabah State Secretary (Setiausaha Kerajaan Negeri Sabah) at crisis@sabah.gov.my.

If you are planning to travel to Penang from an unrestricted area, please consider travel safety tips during this time.

When is the best time to fly to Penang?

April is typically the best time to fly to Penang, but there are other times where great deals are available. January tends to be the warmest period in Penang so if you are looking for sun or warmer climates then look to fly around this time. October is the wettest if you need to factor this in to your plans.

When is the best time to book a flight to Penang?

The price you pay for your flight to Penang may vary depending on when you book.For the best chance of a lower fare, look to book 58 days in advance of your trip. Fares are likely to increase a fortnight or so before your departure date.

Which day is cheapest to fly to Penang?

Sunday is currently, on average, the cheapest day to fly to Penang. Flying on Saturday will result in higher flight prices.

What time of day is cheapest to fly to Penang?

At the moment, flights in the morning are likely to offer the best value for money for your Penang trip. A flight in the afternoon will more often than not be of higher cost.

How long is the flight to Penang?

Flights to Penang, Malaysia from the United States range from about 19h-30h. The precise flight time you’ll experience will depend on your departure city and the number and length of stopovers. If you’re departing out of the west coast, such as from San Francisco, your flight time is likely to be on the shorter end of the spectrum. If you’re departing from a city like New York, your flight time will be on the longer end of the range, due to distance and the increased chance of an extra stopover.

Where can you get direct flights to Penang from?

There are no direct flights from airports in the United States to Penang, unfortunately. If you’re trying to book a flight that is as direct as possible, first consider flying out of your nearest major airport. Also try to book a flight serviced by the airlines that fly into Penang regularly, such as Malaysia Airlines, Singapore Airlines, Cathay Dragon, and United Airlines. Flights to Penang tend to make stopovers in cities like Hong Kong, Taipei, Singapore Changi, and Kuala Lumpur, depending on your airline.

How do you get from Penang airport to the city center?

When your destination is Penang, you’ll fly into Penang International Airport (PEN), which is about 11 miles south of Penang’s capital city, George Town. To reach downtown George Town from the airport, you can take a taxi, which will cost about $10-$13 and take under 20 minutes. You can also take a Rapid Penang bus from the airport to Komtar in the city center, which will cost only about $1 and take about 48 minutes. If you’re traveling in a group and have lots of luggage, a shuttle maybe your best option, which will take about 15 minutes and cost just about $16.

What are some things to do in Penang?

Penang is a state in Malaysia that consists of Penang Island and Seberang Perai on the mainland of Malay Peninsula. Its exquisite natural scenery and rich culture make Penang an exciting place to visit. For those who appreciate colorful ornate architecture, be sure to visit the stunning Kek Lok Si Temple, which consists of a massive pagoda, gorgeous gardens, and serene temples. Get to know Penang in an innovative way by spending an afternoon at Made in Penang Interactive Museum, where, as the name suggests, exhibits are interactive for a more meaningful experience. Penang Hill, also known as Flagstaff Hill, is the place to go for hikes and enjoying views across the city. Ride the funicular up the hill to better appreciate the vistas along the way.

Do I need a passport or visa to fly to Penang?

United States citizens traveling to Penang, Malaysia need a passport with at least six months of validity remaining from the date of your arrival, although a visa is not needed for visits under 90 days. 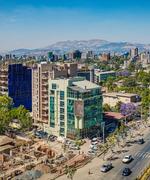