The cheapest ticket to Hvar found for each month in 2021 based on historical flight searches by Cheapflights users.

When is the best time to fly to Hvar?

Average Split flight ticket prices and weather conditions for 2021 and 2022 by month.

February is typically the best time to fly to Hvar, but there are other times where great deals are available. July tends to be the warmest period in Hvar so if you are looking for sun or warmer climates then look to fly around this time. October is the wettest if you need to factor this in to your plans.

Which day is cheapest to fly to Hvar?

Friday is currently, on average, the cheapest day to fly to Hvar. Flying on Thursday will result in higher flight prices.

Off the coast of Split, just 15 nautical miles from Baska Voda and accessible by ferry, is the island of Hvar, which abounds with Romanesque and Renaissance buildings and a true Mediterranean atmosphere. The island is noted for its fertile soil and was the site of the world’s first parcelling out of arable land by the ancient Greeks, who farmed there. It is now mainly a wine-growing area. The island’s main towns are Vrboska and Jelsa, famed for their Dalmatian wines, and it is dotted with picturesque villages.

If you’re sick of being in the air from your flight to Hvar, then head straight for the water. Divers will be pleased to stumble upon the diving center next to the Podstine Hotel, that has been run by a local family for decades. Here you’ll find equipment, instruction, and rooms. They provide packages like day tours, five-day diving trips, and full days of cave diving.

Built in the 15th century, the Franciscan Monastery lies south of the center of town, and is a hub for cultural gatherings. If you’re aching to meet locals before you board your return Hvar flight, then make sure to head to the cloister when a concert is held every two days during the warm season. An art museum is inside, and it opens up to a garden with the view of the sea.

For history buffs booking flights to Hvar, you’ll be pleasantly surprised by the depth and beauty of the Fortress (Fortica). Built in the 16th century, it is set above Hvar Town. It was once a medieval castle, but was redone by the Venetians. Now, you can wander the dark hallways and old rooms and even a spooky downstairs dungeon.

What airport do you fly into for flights to Split?

Split (SPU), located 7.4 mi from the city center, is the airport you fly into when you book flights to Split.

See alternative destinations where airfare is generally forecast to be close to Hvar flight prices. 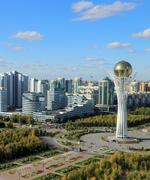 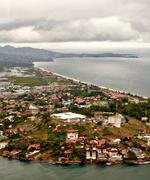 Other local departures to Hvar from United States

Not set on Hvar? See the cheapest flights to United States. Airfare prices updated on May 15, 2021.