Are there currently restrictions on travel to Windhoek related to COVID-19?

Yes, there are currently restrictions on flights to Windhoek along with the rest of Namibia. Before you book or search for flights, consider the following restrictions: Namibia has closed its borders until at least September 30. Only Namibian nationals and permanent residents may enter the country. Travelers are subject to a 14-day quarantine upon their arrival. All individuals entering Namibia must present proof of a negative COVID-19 test taken within 72 hours before their arrival in Namibia. All individuals intending to travel to Namibia must notify the nearest Namibian Embassy or High Commission of their intent to travel to Namibia no less than two weeks prior to departure. With effect from 3 August, travelers entering Namibia must enter quarantine in an approved facility at their own cost for a period of 7 days. A PCR-test will be taken at the end of that period, and those with a negative result will be discharged. . If you are looking to book a trip to Windhoek and are outside of the restricted areas, please take the proper precautions and stay informed about traveling during COVID-19.

The capital of Namibia may not be an obvious tourist destination, but it still has its attractions for the visitor willing to try something new. It’s the center of the country’s substantial safari industry, while the city itself displays a blend of British, German and African influences.

Most of Windhoek is not particularly picturesque, but those who persevere will find pockets of interest. The National Gallery is worth seeing. Christ Church is an attractive building — now over 100 years old — which is strikingly constructed from the local quartz sandstone. It’s on the memorably named Fidel Castro Street.

Best Time to Fly to Windhoek

The hottest time to visit is between October and February but December sees the most rainfall. Cooler months, which also tend to be dry, are between May and August.

Windhoek does not have a bus network, but there are plenty of shared taxis. These operate in a similar manner to South African “combi” taxis: you hail a taxi by flagging it down in the street. Their routes are flexible, so don’t be worried if you turn down an unfamiliar road. 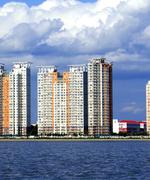 Cheap tickets to Windhoek found by our users in USA

Other local departures to Windhoek