Are there currently restrictions on travel to Los Mochis related to COVID-19?

Yes, there are currently restrictions on flights to Los Mochis along with the rest of Mexico. Before you book or search for flights, consider the following restrictions: Mexico has not implemented any entry restrictions, but travelers arriving from countries affected by coronavirus (COVID-19) will be screened, and those showing symptoms will be quarantined. A completed "Cuestionario de identificación de factores de riesgo en viajeros" must be presented to immigration upon arrival. The land border between Mexico and the US has been closed to non-essential traffic until at least July 21.. If you are looking to book a trip to Los Mochis and are outside of the restricted areas, please take the proper precautions and stay informed about traveling during COVID-19.

January
$468
February
$574
March
$505
April
$447
May
$465
June
$535
July
$314
August
$372
September
$527
October
$323
November
$369
December
$509
Currently, July is the cheapest month in which you can book a flight to Los Mochis. Flying to Los Mochis in February will prove the most costly. There are multiple factors that influence the price of a flight so comparing airlines, departure airports and times can help keep costs down.

When is the best time to fly to Los Mochis?

June is typically the best time to fly to Los Mochis, but there are other times where great deals are available. June sees the temperatures in Los Mochis peak to their warmest. August tends, on average, to see the most amount of rainfall.

What time of day is cheapest to fly to Los Mochis?

At the moment, flights in the evening are likely to offer the best value for money for your Los Mochis trip. A flight in the morning will more often than not be of higher cost. 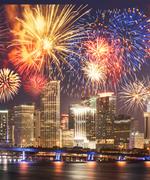 Cheap tickets to Los Mochis found by our users in USA

Other local departures to Los Mochis