January
$606
February
$787
March
$675
April
$531
May
$1159
June
$1103
July
$1099
August
$1159
September
$559
October
$516
November
$504
December
$1563
Currently, November is the cheapest month in which you can book a flight to Changsha. Flying to Changsha in December will prove the most costly. There are multiple factors that influence the price of a flight so comparing airlines, departure airports and times can help keep costs down.

When is the best time to fly to Changsha?

Summer is from May to August, and the city can be very hot and humid with average highs of around 35 degrees. It can be difficult to cope with the intense heat and humidity, so it isn’t considered the best time to visit. Autumn, from September to the beginning of November is thought to be the most enjoyable season and the best time to plan a visit. It is the driest season and temperatures drop to around 15 to 20C with a comparative drop in humidity. The Orange Isle Music festival takes place in September, and attracts a large number of people to the city. Spring is the wettest time of year, so if you’re planning to go between March and May do take a waterproof jacket. Temperatures are around 15 to 20C at this shoulder season time, and humidity is low. Winter, from mid-November to mid-March can be very cold with temperatures in January dropping to around 5C. Days are short and heavy fog from the river can further limit the amount of sunlight.

Public holidays such as the Chinese New Year for one week in January or February and the Chinese National Day holiday for the first week in October can make flights more expensive as there is a rise in demand. From September to early November is peak season and fares tend to be at their highest, although cheaper flights can nearly always be found. It is cheapest to visit the city during the low season or winter months of November to early March, while the May to August period is also relatively inexpensive.

When is the best time to book flights to Changsha?

The best time to book flights to Changsha is 60 days before your desired departure date. The cost of your flight will likely increase significantly if you book two weeks in advance of your flight.

Which day is cheapest to fly to Changsha?

The cheapest flights to Changsha are usually found when departing on a Thursday. The departure day with the highest cost at present is Monday.

At the moment, flights at noon are likely to offer the best value for money for your Changsha trip. A flight in the morning will more often than not be of higher cost.

Changsha enjoys an enviable location on the Xiang River, a branch of the mighty Yangtze, and is one of China’s main inland ports as well as a great choice for breaks and holidays. Capital of the Hunan province in the country’s south-central region, the city has been a major centre of culture and commerce since as early as the Qin dynasty from 221-207 BC. It became the provincial capital during the Qing dynasty from around 1664 onwards, and is notable for being the place where Mao Zedong converted to communism in the 20th century.

The Hunan Provincial Museum is the perfect place to learn more about the history of this incredible region, and there are exhibitions of pottery lacquer ware and silk from the Han Dynasty. A highlight is the tomb of the Marquess of Dai; Xin Zui lived during the Han era and you can see her body which has been preserved almost intact for over 2,100 years.

Orange Isle is one of the most scenic spots in the city and the oval shaped island in the centre of the Xiang River is also one of its best known parks. Chairman Mao immortalised it in ‘Changsha’ a poem he wrote at the age of 32, and today you can see a memorial statue of him as a young man at the southern end of the island.

The city lies at the foot of Yuelu Mountain, and you can take the cable car to the peak to enjoy impressive views over the city and the river. Walk down; stopping off at pavilions, teahouses and temples en route for a refreshing change from the bustle of the city.

Be sure to see Kaifu Temple which was listed as one of China’s most important Han era temples in 1983. The temple has an impressive decorated gate and imposing towers, and other highlights include the Hall of Heroes.

Changsha is one of the most important centres of commerce in the country, and it’s also a busy university city. You’ll find excellent shopping at Wuyi Shopping Circle, or try the 1D mall in the city centre which has a cinema and ice rink, plus dozens of shops and restaurants.

Changsha has a small subway system which is still being added to and it is a fast way to get around the centre of the city. There are plenty of local bus services, including one that operates on a ring route and stops at all the main attractions, but they can be very crowded and many are not air-conditioned. However, you’ll find that inexpensive taxis are readily available and though they charge more at night, they work on set metered rates. Taxis will take you on journeys that are as long or as short as you wish, but it is worth having someone write the name of your destination in Chinese so that you can show it to your driver and avoid confusion.

Huanghua International Airport (CSX) is the arrival point for most international travellers, and it is approximately 10 miles (16 km) from the city centre. It’s a 45-minute drive on the expressway, and if you wish to hire a car you’ll find all the major outlets at the airport. There is an airport bus service daily from early morning to late evening and there are taxis available which charge a set fare. 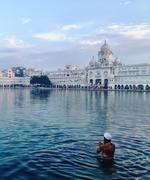 Prices found by our users for local departures to Changsha

Other local departures to Changsha