The cheapest ticket to Borneo found for each month in 2021 based on historical flight searches by Cheapflights users.

When is the best time to fly to Borneo?

Average Kota Kinabalu flight ticket prices and weather conditions for 2021 and 2022 by month.

Whilst there are several times of the year to choose from, September is seen as the time to fly to Borneo, however, it is possible to get good deals throughout the year. If you are looking for warm weather when you arrive off of your flight to Borneo then April is statistically the hottest. October is historically the period with most rainfall.

How long is the flight to Borneo?

Flights from the United States to the Kota Kinabalu International Airport on the island of Borneo range anywhere from 19h to well over 40h. Flight times depend on the U.S. departure city and number of stops.

Where can you get direct flights from the United States to Borneo?

Unfortunately, there are no direct, nonstop flights to Borneo from any city in the United States. Travelers can instead embark on two-stop flights instead. Common cities to fly out of are Chicago, New York City, Detroit, San Francisco, and Seattle. Airlines who service flights from the U.S. to Borneo are Qatar Airways, Xiamen, Delta, China Southern, Cathay Pacific, and WestJet.

How do you get from Borneo airport to the city center?

From the Kota Kinabalu International Airport, visitors can get into the city center via taxi, rental car or rideshares. Taxis are available outside of the airport and are ready to take visitors into the city. A more expensive but also more autonomous option is renting a rental car for your trip. The rideshare company that operates in Malaysia is Grab. It’s similar to the Uber rideshare app, and these trips taken with Grab can cost up to 40% less than taxi rides.

What are some things to do in Borneo?

Borneo is a gorgeous island nation in Asia known for possessing some of the oldest rainforests on the planet, the coastline, exotic wildlife and more. The tip of Borneo is a popular destination, offering unforgettable views of the sea.

One well-known and highly recommended activity to do while in Borneo is embark on a nature tour. Borneo Eco Tours offer tours of different areas and subjects of Malaysia: Wildlife, island, culture-driven, actives, etc. For visitors who want to be truly immersed in the culture and landscape, the Borneo Big 5 wildlife tour package comes complete with a stay at a rainforest lodge, catching a glimpse or two of exotic animals, like the pygmy elephant, orangutan, proboscis monkey, rhinoceros, and crocodiles. There’s also a night cruise included in this tour.

Travelers can also hop on the North Borneo Railway, a breathtaking train ride that winds for four hours through the lush, dense landscape. Train riders can also get a slice of Borneo culture, as a traditional “tiffin” colonial lunch is served on the return ride. And for travelers feeling extra adventurous, the Bike Borneo bicycle tour is the perfect balance of activity and a great vacation experience. The tour leads travelers through villages, rainforest and more.

Do I need a passport or visa to fly to Borneo, Malaysia?

See alternative destinations where airfare is generally forecast to be close to Borneo flight prices. 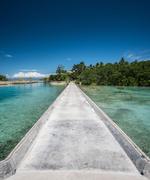 Select your preferred flight destination in Borneo from the list below.

Select your preferred route to Borneo from United States below