Join in the celebration by reflecting on the history of these well-traveled airlines, airfare prices, the flight experience and how far we’ve come.

Airfares: Now vs. then

The first aircraft Stephen Carbone flew: a National Airlines B727-235, tail number N4739; in the tradition National had of naming aircraft after flight attendants, this one was named ‘Sharon.’ (Image: Stephen Carbone)

Today’s flight experience is, of course, vastly different on many fronts from the early days of air travel. One of the most notable differences is how much we pay for our journey and what’s included in the price. Flight prices today are really about getting from point A to point B. While it’s been a major (and not hugely popular) shift to a la carte pricing for everything from checking bags to selecting seats, it’s just the most recent step in the evolution of flight pricing that has reshaped the industry since deregulation in the late 70s.

The average price (adjusted for inflation) for round-trip U.S. domestic airfares has fallen significantly since 1979, and the drastic drop in the price of an airline ticket can be attributed to deregulation of the airline industry. “Deregulation has been a boon for customers because they have benefited from airlines competing in the marketplace, which has led to more choice, service and affordable fares,” said Melanie Hinton, Managing Director, Airline Industry Public Relations and Communications at Airlines for America.

“In my parents’ generation, it cost several thousand dollars in today’s money to travel to Europe. Even coast-to-coast trips were something relatively few could afford,” said Patrick Smith, a pilot who runs the website Ask the Pilot. “The idea of flying as a form of mass transit, with college kids jetting home for a long weekend or to Mexico for spring break, is very new.”

So how else has flying changed “then” versus “now?” Let us count the ways. Prior to deregulation, it was illegal for an airline to charge less than the set rates. The advent of travel websites that search for flights and aggregate the prices contributed to the competition for lower prices as have lower cost carriers who compete not just on schedules, routes and service but also on price.

Despite the perception that, with fees for everything from seat selection to food, it costs more to fly these days, air travel is cheaper now than it used to be.

“Airfare has been falling for the past year and real airfares, including ancillary services, remain 10 percent below 2000 levels,” said Hinton. “According to the Bureau of Transportation Statistics, the average domestic airfare decreased to $377 in 2015, down four percent from $392 in 2014, falling to the lowest level since 2010, adjusted for inflation.”

“Commercial aviation kick-started an industry that today provides a kind of global connectivity that wasn’t possible prior to 1914, when the first commercial flight occurred,” said Pete Schlichting, an Airbus captain for a major airline.

Ticket prices were so high in the early days of air travel that most Americans couldn’t afford to travel.

Eight out of 10 Americans had never flown on a plane in 1965, according to a June 25, 1965 “Time” magazine article. By contrast, some 43 percent of Americans took a plane trip in 2007, according to a Gallop poll on airline satisfaction.

“Flying today is both affordable and accessible to many, not just the elite few,” said Hinton. The majority of people who flew in 2015 (55 percent) had household incomes of $75,000 or less, according to The Status of Air Travel in the United States survey conducted by Ipsos Public Affairs.

It took longer to get to a destination 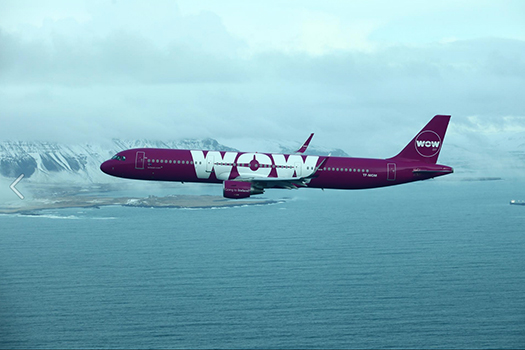 Before deregulation, routes were determined by the government, but there were several reasons why it often took longer to get from one place to another.

“It’s funny to imagine, but by the end of the 1920s, air travel was slower than train travel for long journeys because of frequent refueling stops, choppy air and planes were not able to fly at night,” said Schlichting. “Despite these challenges, passenger traffic grew from only 6,000 in 1926 to nearly 173,000 in 1929.”

Flying was an experience 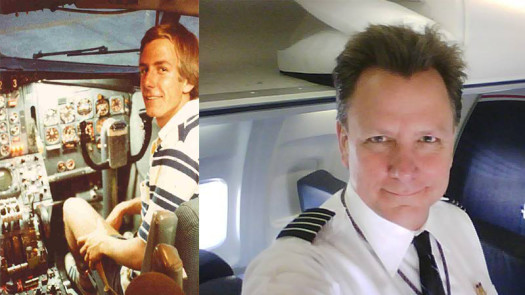 Flying for leisure wasn’t as commonplace as it is today.

“In the early days it was a bit of a privilege to fly, or at least it wasn’t commonplace for passengers to travel as often,” said Schlichting. “As a result, passengers considered the trip to be a fun adventure. They were better dressed and more patient. It was not common for children to fly, or at least at the very young ages that children fly today.”

The experience was exciting, and for many, the trip of a lifetime.

“My first 747 flight was on Trans World Airline (TWA) and it was all that we [my parents and younger sister] imagined and a few more surprises. This was the era [1970s] when gentlemen and sons wore a suit and tie, and women of all ages wore dresses or suits,” said Craig “Buzz” Conroy, author of “Effective Aviation Crisis Management.”

Flying wasn’t as glamorous as many think

Many passengers today grumble about airport security, seat selection and meager in-flight amenities, but the past wasn’t perfect either. For starters, the check-in process was slow.

“Upon entering the terminal, one checked in at the counter; everything was manually recorded and [passengers were given] paper copy tickets. You checked your bag because there were no overhead bins,” said Stephen Carbone, who has worked for the National Transportation Safety Board (NTSB), as well as the Federal Aviation Administration (FAA).

“You picked your seat on a first come – first serve basis at a separate counter. You chose a seat sticker from a board with an overhead view of the seats. The sticker was pulled off the board and adhered to your ticket jacket,” said Carbone.

Then, there was the issue of luggage. It wasn’t as fancy or high tech as it is today. Check out this vintage American Tourister commercial.

“People love to wax nostalgic about the long-ago, supposedly glamorous days of flying. But if you ask me if air travel ever had a ‘golden age,’ it’s right now,” said Smith, who is the author of “Cockpit Confidential: Everything You Need to Know About Air Travel: Questions, Answers, and Reflections.” “Flying is cheap, astonishingly safe, mostly reliable, and often a lot more comfortable than people give it credit for.”

Once upon a time, stewards in tuxedos served caviar on the finest china, passengers were entertained with the music of a grand piano, relaxed in smoking sections and retired to Pullman-style sleeping bunks.

“The presumed ‘Golden Age of Flying’ was much more expensive, less convenient and, in a lot of ways, less comfortable than flying is today,” said Smith. “You can have your Pullman berths and caviar of the 1940s, trundling along noisily, 17 hours from New York to Paris. I’ll take a state-of-the-art sleeper seat, 25-inch video screen, electric privacy barrier and five-course dinner presentation. It’s no contest; premium class flying has never been as swanky or as comfortable as it is today,” said Smith.

The seating has changed

In the early days, all seats were first class, said Seth Kaplan, managing partner of “Airline Weekly,” a subscriber-supported publication about the airline business.

“In the 1950s, airlines including Delta Air Lines, began experimenting with coach flights at off-peak hours – in other words, not first class and coach cabins separated by a curtain, but entirely separate flights. Later they begin offering two cabins on the same flight, as we see today,” said Kaplan.

The number of seats increased after deregulation kicked in, calling for more seats to make more profits per flying mile, said Carbone.

“Seats were wider because the airlines were subsidized, so they could afford flying fewer people to more obscure locations. This was changed with the introduction of the hub-and-spoke routing system,” said Carbone. “Destinations were now decided by passenger numbers, which brought about the concept of how many seats can we legally and safely fit.”

Depending on the airline, some seats have shrunk over time while others have remained the same.

The food has changed – for the better

Tray tables were uncommon in the early days. Meals had to be eaten on a pillow, which was placed on the lap of passengers, said Yannick Schmiech, Corporate Communications at Condor, who notes meals were always served with silverware and porcelain.

Airlines used to serve free full meals to passengers on longer flights. Flight attendants typically provided two beverage services and one meal service depending on the length of the flight. Free snacks, including peanuts and pretzels were given to each passenger. While free meals are a rare find today, most airlines sell in-flight snacks and meals to passengers.

“In many instances, airplane food, although free, was often criticized. Today, the airlines are competing against the many restaurants in the terminals that passengers can purchase and easily bring on board,” said Schlichting. “The quality of the meal has definitely improved and is competitive in price.”

The in-flight experience has changed

Even though passengers rarely get freebies like headphones, playing cards, pillows and blankets, improved aircraft interiors and more competition among airlines have led to enhanced and innovative in-flight experiences.

“There are definitely more creature comforts on board – both designed for employees and passengers. For instance, the galleys and lavatories are designed more user and customer friendly,” said Schlichting.

Today, airlines offer enhanced aesthetics like mood lighting, in-seat ordering, and personal televisions. In business and first class, seats recline flat or almost flat and many long-haul flights have personal seating pods. Emirates even has a bar in business class on its Emirates A380 and a shower in first class.

Wi-Fi connectivity has also been introduced on many flights.

“In-flight Wi-Fi has made a huge impact on the flying customer. Basically, that’s why movies are no longer offered on some flights,” said Schlichting. “Passengers can be more productive during the flight instead of feeling isolated.”

But the amenities aren’t just for business travelers.

“You’ll often have a personal video screen with hundreds of on-demand movies and television shows to pick from. Not every carrier has these, but on longer flights it’s a standard amenity,” said Smith, who believes comfort at 30,000 feet is at an all-time high. “Remember when the ‘in-flight movie’ was projected onto a blurry bulkhead screen, and you listened through one of those stethoscope-style headsets with jagged plastic cups that would scratch into your ear?” 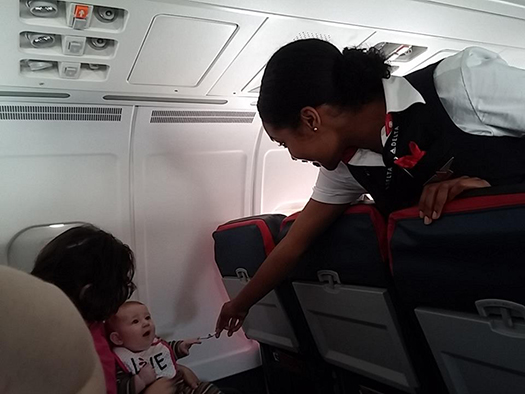 Seth Kaplan’s daughter Abriana getting her wings aboard her first flight on a Delta MD-88 in July 2015. (Image: Seth Kaplan)

Traveling by plane remains one of the most convenient and economical ways to see the world. Since the first commercial flight in 1914, the airline industry has grown and continues to innovate proving the sky really is the limit. There has never been a better time to fly the friendly skies.

Where will your next plane ticket take you?

Travel safety is very important to us. If your upcoming travel plans are impacted by the coronavirus (COVID-19), here’s what you should know.
cheapflights 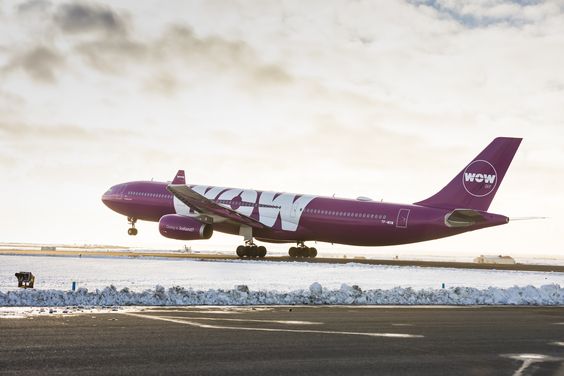 Founded by Skúli Mogensen in 2011, WOW air is a budget, long-haul airline based in Iceland which operated its inaugural...
Martin Clinton

Norwegian Air is the sixth largest low-cost carrier in the world, offering customers nearly 450 routes to more than 150...
Jessica Padykula