In countries all over the world, the man who chased the snakes out of the Emerald Isle is remembered through organized walking and quite a bit of drinking. But did you know these celebrations can also involve airborne vegetables, confusing traffic lights and military exercises?

Here are a few things about St. Patrick’s Day parades that may just surprise you. 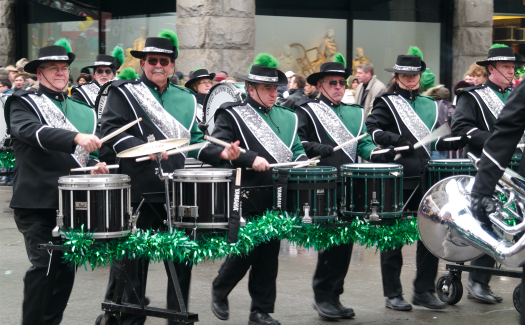 There are loads of St. Patrick’s parades in Japan. In fact, there are lots of parades in all sorts of places where you least expect them. The parade in Berlin is huge, for example, and Moscow has a whole series of events for St. Patrick’s Day. Montreal holds the oldest St. Patrick’s Day parade in Canada and there’s an Irish ball in Baku. In Dubai and Abu Dhabi there’ll be big nights out. Even the Irish pubs in Ulan Bator will be bedecked in green and serving Irish cuisine.

We’d like to think it’s because there’s global love for the Irish people, but it could just be because Guinness is brewed in more than 50 countries around the world.

Everybody wants the shortest parade 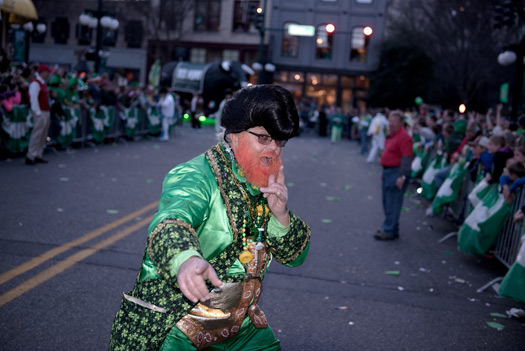 The current shortest parade is apparently held in Hot Springs, Arkansas. It’s a mere 98 feet. The title used to be held by Dripsey in Ireland where the tiny parade was basically a stumble between the only two pubs in the village, but one of the pubs closed down in 2007. Other places that compete for the title include Maryville, Missouri, Boulder, Colorado, and Pendleton, Oregon. It’s a parade, guys – there’s no shame in letting it last longer than a block.

One person can be a parade 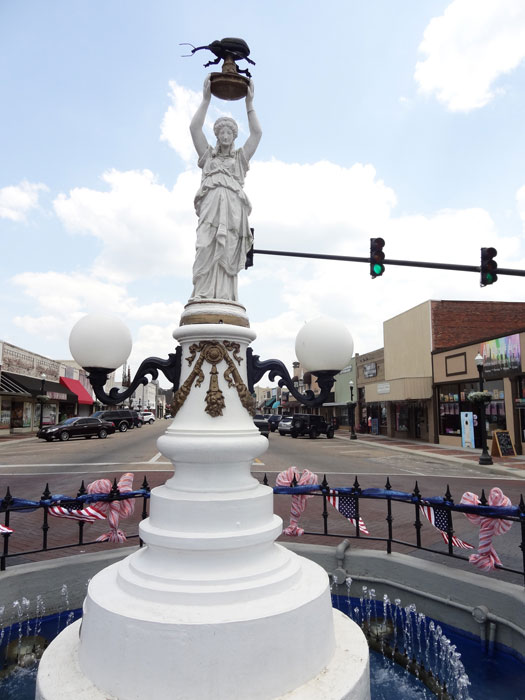 The world’s smallest parade has been held in Enterprise, Alabama, every year since 1993. It consists of only one person, of Irish-descent of course, who walks a single block and back. The parade’s turning point is the Boll Weevil Monument, possibly the world’s only monument to an insect.

The pot of gold is for buying a jet pack 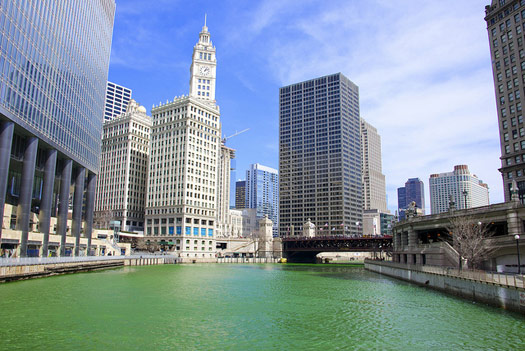 The Chicago River has famously been dyed green for St. Paddy every year since 1962. In 2013, a man dressed as a leprechaun used a water jet pack to float above the emerald water. No doubt this was such a surreal sight that many onlookers decided it really was a leprechaun and went home to sober up. 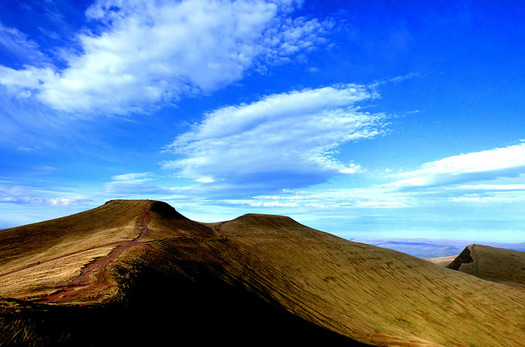 Wales, near where Patrick was born (Image: leshaines123)

The most historically appropriate parade is held in Banwen, Wales. St. Patrick, real name Maewyn Succat, was born in Banwen around 385AD. He was kidnapped by pirates at the age of 16 and sold as a slave in Ireland. Years later after coming back to Wales a free man, he then decided to head back to Ireland to do a bit of missionary work and so a legend was born.

The holiday used to be sober 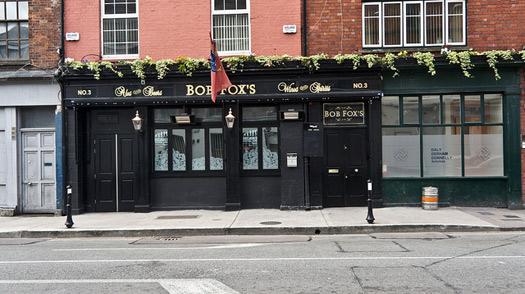 It’s hard to believe, but for more than 60 years, pubs and bars in Ireland were not allowed to open on March 17. This party-pooping law was ditched during the 1970s. People as far away as Algeria could hear the whole of Ireland sighing in collective relief when the good news was announced.

Older than the U.S. 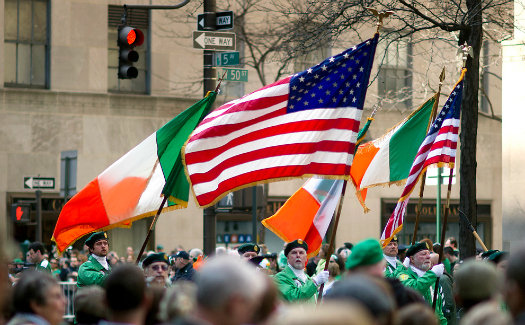 Yup, two of the U.S.’s most legendary parades are older than the country. New York‘s first official parade was held in 1766. Irishmen, soldiers recruited to serve in the American colonies, marked the day 10 years before the Declaration of Independence was signed.

Boston‘s first recorded parade was in 1737. The public holiday in the city, however, is called Evacuation Day and commemorates one particularly legendary St. Patrick’s Day. On March 17, 1776, General John Henry Knox and his troops positioned 55 cannons on Dorchester Heights and added to the numbers by cutting down trees and painting them black to resemble cannons. When the British saw all the cannons on the Heights they left Boston. 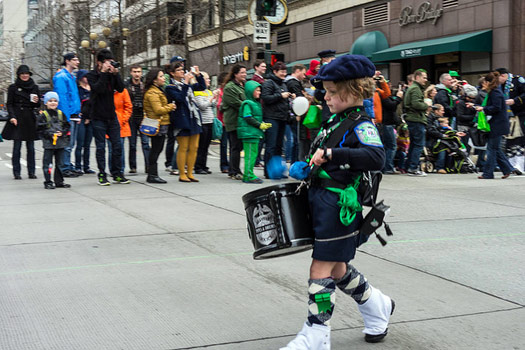 Seattle’s parade is always preceded the night before by a mini-parade known as the Laying o’ the Green Stripe. It involves painting a temporary green stripe along the route in honor of John Patrick Bishop. Way back when, Bishop used to do the same thing every year with a thick, hard-to-remove paint as an attempt to get the city to start a parade. Of course, these attempts simply ended with him getting arrested most of the time. Seattle finally caved though and an official parade was inaugurated in the 1970s.

A Dallas billionaire helped out because of booze 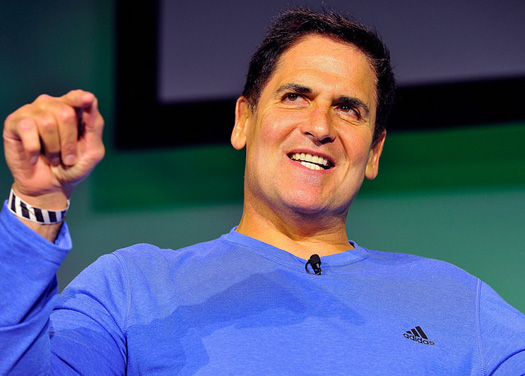 In 2012, Dallas’ parade, one of the biggest in the U.S., was nearly called off due to the increased security costs needed to cover the event. The manager of the Dallas Mavericks basketball team, Mark Cuban, stepped in and paid it all off. His reasons were rather peculiar: “I just thought it was fair that more people should be able to kill as many brain cells on Greenville Avenue as I have in my life.” In thanks, many people refer to the event nowadays as the St. Cuban’s Day Parade. 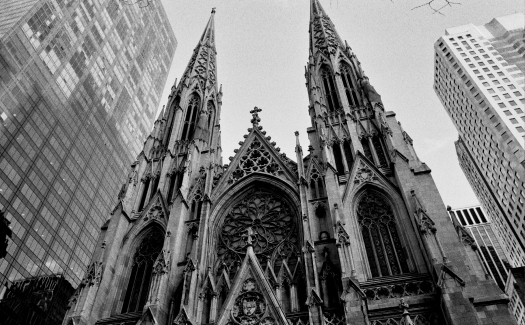 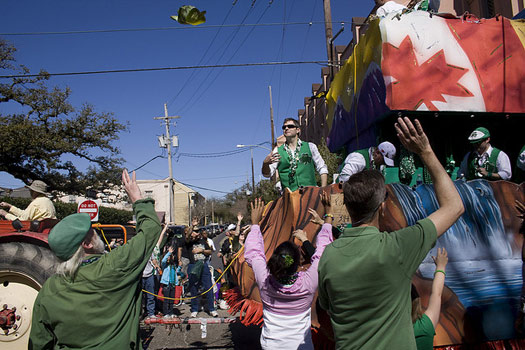 St. Patrick’s Day parades held in New Orleans are famous for people throwing the ingredients for Irish stew at each other – in the friendliest way possible! Have a few shopping bags ready and expect to go home with plenty of carrots, potatoes and onions. If only Irish stews contained chocolate. New Orleans also hosts a practice parade the week before for no real reason – they just really like parades. 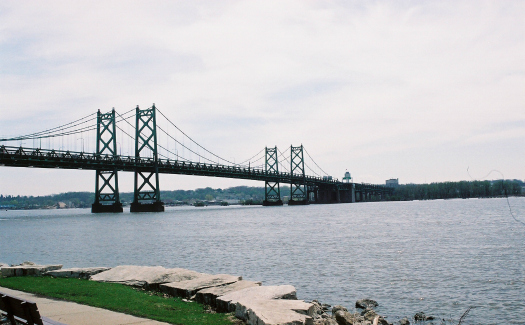 There is one parade that actually crosses state lines. Starting at St. Mary’s Church in Rock Island, Illinois, the Quad Cities parade goes over the mighty Mississippi on I-74 and keeps the party rolling right into Davenport, Iowa. 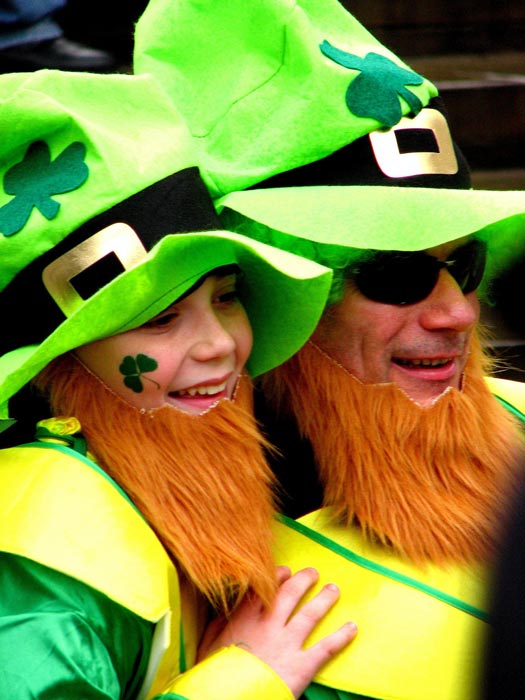 The “best ever” leprechauns (Image: garryknight)

The “best ever” parade is unavoidably bestowed upon Rolla in Missouri. This could have been because they paint their streets green, or that local students used to dunk themselves in a pit of green liquid called “Alice” as part of the festivities, but it’s actually because they cleverly used the phrase in their official title: 2015 will be called the “107th Annual Best Ever Saint Patrick’s Day 2015.” If other parades start doing this, then we won’t know anymore and it’ll be chaos.

The most Irish traffic light in the world 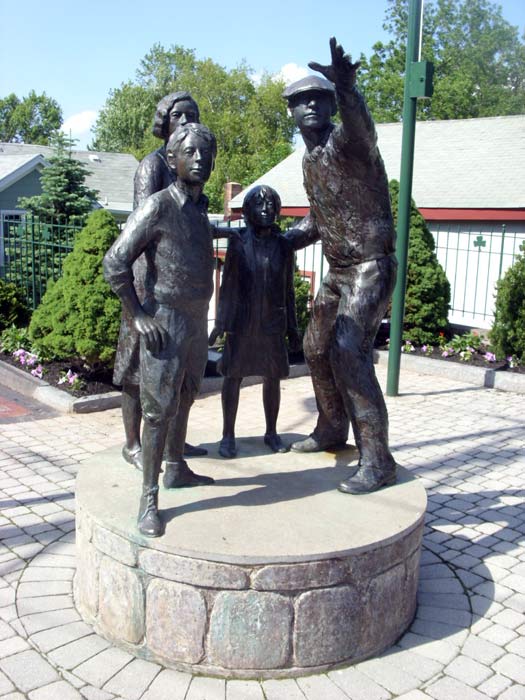 Syracuse’s parade is held in the Tipperary Hill district, an area so historically Irish that it’s home to a famous one-of-a-kind traffic light where the green has switched places with the red, so it’s at the top of the signal. At midnight, when the 17th of March begins, a shamrock is immediately painted beneath the traffic light to start off the celebrations.

Berlin’s parade is among the youngest St. Patrick’s Parades 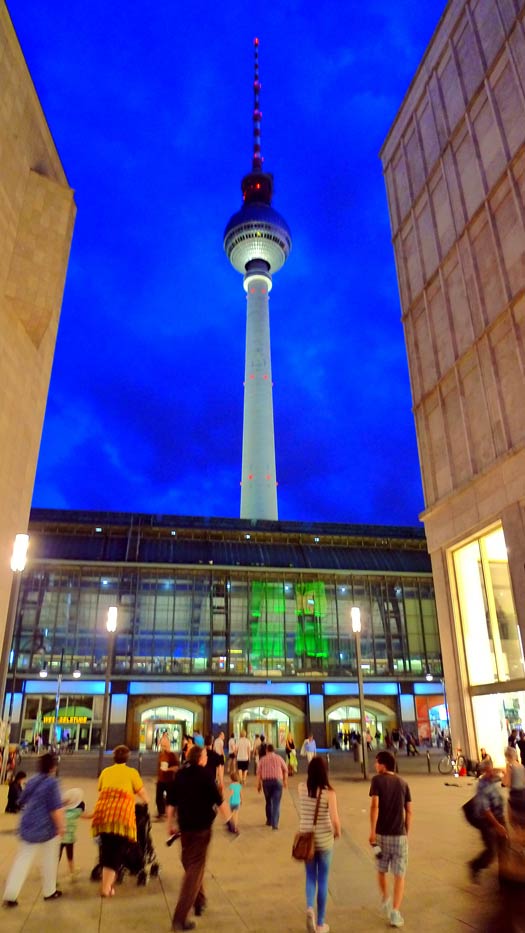 Berlin’s Saint Patrick’s Day festival was the brainchild of one man – Dara O’Neill, an Irish expat. In 2011, he and 150 of his closest friends got together to drown the shamrock. The following year saw a ten-fold increase when 1,500 revelers and the Irish Ambassador to Germany turned out. In 2013, 5,000 people enjoyed the Saint Patrick’s Day festival, a week-long celebration of whiskey tastings, film screenings, literary readings and a costume workshop. Given this trajectory we reckon Berlin could become one of the biggest green celebrations in the world!

To Russia with love 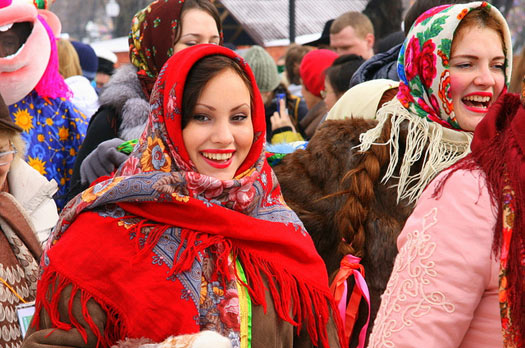 Not content with celebrating on March 17, the far-flung Irish and Hibernophiles tear it up for an Irish Week that inexplicably lasts for 12 days (March 11-22). There’s more than 120 events showcasing the best of Irish culture and art throughout Russia. Moscow, St. Petersburg, Yakutsk, Vladivostok and Yekaterinburg are all going green.

In Moscow, Sokolniki Park, the cinema “Formula Kino Gorizont,” the Gogol Centre, the Mayakovskiy Theatre, the Centre of Documentary film (TsDK) and the club “Yota Space (Glavclub) will all throw open their doors. 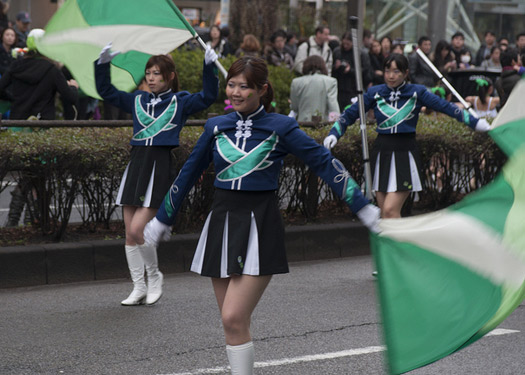 Of course there are no snakes in Ireland. Aside from converting the pagan Irish to Christianity, Saint Patrick drove the snakes out of Ireland. In the land of sake – Japan – Diageo is a major sponsor of the Tokyo parade. Diageo make Guinness, Kilkenny and Baileys, of course, but no sake as far as we know.

The second annual I Love Ireland Festival will take place in Tokyo on March 15 while the parade, organized by the Irish Network Japan, is going strong in its 23rd year.