Copious amounts of green beer, funny hats and great times you probably don’t remember – we’re familiar with the typical St. Patrick’s Day shenanigans. But, this year, we thought we’d give your liver a break. Of course you could just go out searching for four-leaf clovers, but the odds of finding one are not in your favor (trust us, we’ve looked). Instead, we did some research on less common St. Paddy’s celebrations to fill your wanderlusting hearts instead of just your beer belly. 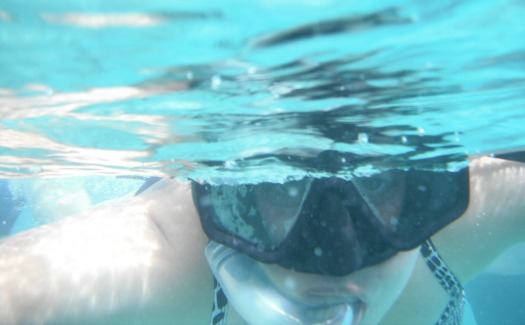 The water’s not green, so hop in. Derek Hatfield, 2015 Southern Caribbean Cruise via Flickr CC BY 2.0

What better way to spend your holiday than with an Irish-American band singing some Celtic punk on a cruise en route to the Bahamas? Flogging Molly has made a name for itself with rock songs, and now the band is dishing out its pirate-themed tunes on board a cruise ship that sets sail from Miami, Fla. Grab your clogs and beach towel, and head to the dock where a boat full of fun (including a casino, driving range, live concerts and much more) awaits. 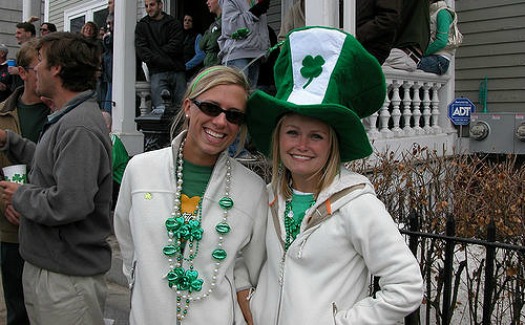 If you’re going to check out a parade, why not the second-largest one in the U.S.? South Boston fills up with more than 600,000 enthusiasts covered in everything green, green and more green. If you’re looking for something fun and free to do, grab a shamrock headband or some leprechaun garb and snag a spot on the sidelines for the day. The best part? It’s free. 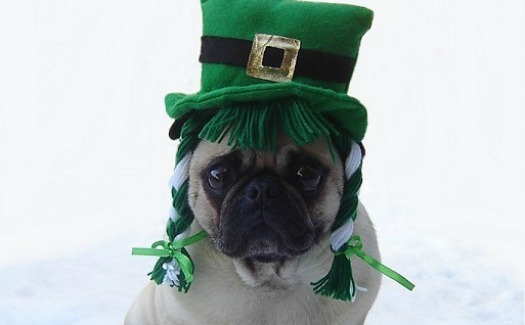 This event definitely won’t leave you feeling as “ruff” as a night out drinking. If you’re where you should be on St. Patrick’s Day (read: Ireland), head over to this dog expo. Look out for the dancing dog display, waggiest tail competition, best trick award and even face painting. We can only imagine there might be some dogs in festive green hats, which makes the trip worth it in our book. 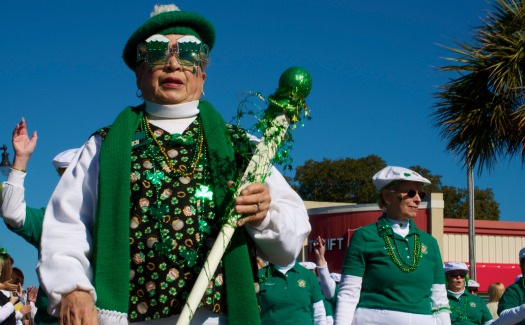 It’s the 28th annual parade and festival in Myrtle Beach, S.C., so you know they’re St. Paddy’s Day experts at this point. Enjoy a parade, live music, amusement rides, crafts and an overall day of fun. And, as a bonus, it’s right next to the beach. 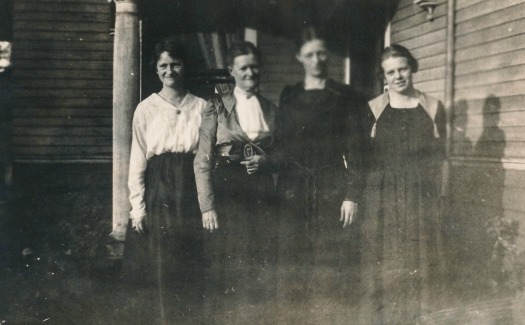 Maybe the ghosts are green? simpleinsomnia, Four ghostly women posing in front of a house via Flickr CC BY 2.0

Need a little scare? Go on a special “spirit of the Irish” candlelight ghost tour in “Manhattan’s most haunted house.” Doors slam, floorboards creak and voices call into the dead of night. Certainly something you want to do sober, but you might need a drink afterward. 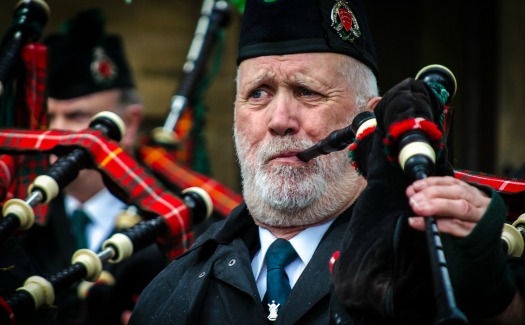 London has a large Irish community, which guarantees  a great turnout at the parade and festival. This Irish event is jam packed with live entertainment and good times. Head over to Trafalgar Square to see pageants, floats, live music, comedy and, of course, Irish dancing. 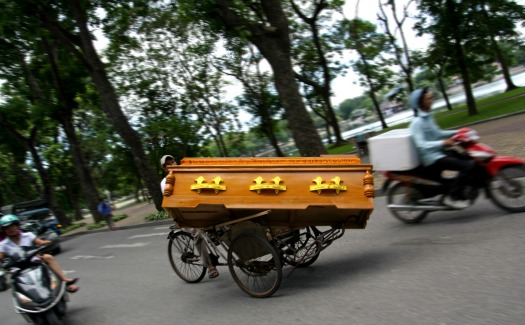 No one’s inside. Kainet, coffin transport via Flickr CC BY 2.0

This very bizarre event at the St. Patrick’s Day parade in Wisconsin started as a joke and ended up becoming a tradition. Finnegan, a department store mannequin, is taken through the parade in a casket.  The story of why or how this event began is unclear, but it definitely caught our attention. This year’s parade theme is all about hats, so make sure you bring your funkiest shamrock headgear. 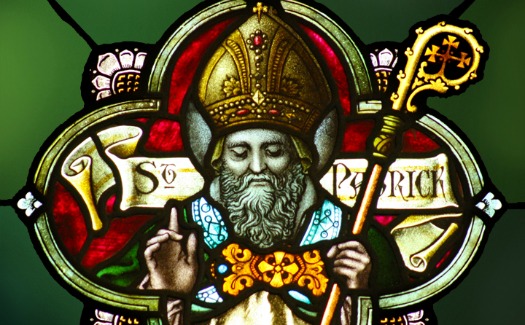 The Original DonkeyHotey, Saint Patrick via Flickr CC BY 2.0

Need a little more culture and history and less spilled beer and bozos dressed like leprechauns? Head to New York City for a special (and free) tour of Saint Patrick’s Cathedral, which is named after the patron saint of Ireland and filled with beautiful stained glass and Neo-Gothic-style Roman architecture. Look out for ghosts, because this cathedral is also said to be haunted. 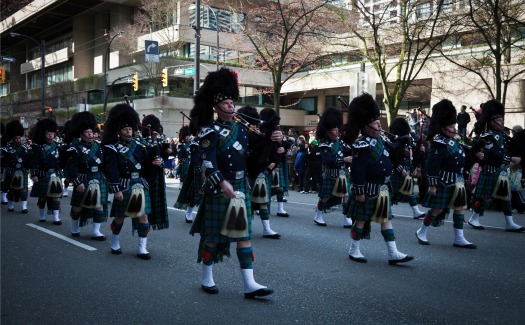 Vancouver-based Canadians take this holiday pretty seriously with an entire week of celebrations at CelticFest. The week kicks off with a parade featuring 2,000+ participants, and includes free Celtic entertainment from award-winning pipe and drum bands and Scottish and Irish dancers who can show you how it’s done. After the parade, head over to the Celtic Village for street markets and traditional Irish food. 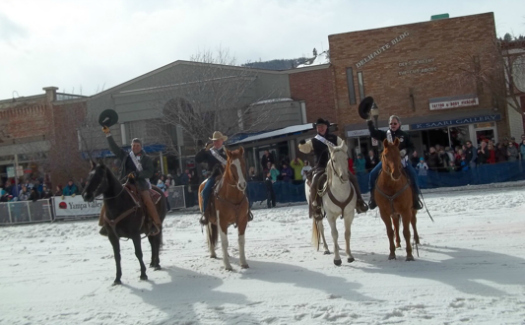 Horses celebrate too. Greg Hamilton, 47-marshalls via Flickr CC BY 2.0

Everyone loves a good parade, but it can seem like if you’ve seen one, you’ve seen ‘em all. Steamboat Springs, Colorado, plays host to a new spin on an old favorite. The Torchlight Parade is a spectacular on-snow event, coursing its way down the mountain lit only by torches. A sensory treat that is a far cry from any beer-soaked St. Paddy’s parade route, this parade begins when the sun sets for maximum impact. Later, the light show continues, with a fireworks display to cap off the night. Best of all, the whole event is free – who can argue with that? For the best views, head to the pavers at the Steamboat Stage.

Thinking of staying in for the holiday? Here’s a fun game for you and friends: Irish Cards Against Humanity

17 things you won’t believe about St. Patrick’s Day parades around the world

St. Patrick’s Day is also known as International You’re Irish Today Day. In countries all over the world, the man...
Adam Zulawski

Pin it to win it in our St. Patrick’s Day Pinterest competition!