Are there currently restrictions on travel to Kusadasi related to COVID-19?

Yes, there are currently restrictions on flights to Kusadasi along with the rest of Turkey. Before you book or search for flights, consider the following restrictions: Turkey has now lifted most of its COVID-19 travel restrictions, but travelers who are not Turkish residents or nationals may not enter Turkey if arriving from Afghanistan or Bangladesh. All travelers are required to wear a face mask at all times whilst in an airport, and for the duration of all flights to and from Turkey. They are also required to complete a passenger locator form prior to arriving in Turkey. All arrivals into Turkey will be subject to a medical evaluation for symptoms of coronavirus, including temperature checks. Travelers with symptoms will be required to undergo a PCR test. Travelers who test positive will be provided with medical treatment at a facility determined by the Ministry of Health or, if preferred, at a private medical facility in Turkey at their own expense.. If you are looking to book a trip to Kusadasi and are outside of the restricted areas, please take the proper precautions and stay informed about traveling during COVID-19.

When is the best time to fly to Kusadasi?

January is typically the best time to fly to Kusadasi, but there are other times where great deals are available. If you are looking for warm weather when you arrive off of your flight to Kusadasi then July is statistically the hottest. January is historically the period with most rainfall.

Which day is cheapest to fly to Kusadasi?

Sunday is currently, on average, the cheapest day to fly to Kusadasi. Flying on Saturday will result in higher flight prices.

What time of day is cheapest to fly to Kusadasi?

To get the best value, try booking a flight in the morning when visiting Kusadasi. Generally the prices will increase for flights at noon as these tend to have higher demand.

Kusadasi is one of the most swollen resort towns on the southern Aegean Coast, overflowing with shiploads of tourists in summer who enlarge the year-round population several times over. Once a small fishing village, today the busy town is packed with curios and carpet shops; its proximity to the ruins of Ephesus making it an ideal base for Aegean cruise ships. Despite the frenzied tourism, Kusadasi is situated amid splendid coastal scenery and several significant archaeological sites, including the three well-preserved Ionian settlements of Miletus, Priene and Didyma. There are plenty of good hotels and restaurants, and ferries link it with the nearby Greek islands of Samos and Mykonos. 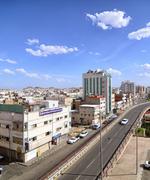 Cheap tickets to Kusadasi found by our users in USA

Other local departures to Kusadasi