As we wrap up another eventful year in travel, it’s a great time to sneak a peek at what’s ahead for 2014. Of course, since past is prologue, much of what’s to come was shaped by events in 2013.

The rise of the super airline

For travelers in the U.S., one of the biggest stories of the past year is the rise of the super airline. With the merger of American Airlines and US Airways, United Airlines’ rule as the largest airline ended less than a year into its new life. Last March, Continental Airlines was fully integrated into United – the fruit of two years’ worth of work.

It will take American and US Airways time to combine their resources too, but consumers can expect changes to start early in 2014. Most notable will be when US Airways drops its membership in the Star Alliance to join oneworld. This shift in the international airline partner base will leave heavy mileage accumulators and frequent overseas travelers with some homework and head scratching to do — and maybe some tough decisions to make. It might also encourage folks who have been planning to cash in for a big trip to get moving. The switchover happens on March 31/April 1, 2014. 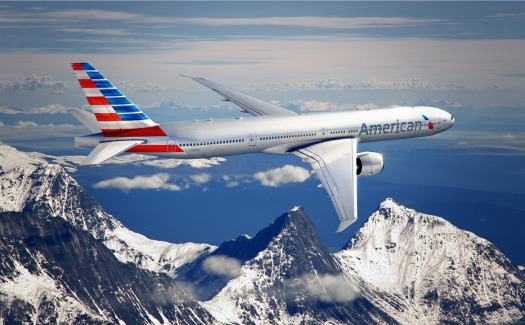 With United, Delta and the new American all truly super sized, these large airlines are sure to be very busy competing with one another with a lot of focus on international travel and amenities like lay flat beds in first class (even on domestic flights). For the price-conscious traveler, there may be less to love on those major airlines as nickel and diming for basics — like a few more inches of leg room — becomes even more prevalent.

However, this battle among the power airlines will likely leave room for newer and smaller players competing on base price to emerge, for established “budget” airlines like Southwest and JetBlue to gain even more ground and for regional airlines like Hawaiian Airlines and Alaska Airlines to expand the number of markets they serve.

In 2013, a number of new travel hot spots began to emerge (or reemerge). Domestic travel is still by far the most popular in the United States, but we did find that people are increasingly including the U.S. territories in their vacation plans. Searches to St. Croix, U.S. Virgin Islands, jumped 40 percent while those to St. Thomas, U.S. Virgin Islands, where up 34 percent. Puerto Rico also saw a 10 percent spike in popularity.

Good budget airline service can also deliver a boost to the popularity of a destination. Two prime examples: Denver, Colo., and Myrtle Beach, S.C. Denver is not only a great city and jumping off point for a mountain getaway but also a strategic low-cost carrier hub. Southwest, Frontier, JetBlue and Spirit all serve Denver International and the competition works in the traveler’s favor. So it’s no surprise that Denver saw a 17 percent increase in travel searches for the year. Likewise, Myrtle Beach’s small but growing airport now offers non-stop flights to 25 different cities – the majority offered by low-cost carriers Spirit Airlines and Allegiant Airlines. That has served as pricing pressure on the flights US Airways, United and Delta offer into Myrtle Beach, which led to a 20 percent increase in travelers looking to visit this southern beach town.

All year we’ve been tracking Los Cabos’ continued appeal as a year-round beach destination with something to offer at pretty much any price point. Despite the troubles that have plagued many parts of Mexico, Los Cabos has been a relative safe haven for tourists. Now, as Mexico tourism begins to bounce back for many parts of the country, Los Cabos is leading the pack. In 2013, we saw a 4 percent increase in travel searches to Los Cabos.

For 2014, we see signs U.S. travelers will continue to chase warm weather and sunshine, look for new bargain destinations and travel for events. Here are some destination trends to watch for:

The year of Brazil

With the Olympics on the horizon and the World Cup coming this summer (June 12 to July 13), Brazil is working hard to be a welcoming host country to sports fans and tourists in general. Already a popular destination, especially during Carnival, Brazil is building out infrastructure for its major upcoming events. Even so, capacity is tight. If you’re planning to visit during the World Cup, act now. Even during the offseason, it’s advisable to book four months in advance. 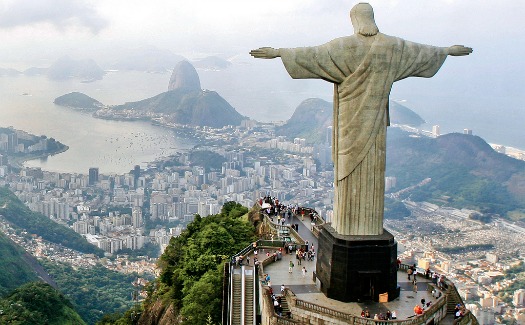 2014 is the 100th anniversary of the start of World War I so this may be a year for history buffs and family members to visit the battlefields to reconnect with and remember loved ones who sacrificed across Europe in the “war to end all wars.”

Images of crystal blue water and white sandy beaches are the ubiquitous daydream of the Caribbean. However the islands have a mix of cultures, climates and currencies that make it worthwhile to do your homework before you book. Some recent changes, especially in the Dutch Antilles, mean some key island countries have new-found autonomy. As a result, they have – and will – continue to ramp up how they market themselves.

Be prepared to see an increase in other parts of the Caribbean pushing what makes them stand out. Price will be one point but so will ease of access (for example, Puerto Rico and the U.S. Virgin Islands with no passport requirements for Americans), travel style (nightlife versus beach views, family versus adventure, chic versus laid back) and activities (diving and bare boating – or cruise ships and shops).

Staying ahead of the crowds

As deal destinations get popular, they lose their unique appeal-of-the-new charm – and their bargain status. The challenge is to spot the next wave of alternatives and beat the growing crowds and climbing prices. This year’s list: instead of Costa Rica, try Nicaragua. Skip Malta and head for Albania. Swap Bulgaria for Estonia. Opt for Laos over Vietnam

As we flip the calendar from 2013 to 2014, we are in the heyday of a major transition in terms of the individual flier’s travel experience. Gone are the days of simply reading a book or flipping through a magazine to pass the time on a flight. Whether you are watching satellite TV or playing trivia against your cabin mates on the airplane’s infotainment system or, more likely, glued to your tablet, laptop or phone for videos, games or news from the outside world, you are now a “connected passenger.” 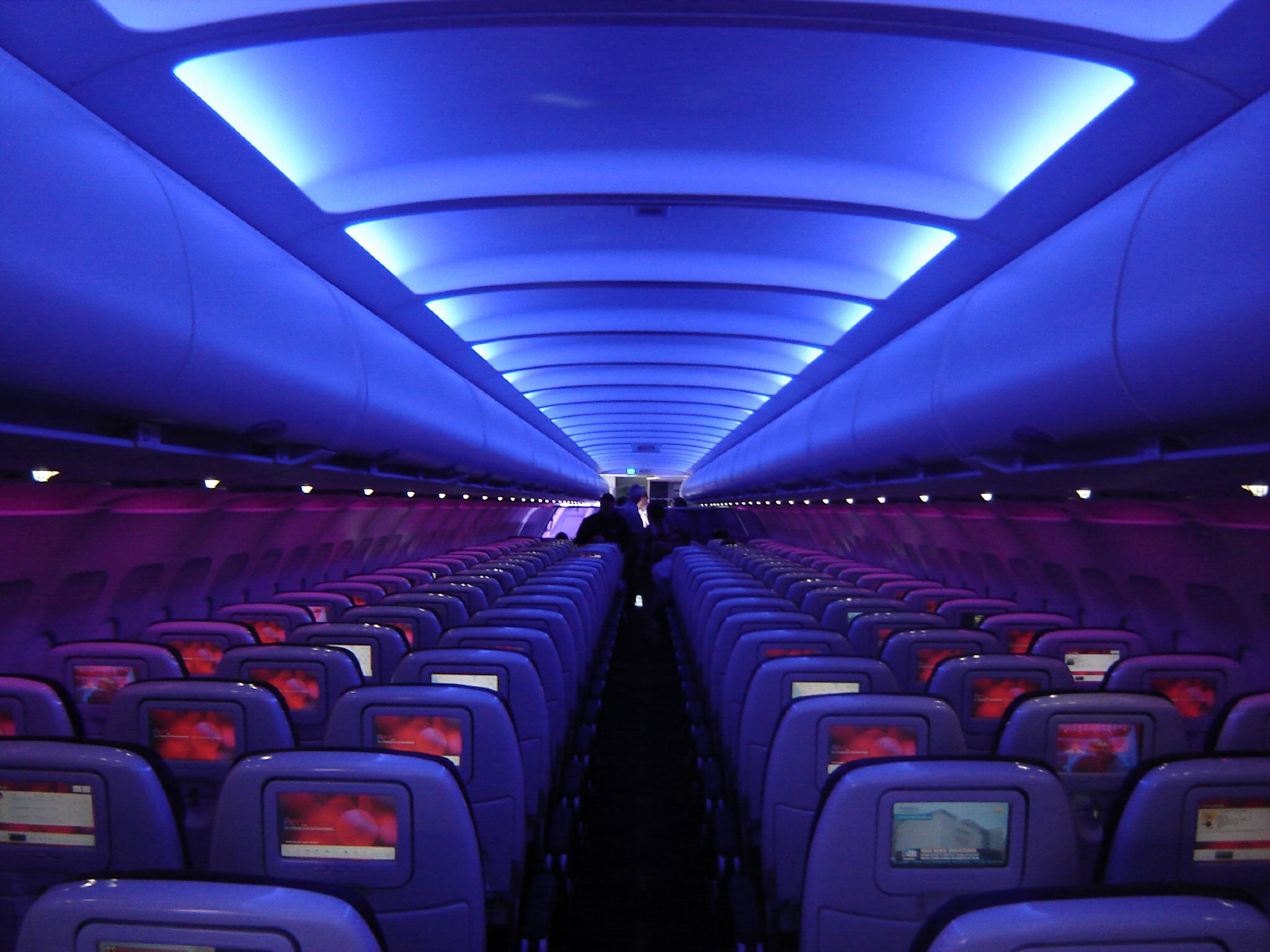 The rules and technology will push this trend even further over the next 12 to 36 months. In-flight WiFi is on the verge of blazing new speeds with vendors eyeing satellite technology to deliver more capacity. Meanwhile, the FAA has relaxed the rules about personal electronic device use below 10,000 feet so you will soon find you can keep reading, playing your games and watching your movies right through landing and takeoff.

The real question now is whether you will be able to chat away on your cell phone during flights. The debate is on as the FCC is currently considering lifting a ban on cell phone use on planes. Some members of Congress are already moving to block in-flight calls.

Travel trends and hot destinations for 2017

As the current year winds down, it’s time to look ahead to what the New Year has in store. At...
Emily Fisher

With the New Year just a few weeks away, it’s time for our annual look at some of the trends...
Emily Fisher

Hot destinations: Where to find the spiciest food in the world

Some like it hot, and if you’re one of those people who enjoys a high level of spice with your food,...
Jessica Padykula