As the current year winds down, it’s time to look ahead to what the New Year has in store. At Cheapflights, that means it’s time for our annual forecast of travel trends and key destinations for 2017 and beyond.

Finally, some love for unbundled airfare – 2017 is the year when travelers finally come to embrace bag check fees and other pay-as-you-go costs and services as their way to take control of their budget. Base airfares, already at a five-year low in 2016, will continue to drop as more airlines  –  from legacy carriers such as United and Delta, to upstarts like Canada’s NewLeaf, to growing domestic and international low-cost airlines like Spirit and Norwegian  –  offer budget flight options on more and more routes. Travelers have voted with their wallets, fueling the growth of low-cost carriers, and are becoming increasingly savvy about how to pick and choose the “perks” that matter enough to them that they will fork out added cash for the service. While such travel is still not for everyone, nostalgia for the “good old days” when airfares were all-inclusive will largely fade away as people focus on getting where they want to go for less.

“Golden age” for international travel – With both domestic and international airlines offering increasing budget options even for overseas flights, international travel will be more accessible than ever. Look for more moves like Norwegian Air’s adoption of narrow-body planes and BYO entertainment to ensure lighter, more streamlined flying and continued low fuel costs to help keep airline costs (and thus, airfares) in check. Open Skies agreements have added to this “golden age” for international travel as they allow for increased cross-competition from international airlines. Add into that equation some major currency fluctuations, which have created increased buying power in many popular markets, from the UK and Europe to Canada and Brazil. Of course, there are some potential headwinds for overseas travels, especially as Brexit and other industry lobbying threaten some key Open Skies agreements and raise the possibility of more immigration and customs challenges. Some will find the rise in nationalism we are seeing in the political world as a reason to stay home, too. However, others will find travel as the antidote to the politics of the day. And all should recognize that there may be no better opportunity than the present to get out there and explore the world.

More airport innovation and investment – From the record-long security lines over the summer to Donald Trump’s headline-grabbing critiques of U.S. airports, there were some high-profile reminders of the need for more airport innovation and investment. Whether or not the “infrastructure investments” from the new administration and other calls around the world for government funding for improvements come to fruition, 2017 will see some important changes, large and small, starting to impact travelers’ airport experience. Much of the short-term improvements are being funded by the airlines themselves. United is starting to roll out automated security screening lanes at hub airports to keep lines moving quicker, while Delta is investing in higher tech baggage tracking systems. British Airways is also investing $110 million in its top U.S. airports to refurbish check-in areas and lounges for a better passenger experience. Other improvements to watch for include the rise in biometric-powered fast-tracked security screenings and personalized services like food delivery to your departure gate or print-your-own luggage tags.

Portable travel search – Mobile technology has changed the face of travel planning and search. The evolution of online travel has extended well beyond the desktop and is now moving beyond the travel website. Whenever and wherever travel inspiration strikes, look for travel search to be close by. At the most basic, it’s the simple step of pulling out your phone for an impromptu vacation planning session over dinner. But increasingly, expect text alerts for fare sales and price drops, or to get a price from your favorite voice-based Internet device or through Facebook Messenger. Coming soon: drag an online article about a team, festival or concert right into a search window and get the flight options for attending upcoming events back right away.

The decline of the generic vacation – Travel as an experience increasingly eclipses just the basics of getting away. We see an uptick in people looking to travel with purpose. Examples includes:

Living like a local – Thanks to the popularity of homestay services like Airbnb, travelers can easily take up residence in a new city or a remote bit of countryside, whether for a few days, weeks, or months. This is giving rise to the search for a more personalized and “authentic” experience. Paired with services like local tour guide matching and EatWith-style at-home dining with locals, it’s far easier to get a full-immersion vacation. These options add fuel to the growing solo travel market, and make it easier to cut the ties to home, which is key to a digital detox experience. For the growing group of travelers motivated to deep dive into a culture, this vacation style is hard to beat.

Working vacation – While total immersion is one increasingly popular option, there is also a trend for combining work and travel in new ways. One is the so-called “bleisure” trip, combining both business and leisure, where you tack on time and possibly an added destination or two to your work travel. Done right, this is the ultimate in multi-tasking – add another outfit or two to your bag and have work pick up the bulk of your travel tab. Another spin is the “have laptop, will travel” habit. If you can work wherever you are – an increasing phenomenon in today’s tech-driven, remote employee world – there’s no reason not to take your job with you on the road. Look for more and more people exploring the world by working business hours for their day job and then exploring in their off hours.

Ecotourism – The ticking clocks of climate change and overdevelopment are getting louder and louder for many people, driving a sense of urgency for seeing destinations that are endangered and supporting tourism services that sustain vulnerable lands and species.

The other “green” tourism – With marijuana now legal or at least decriminalized in a growing number of places, expect to see a rise in this kind of “green” travel as well. The boom in pot tourism in Colorado, after the sale of recreational marijuana was legalized in 2012, underscores the pent-up demand. With places like Massachusetts, California and Maine voting to legalize it this fall, and with Canada eyeing such a law at the national level, we expect to see travel in this segment light up even more. 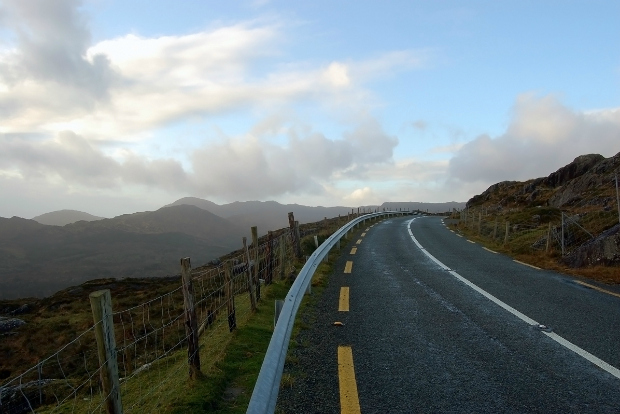 A new darling of low-cost airlines, Cork will be an easy and affordable hop from the East Coast by the summer of 2017. And while travelers can easily transfer on to other points across Europe, Cork is a charming spot to visit either as an extended layover or as your main destination. Whether you prefer churches, castles and old-world architecture, a bustling and scenic waterfront, or popping into pubs and fish and chips shops, County Cork has you covered. A visit to Cork’s English Market, which dates back to 1788, is a feast for the senses. Acclaimed as one of the finest covered markets in Europe, Queen Elizabeth insisted on a stop here during her historic visit to Ireland in 2011. The most recent proof of the region’s allure? West Cork’s Clonakilty claimed the 2017 Great Town Award naming it the best town in Britain and Ireland. 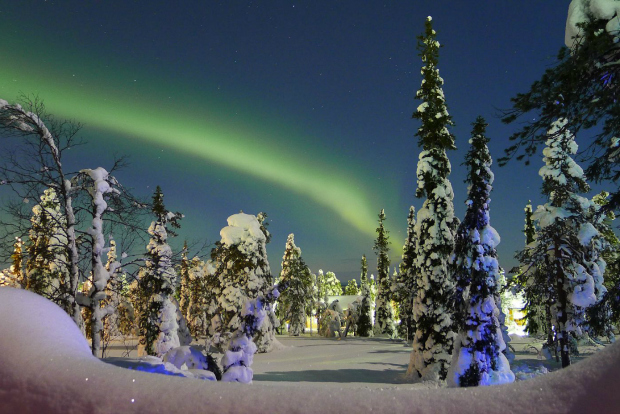 With saunas, snow and the Northern Lights in the winter, and hiking, beaches, stunning scenery and cultured cities (as well as endless sunshine to enjoy it all) in the summer, Finland should be on everyone’s travel to-do list. And 2017 may well be the best year to visit, as its 100th birthday celebration kicks off on New Year’s Eve and builds through the summer, right up to Independence Day next Dec. 6. Celebration spots include a giant SnowCastle, housing a SnowRestaurant, SnowHotel and even a SnowChapel for those with marriage on the mind (cold feet, understandable!). There’s also a wine festival with five 100th anniversary wines and, of course, a grand ball to mark the birthday itself. If you can’t get to Finland in its Centennial year, perhaps you can catch the Traveling Sauna tour here in the U.S. 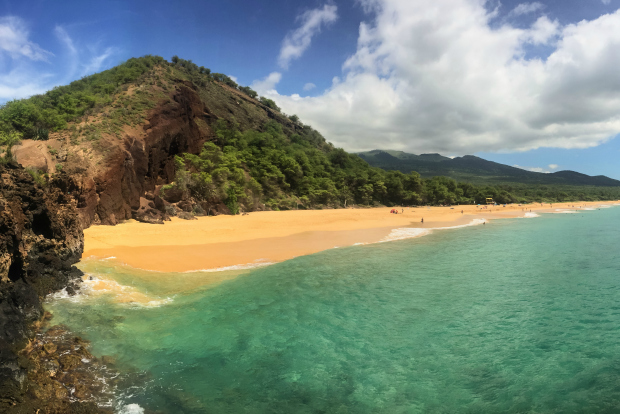 If “Frozen” is any measure, even an animated movie can turn a remote location into a popular destination. Just as the “The Lord of the Rings” movies spiked interest in New Zealand, which played the role of Middle Earth, visits to Norway increased by 20 percent after Disney brought the winter wonderland of Scandinavia to life in “Frozen.” Now the recently released “Moana” shines the spotlight on the incredibly scenic South Pacific, drawing inspiration from places like Hawaii, Tahiti and Cook Islands. While this may not be the most accessible destination for travelers, we still anticipate an increasingly swelling tide of visits, first from fans and then from those who learn more about Polynesia from the media attention. 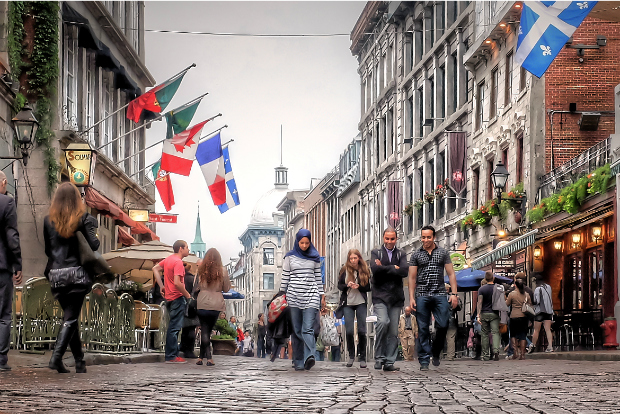 Our neighbors to the north keep one-upping themselves with reasons to visit each year. In the case of 2017, Canada’s no-holds-barred plans for celebrating its 150th birthday will be the draw. (Of course, the continuing strong buying power of the U.S. dollar also keeps fueling its popularity with tourists.) Starting from New Year’s Eve, every event will be bigger and better. And every city and town will be getting in on the action with festivities and celebrations. In a country the size and scale of Canada, there will be no shortage of opportunities to join in on heralding the awesomeness of the Great White North.

Thanksgiving getaways: 11 value destinations for a Turkey Day sneak away in 2017

Travelers have many reasons to be thankful this Thanksgiving. In particular, those who opt to fly on Turkey Day not...
Lauren Mack

With the New Year just a few weeks away, it’s time for our annual look at some of the trends...
Emily Fisher

Welcome, 2017! It’s time to start planning a new year of travel adventures. And, to help you out — and...
Amanda Festa

CheapflightsNewsTravel trends and hot destinations for 2017