January
$781
February
$584
March
$525
April
$535
May
$570
June
$835
July
$949
August
$954
September
$590
October
$559
November
$463
December
$539
At the present moment the cheapest month to fly to Beijing Capital Intl is currently November; with August being the most expensive. Prices will vary depending on multiple factors such as booking in advance, airline and departure airports and times.

When is the best time to fly to Beijing Capital Intl?

Whilst there are several times of the year to choose from, November is seen as the time to fly to Beijing Capital Intl, however, it is possible to get good deals throughout the year. July sees the temperatures in Beijing Capital Intl peak to their warmest. July tends, on average, to see the most amount of rainfall.

When is the best time to book a flight to Beijing Capital Intl?

The price you pay for your flight to Beijing Capital Intl may vary depending on when you book.For the best chance of a lower fare, look to book 53 days in advance of your trip. Fares are likely to increase a fortnight or so before your departure date.

Which day is cheapest to fly to Beijing Capital Intl?

Thursday is currently, on average, the cheapest day to fly to Beijing Capital Intl. Flying on Saturday will result in higher flight prices.

What time of day is cheapest to fly to PEK airport?

At the moment, flights in the afternoon are likely to offer the best value for money for your Beijing Capital Intl trip. A flight in the evening will more often than not be of higher cost.

Beijing Capital International Airport (PEK) is one of the world’s largest and busiest airports, which is to be expected in the world’s most populous country. The airport was revamped and upgraded for the Olympic Games in 2008 and now it is the second-busiest international air-hub, after Hartsfield–Jackson Atlanta International.

Beijing Airport has three terminals all of which have a wide selection of shopping, food and beverage options to keep even the most difficult traveler entertained during stopovers or while waiting to board.

Passengers using Beijing’s airport are certain to notice the beauty of the airport. As with many Chinese constructions the art of Feng Shui is employed to give the building, and the business it houses, good luck and positive energy. The red color of the roof in terminal three is the Chinese color of good luck. 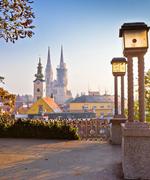