Some travelers collect passport stamps like others collect postcards, photos and memories. When the typical passport entry and exit stamps from countries in Europe, Africa, Asia and points beyond simply won’t satisfy world travelers, look beyond common destinations for more brag-worthy passport stamps.

We’ve been all over the world and have found some unexpected places to get our passports stamped, including micronations (entities that claim to be independent nations or states, but are not officially recognized by governments or organizations like the United States), tiny nation states and countries, and historical sights where you can get a souvenir stamp. 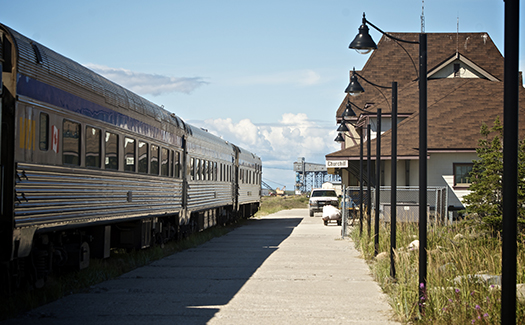 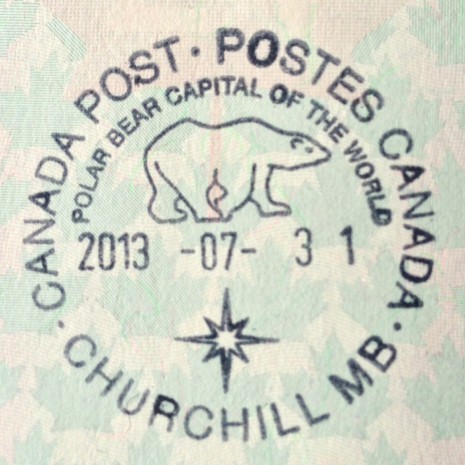 When visiting Manitoba, Canada, “the polar bear capital of the world,” visitors can mark the occasion with a circular souvenir stamp of a polar bear issued at the Canada Post Office in Churchill. The stamp is actually used by the post office to cancel postage on outgoing mail. The free stamp for travelers’ passports is available during post office hours only.

If you find yourself in Ciudad Mitad del Mundo, or the Middle of the World City, a strip of land near the Earth’s equator in Ecuador, commemorate the visit with a passport stamp. The government and official tourism attractions don’t offer official or novelty stamps, but independent kiosks will gladly unofficially stamp your passport for a (small) price.

Ushuaia, Argentina is the southernmost city in the world and called “el fin del mundo” (the end of the world). Tourists can get a free souvenir passport stamp from the tourist information office.

Visitors to Lake Titicaca, Peru can get a souvenir Uros passport stamp. The Uros are pre-Incan people who live on a number of floating islands on Lake Titicaca, a lake in the Andes on the border of Peru and Bolivia. 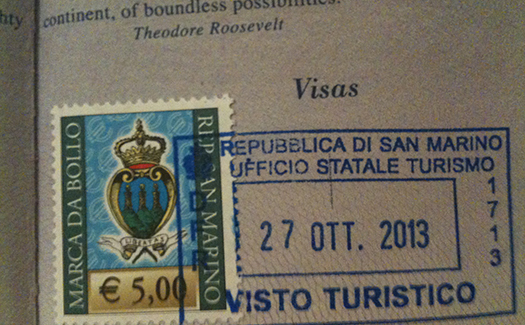 Located in central Italy is the Republic of San Marino, an independent republic. Visitors here can get an official passport stamp called the Marca Da Bollo, which resembles a postage stamp. The colorful stamp is issued at the local government office and costs €6 ($6.50).

The Conch Republic, with the motto “We seceded where others failed,” was born on April 23, 1982, after the Florida Keys staged a ceremonial “secession” in Mallory Square from the U.S. after a U.S. Border Patrol checkpoint was set up on the Florida Keys Overseas Highway, the only road in and out of the Florida Keys. After proclaiming the republic, the Conch Republic declared war on the U.S., carrying out a symbolic “attack” on a government official with a loaf of stale Cuban bread. The Conch Republic quickly surrendered and requested $1 billion in foreign aid. The anniversary of the Conch Republic’s birth is celebrated each year (this year the 2015 Independence Celebration will include a “drag” race, a sea “battle” with historic tall ships, a parade and a bed race on April 17 to April 26). The Conch Republic is alive and well and issues its own passport and novelty stamp; however, since the death of Peter Anderson, the head of the “republic,” there has not been a staffed Conch Republic office or headquarters. 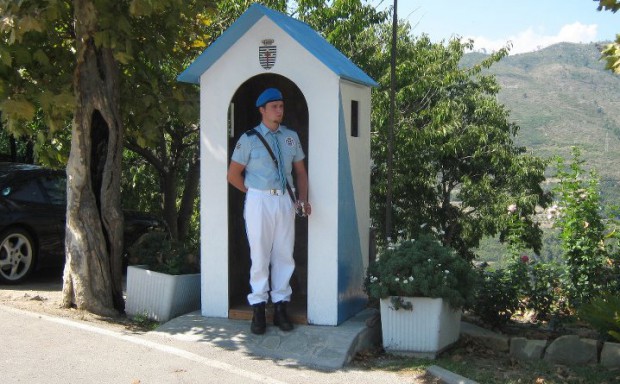 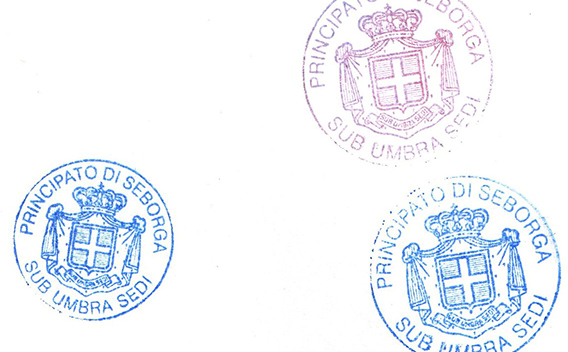 The self-proclaimed micronation in northwestern Italy issues passport stamps at the tourism office of the Principality of Seborga at the entrance of the old town in the main square. The stamp is free and visitors can also buy a special tourist passport for €5 ($5.42) that is signed by the Prince and stamped every year.

Checkpoint Charlie, the former Berlin Wall crossing between East Berlin and West Berlin during the Cold War, is now a tourist destination in Berlin, Germany. Tourists can get a collection of souvenir passport stamps for a fee from “soldiers” affiliated with private companies. 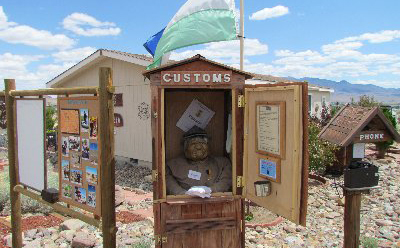 President Kevin Baugh of the Republic of Molossia, a micronation in Dayton, Nevada, stamps visitors’ passports in the Customs Shack on the border of the U.S. While the folks in the Republic of Molossia consider the stamp to be an official government stamp, other governments likely do not. The stamps are free, but visitors to Molossia must make an appointment to visit at least two weeks in advance, as the nation is also a home. 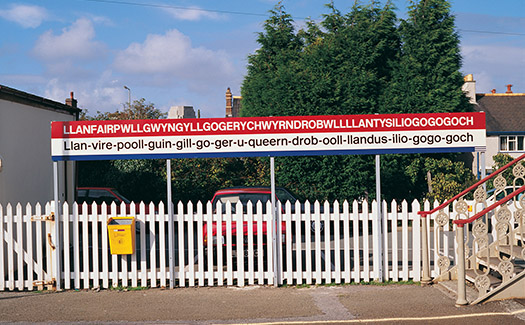 The Welsh village with the longest name in Great Britain, Llanfairpwllgwyngyllgogerychwyrndrobwllllantysiliogogogoch, is a village in Anglesey, an island off the northwest coast of Wales. The village issues a free novelty stamp at the James Pringle Weavers shop and information center. 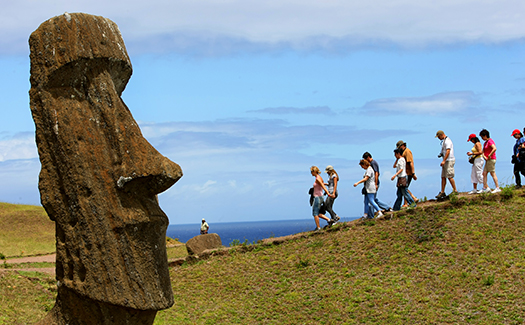 Famous for its monumental statues, Easter Island is a remote island off the coast of Chile. After making the trek, travelers can get a free novelty stamp, an image of three moai (monolithic statues) at the post office. 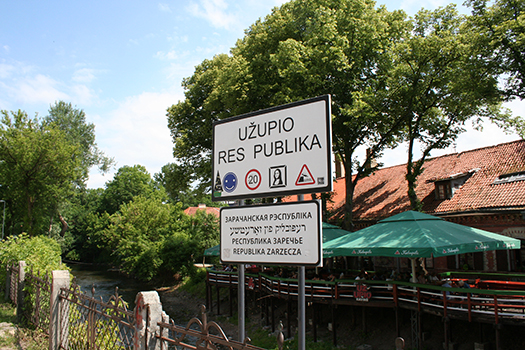 Užupis is a small “republic” of artists in Lithuania’s capital Vilnius. Visitors can get a free souvenir stamp at the Užupis information center.

The archipelago of volcanic islands in the Pacific Ocean has 18 main islands, three smaller islands and 107 rocks and islets. When simply saying “been here, done that” isn’t enough, many travelers have found kiosks and souvenir hawkers willing to stamp their passports with a novelty stamp as proof of their time in the Galapagos Islands. 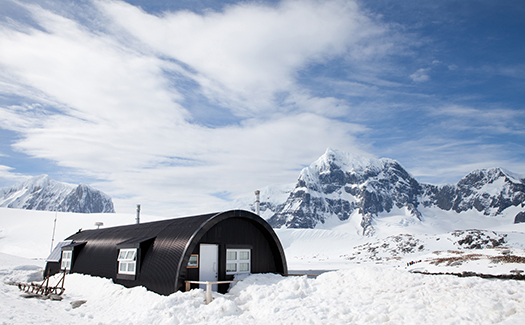 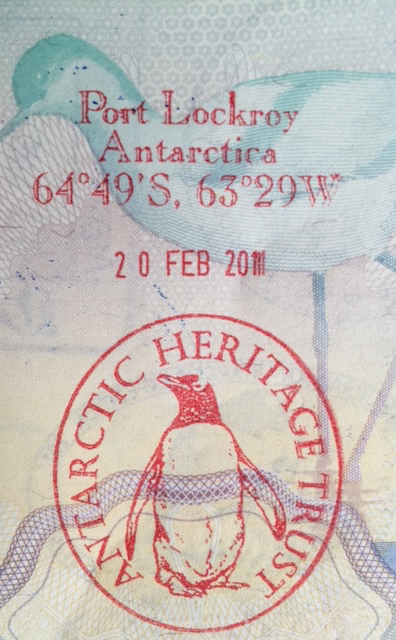 It’s not the easiest place to travel to, so getting a passport stamp from Antarctica is highly sought after; only 37,405 folks traveled to Antarctica in the 2013-2014 season. Unless you are working at a scientific center, you will need to go on an official tour through the International Association of Antarctica Tour Operators. Most visitors travel to Antarctica from Ushuaia, Argentina or Punta Arenas, Chile (though limited trips depart from South Africa and New Zealand). Travelers to Antarctica must go with a tour operator and can either sail or fly, then board a ship to explore the peninsula. Antarctica is managed by more than 50 nations through the Antarctic Treaty System, so there are no official passport stamps. Tour operators can arrange to visit scientific stations in advance, and visitors can get souvenir stamps for their passports at these stations. There are also some historic sights like Port Lockroy (which is also a British post office) and Detaille Island, both managed by the UK Antarctic Heritage Trust, which also have souvenir stamps 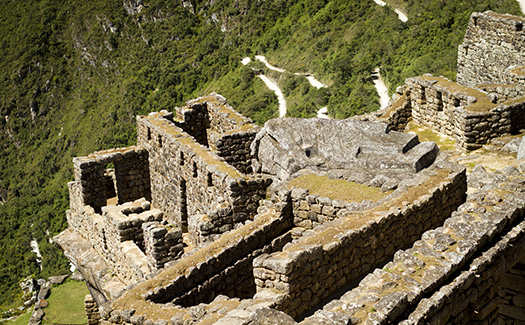 The ancient “Lost City of the Incas” was built atop a mountain range 7,972 feet above sea level in Peru. Located in the Sacred Valley, it is possibly the best example of Inca architecture. Only 2,500 visitors are allowed each day to visit this remote sacred sanctuary set atop grass terraces cut by nature along the mountain’s slope. Get your passport stamped with a novelty stamp on the hike up and entrance to Machu Picchu.

How to get a US passport

Before you realize your dreams of hopping on a plane and traveling to new and exotic locales, you’re going to...
Marissa Willman

If only we could photoshop our passport photos the way we do any other shots we deem worthy of public...
Chelsey Burnside

How to apply for a U.S. passport Getting a passport for the first time might seem complicated. With so many...
Melisse Hinkle