Travel has been a cornerstone of many award-winning silver-screen favorites. From a hot air balloon jaunt to a joy ride across the picturesque valleys of California, here are our picks for the top 10 Oscar-winning travel movies. 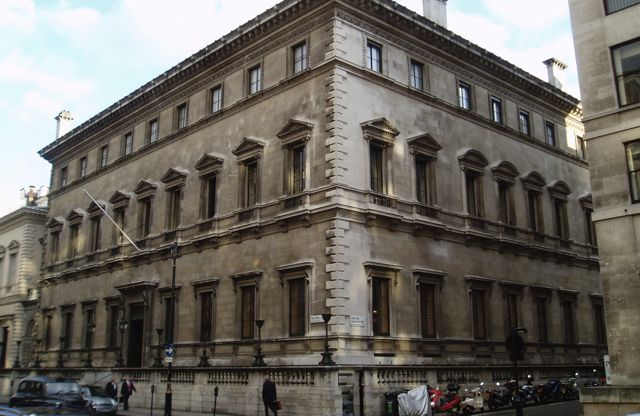 Based on a Jules Verne novel, this best picture winner tells the story of Phileas Fogg – an English man who makes a big bet (and by big, we mean £20,000) with a few skeptics that he can travel around the world in 80 days. Fogg takes a train to Paris, then sets off in a hot air balloon and travels – by various means – across the globe with stops in places like Spain, India, Hong Kong, Japan and San Francisco. The adventurous Englishman encounters numerous trials and tribulations during his journey, but in the end (spoiler alert) he’s saved by the International Date Line, which gives him an extra day and the chance to win it all at the last minute. 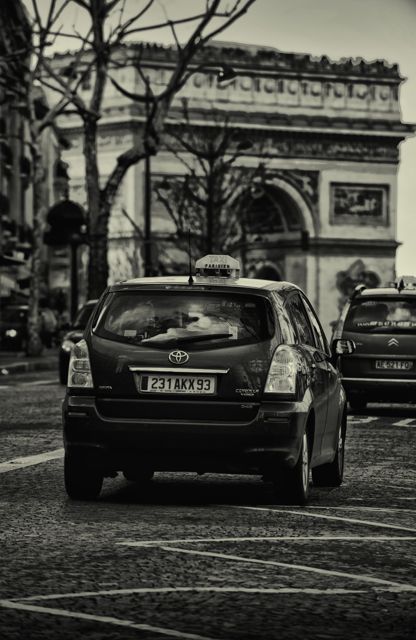 “The Accidental Tourist” ends with a cab in Paris. (Image: roger.salz)

Baltimore-based travel guide writer Macon Leary is the focal point in this international story of love and loss. The writer experiences his share of heart break: the murder of his son, the break up of his marriage and an injury that brings him back to his childhood home where he meets kennel manager Muriel Pritchett (played by Geena Davis). Praised for its adapted screenplay, original score and acting, the drama unfolds with a shared flight to Paris (where Leary is researching his next guide), a hotel recommendation and a taxi. 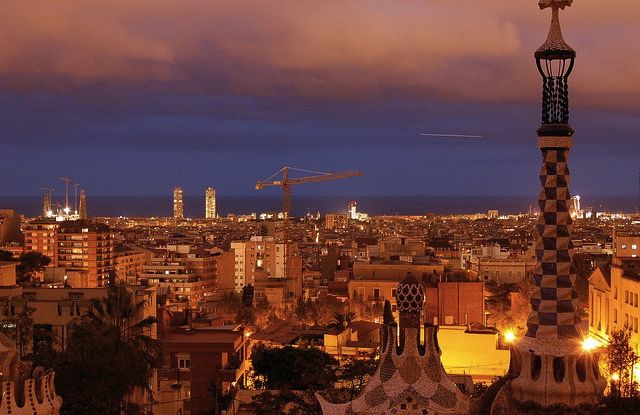 Barcelona is the main backdrop for this story of twisted love connections. When two American women – practical Vicky and carefree Cristina – travel to the Spanish city for the summer, they meet artist Juan Antonio Gonzalo and a series of seduction attempts (and successes) ensues. But it’s the arrival of Gonzalo’s unstable ex-wife Maria Elena (played by Penélope Cruz) that really shakes things up. Shot on location in Barcelona, the movie also takes viewers to Oviedo, Spain, France and the U.S. 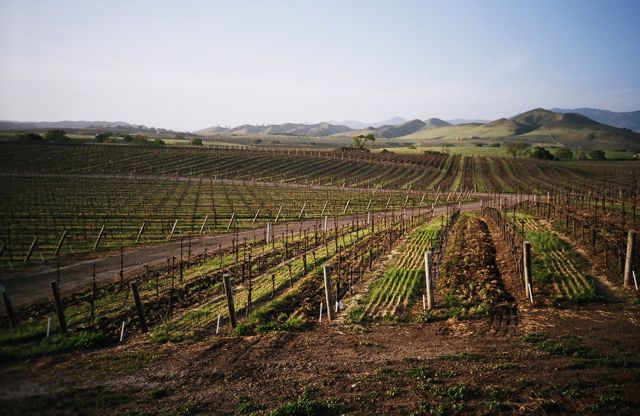 In this 2004 comedic drama, a week-long road trip that starts in the name of good fun turns into debauchery as two middle-aged men travel from San Diego up to Santa Ynez Valley wine country in California. The movie sheds light on the human condition, using the trip as a tool to fully develop characters. In the meantime, the film features plenty of picturesque California vineyards. And the succession of wines that parade across the screen will leave you longing for a trip to wine country – and a glass of red. Pinot Noir, anyone?

Search for flights to California 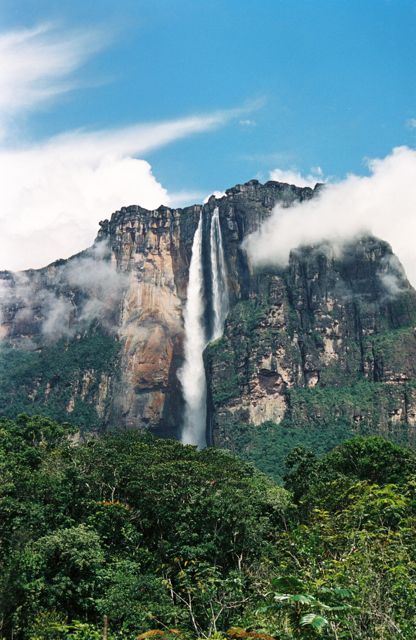 Unconventional travel is at its finest in this animated story of elderly widower Carl Fredricksen who ties thousands of helium balloons to his house and takes off in search of a fictional location – Paradise Falls, Venezuela. Fredricksen’s journey is inspired by a lifelong personal goal and a promise to his late wife after years of saving up for the trip. The film’s creators spent time in Venezuela researching their main character’s destination, which seems to most closely resemble Angel Falls in Venezuela’s Canaima National Park. 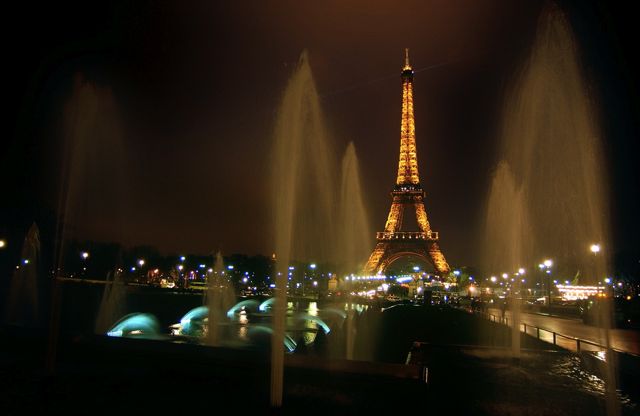 Set in Paris and laced with dance numbers, this critically acclaimed musical film centers on American World War II veteran-turned-painter Jerry Mulligan, who has traveled to Paris to live as an expatriate. There, he meets French woman Lise Bouvier and falls in love with her shortly before she gets married to another man. The film was actually shot in Los Angeles, but its musical score, recreated Parisian locales and depiction of forbidden love still thoroughly impressed viewers, critics and the Academy. 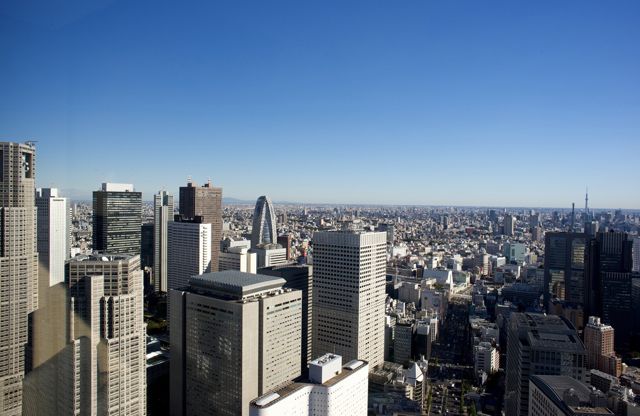 This best original screenplay winner is the story of an unlikely bond between two Americans who have traveled to Tokyo for different reasons. Bob Harris, an aging actor, arrives in the Japanese city to film an advertisement, while Charlotte has accompanied her celebrity photographer husband on assignment. Culture shock strengthens their relationship, as they attempt to navigate a contemporary Japanese environment and the complexities in their lives. Shot on location in Japan, the setting for Lost in Translation was largely inspired by director Sofia Coppola’s many visits to the country. 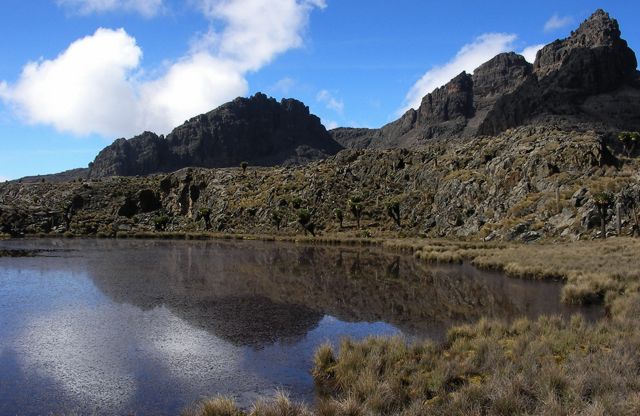 With seven Oscars to its name, “Out of Africa” is on the high end when it comes to the most Academy Award-decorated feature films of all time (a few movies have each won 11 Oscars). The romantic drama, starring Robert Redford and Meryl Streep, begins with a Danish baroness who moves from Denmark to British East Africa (present-day Kenya) with her husband and purchases a coffee plantation. The baroness falls for big-game hunter Denys Finch Hatton who refuses to settle down. With his personality underscored by their untamed African surroundings, the baroness eventually makes her way back to Denmark amid heartbreak. 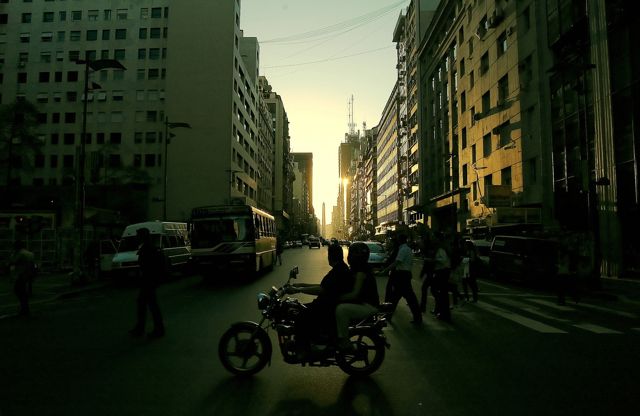 Based on Ernesto Guevara’s travelogue, “The Motorcycle Diaries” chronicles Guevara’s 1952 journey across South America alongside his friend Alberto Granado. The pair originally set out on Granado’s motorcycle looking for a fun-filled trip and the ultimate goal of working in a leper colony in Peru. Along the way, they are deeply changed by the people and poverty they encountered. Departing from Buenos Aires, Guevara and Granado travel 8,700 miles through Argentina, Chile, Peru, Colombia and Venezuela – a journey that ends up transforming their lives. 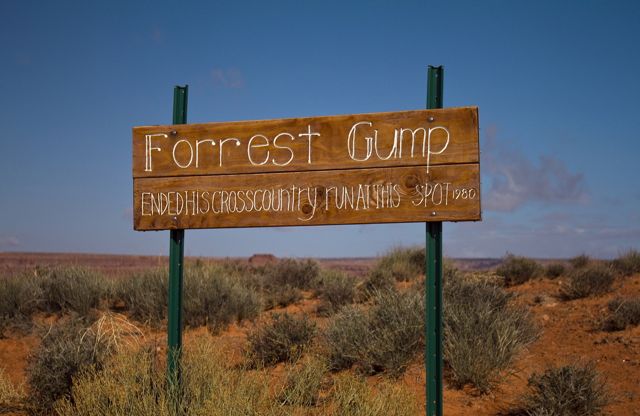 Monument Valley from the Utah side – the place where Forrest Gump ended his cross-country run in the 1994 feature film. (Image: Irwin-Scott)

Though not an obvious travel movie pick, “Forrest Gump” takes us places. From Alabama to Washington, D.C. to Vietnam, Gump is constantly on the go in this perennial favorite. The defining montage that places this cinematic success in the travel category is Forrest Gump’s epic journey – on foot – across the United States as he gives into his inexplicable urge to just keep running. You’d truly never know (until now) that most of the movie wasn’t shot in the locations it showcases.

Editor’s note: Hello, travelers. We revised this post for you to make sure it’s up-to-date, comprehensive and even more awesome.

The Top 10 Flight Themed Movies of All Time Flight has been an important theme in movies, even before it...
Melisse Hinkle

Waiting to Board with Jennifer Miner

Jennifer Miner is a travel writer based in Los Angeles and the co-creator/editor of The Vacation Gals.
Pleasance Coddington