With the Toronto Film Festival fast approaching (Sept. 7-17), followed by the New York Film Festival (Sept. 28-Oct. 15), movie buffs may be having some serious FOMO. But with the high cost of festival passes (the lowest level “Bronze pass” for the NYFF is $5,000) on top of travel expenses, attending a major film festival may be out of reach for the average traveler. Sure, you may be able to score tickets to a screening or two, but, if you want the whole multi-day experience (and, if you’re traveling all the way to the festival, of course you do), you typically need to pay.

Just because TIFF or NYFF may be out of your budget doesn’t mean you can’t have a festival experience of your own. We’ve done our research and compiled a list of 11 affordable film festivals worth traveling for. Each of the below festivals offers budget-friendly festival passes (where you can see all screenings for under $500) and offers a little something extra for travelers heading to a new city for the fest. So, make some popcorn and read on for your guide to a film festival getaway that doesn’t break the bank. 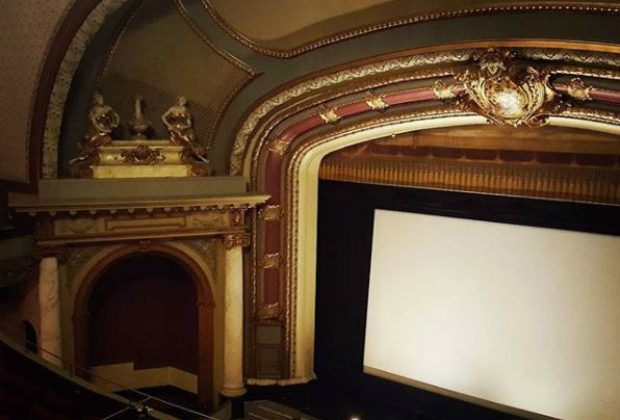 Diversity is key for the Montreal World Film Festival, which boasts a roster of films from all over the world. Fans of international cinema and travelers with an unquenchable wanderlust will appreciate the variety of programming. While it’s too late to attend this year’s festival, think ahead for next year (the festival takes place at the tail end of August). Purchase the Cinephile pass (CA$250 — around $200 — for past festivals) for access to all regular screenings and the ability to vote for all audience awards. While in Montreal, be sure to do some exploring of the city’s own culture. Stretch your legs after a day spent sitting with a stroll through Parc du Mont-Royal and, once you’ve worked up an appetite, delight your palate with authentic poutine (be sure to ask a local for their recommendations). 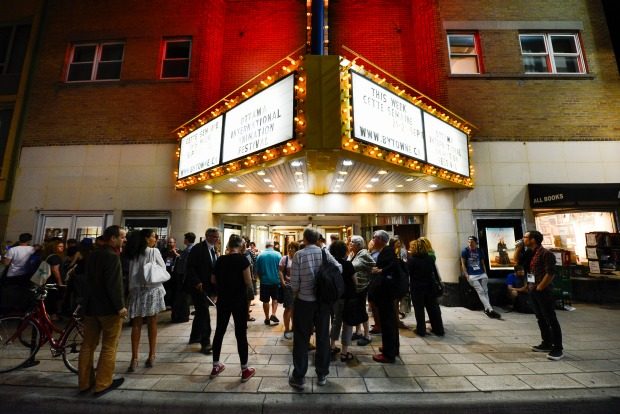 Fans of animation should head to the Ottawa International Animation Festival Sept. 20-24 for 5 days of animated films ranging from classic to cutting edge. Buy the Animapass for CA$235 (under $200) and gain access to all regular screenings and workshops, as well as after parties. While in Ottawa, tap into your inner child and explore. Check out the views from Parliament Hill (and perhaps try your hand at kayaking or whitewater rafting on the Ottawa River), do some souvenir shopping at ByWard Market and eat your way through the city’s thriving culinary scene. 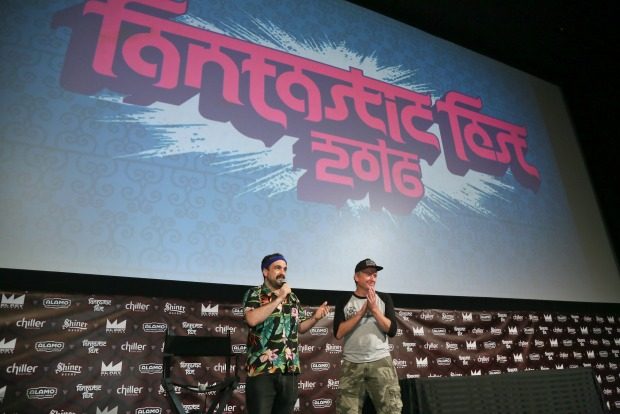 The largest genre-film festival in the U.S., Fantastic Fest is a must for film lovers with an appetite for horror, fantasy, sci-fi and action. Past years have seen the world premieres of favorites like “John Wick,” “Zombieland” and “Frankenweenie,” but Fantastic Fest also hosts independent genre films that are sure to make an impact. Held at the Alamo Drafthouse in Austin, a must-visit theater for film lovers, the festival also includes Q&A sessions, film discussions, movie-themed karaoke events and more unique and engaging entertainment. Badges to this year’s festival (coming up Sept. 21-28) are sold out, but went for under $500 for access to all screenings and festival parties. Plan ahead for next year and, while you wait, consider wetting your whistle at Other Worlds Austin — a sci-fi festival taking place Dec. 7-10 with badges available for less than $100. 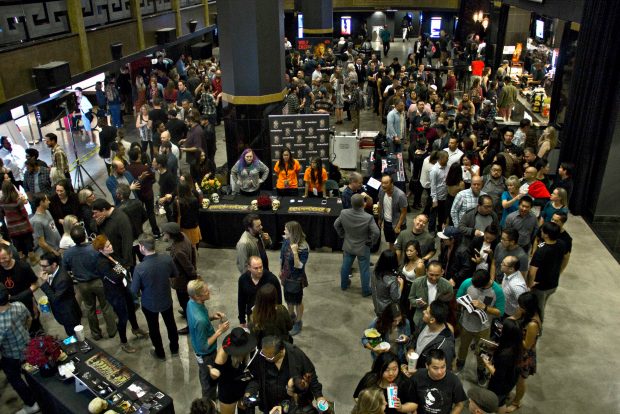 A celebration of all things horror (Photo: Courtesy of Screamfest)

Referred to as the “Sundance of Horror,” scary movie aficionados should skip the more expensive Hollywood festivals and head to Screamfest instead. It’s the largest and longest running horror film festival in the U.S. In fact,”Paranormal Activity” first premiered there in 2007. This year’s festival takes place Oct. 10-19, and you can check out all screenings for around $200, or gain access to all screenings and all festival parties for around $300. Travelers heading to Los Angeles for the fest, held at the iconic TCL Chinese Theatre, will be perfectly located to explore Hollywood Blvd and meander along the Walk of Fame. When the festival ends, rent a car and treat yourself to a drive down the Pacific Coast Highway and a well-deserved beach day. Check out our 52 things to do in Los Angeles for more ideas. 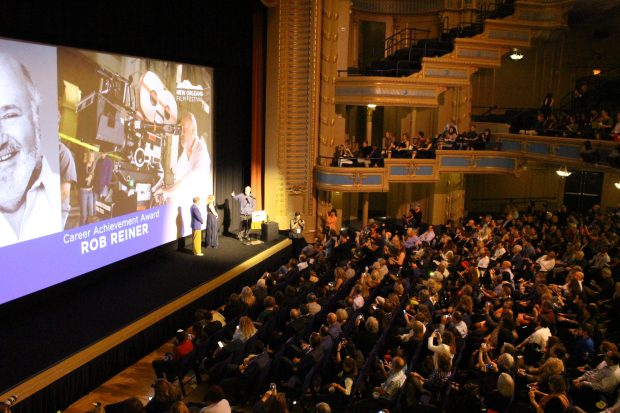 New Orleans is a must-visit city in its own right, so if you’re a film lover looking to hit a festival, why not multitask with the New Orleans Film Festival? Taking place Oct. 11-17, this year’s festival is fast approaching. One option is to buy a VIP All Access pass for $320 ($295 if you purchase before Aug. 31). Your pass will get you admission to all festival screenings (with 240 films ranging from international to local Louisiana-made entries), access to the Festival VIP Lounge and entry to all festival parties (and NOLA knows how to party). With theaters around the city hosting screenings, you’ll be able to do your sightseeing between films. Wander Bourbon Street, listen to live jazz and work up an appetite for local Cajun cuisine. Here are 25 more affordable things to do in the Big Easy. 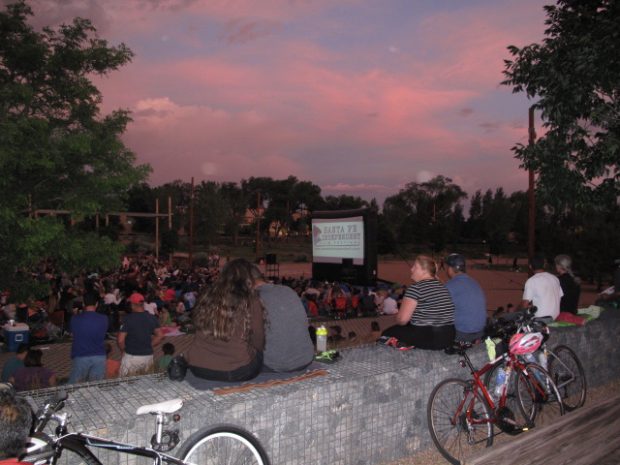 Taking place Oct. 18-22, this festival has the beauty of New Mexico in fall as a backdrop. While trendsetting travelers are flocking to Albuquerque, movie lovers will want to head north to Santa Fe. With a focus on eclectic, independent films, the Santa Fe Independent Film Festival has grown exponentially since its start in 2009. It now boasts more than 100 films (narrative, shorts and animated) and a number of festival events including discussions with filmmakers and after parties. Access to all screenings is available via a festival pass for under $400. While in Santa Fe, be sure to spend some time outside between screenings taking in the desert beauty and Spanish-influenced architecture. 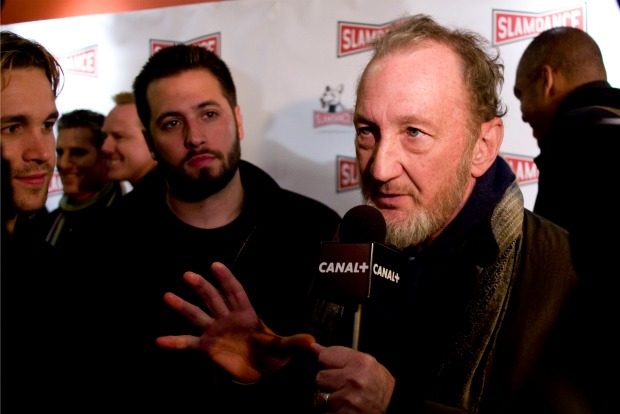 Skip the costs and crowds of Sundance and head to the other film festival happening in Park City, UT, this January. Slamdance Film Festival runs from Jan. 18-25 and its name is no coincidence. The festival was started by a group of innovative filmmakers who weren’t accepted into Sundance. Instead they started their own festival, which favors unique and eclectic independent films (and even includes television pilots and music videos). All-access passes to the fest are around $350 and include all screenings, discussions, events and the closing night party. Compared with the $3,000 or so price tag of Sundance, there’s a lot to like about the approachable, inclusive nature of Slamdance. 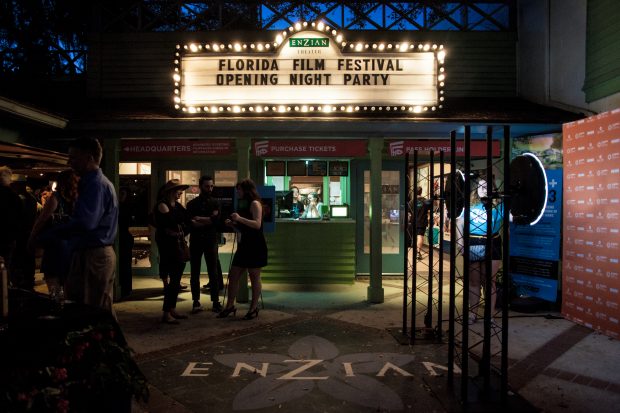 The Florida Film Festival is the perfect opportunity to experience an Oscar®-qualifying festival for less. Purchase the “Binge” pass for $325 to gain access to all regular film screenings over the entire run of the festival (taking place from April 6-15, 2018). Tickets can also be purchased individually for $9 to $11 per film. With films ranging from features to shorts, independent to international, and including more than 20 world premieres, FFF is a great festival for first-timers and frequent festival-goers alike. When you need a break from the (lights, camera) action, Eden Bar at the Enzian theater, where many of the screenings take place, offers an enjoyable, laid-back ambiance and tasty hand-crafted cocktails. Since the festival takes place only 20 minutes from Orlando, you may want to pair your experience with a trip to Disney World, where you can keep the theme going with a stop at Hollywood Studios. 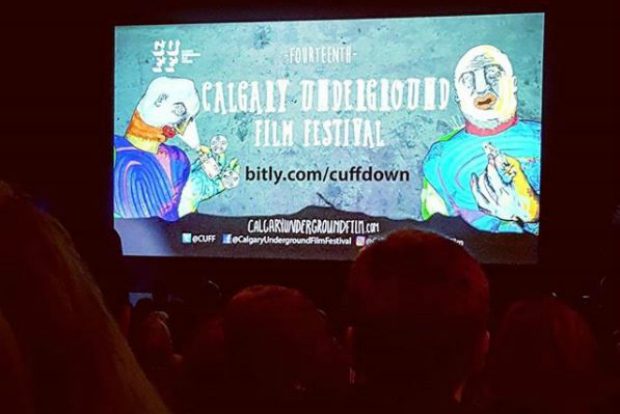 If you’re looking for something a bit different, head to the Calgary Underground Film Festival (taking place this year April 16-22). With local and international independent films on its roster, the goal of the festival is to showcase films that think a bit outside the box. The 2017 festival offered up CA$120 (under $100) festival passes (CA$99 — around $80 — if you purchased early), which includes access to all CUFF screenings and 2 drink tickets. While in Calgary, take some time to further explore the city’s eclectic art scene with a number of museums and galleries on offer. 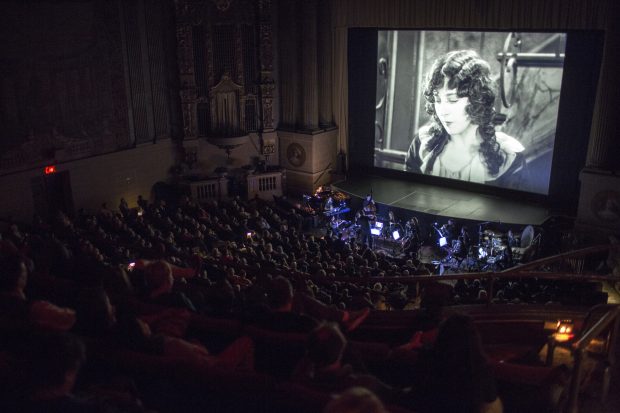 Cut through the noise with a trip to the San Francisco Silent Film Festival. Enjoy 5 days of silent era films set to live music. Last year, festival passes were available for $260 (tickets to individual shows were around $16) — the 2018 festival runs from May 30-June 3. The festival fittingly takes place at the historic Castro Theatre, which was built in 1922 and is an ideal venue to pay homage to the films of the teens and 20s. The SFSFF is a film lover’s paradise, featuring everything from well-known films to more obscure titles to recent restorations (the 2017 festival screened 23 minutes of footage from a once-thought-to-be-lost Louise Brooks film “Now We’re in the Air” discovered in 2016). The San Francisco locale makes the experience all the more enticing. Be sure to build time into your trip to explore the city — from selfies in front of the Golden Gate Bridge to exploring the city’s many unique neighborhoods. 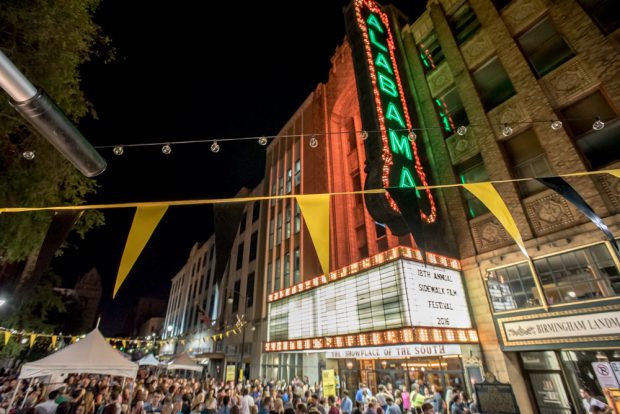 A beautiful night for a film festival in Birmingham. (Photo: Sidewalk/Joseph De Sciose)

The last weekend of August brings the Sidewalk Film Festival to Birmingham, AL. Think 250 films shown over the course of one weekend. VIP passes for this year’s festival were $285 (with discounts if you purchased early). VIP passes include access to all films and festival-related events, including after parties and access to the VIP lounge. The festival takes place across 10 venues, including the historic 1927 Alabama movie palace, and all venues are within walking distance making the festival a great way to experience the charm of Birmingham between films.

Which festival is calling to the movie buff and travel junkie in you? Share with us in the comments.

*Prices and availability may vary.

Africa’s premier gay and lesbian film festival, Out In Africa, kicks off on March 23
Brett Ackroyd

Film festivals around the world

Our Top 10 Picks With the beloved Sundance Film Festival starting Jan. 19 and the Oscars not too far off,...
Melisse Hinkle

Best holiday trips on film to get you through Christmas travel

It’s beginning to look a lot like Christmas, everywhere you fly. From frazzled families to tired TSA agents to the...
Lauren Mack