Looking for a rush? If you’re craving a little excitement on your next vacation (or just because) look no further than our guide to the best spots to seek a thrill in North America. Our picks offer varying degrees of adventure, but one thing is for sure – all of them will get your adrenaline pumping. 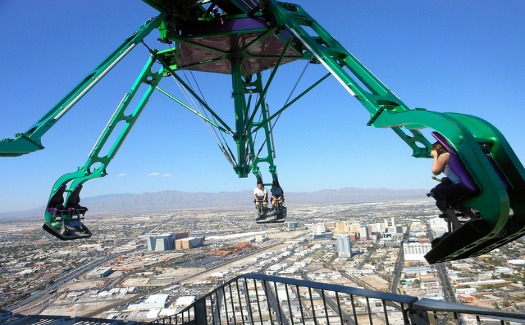 Las Vegas isn’t just about bright lights, glitzy shows and slot machines. Experience the famous Strip like never before with a thrilling ride at the Stratosphere Tower. You’ll be taken up 900 feet, extended out almost 70 feet via a giant mechanical arm and then the fun begins. Riders are spun around at speeds of up to three ‘G’s and propelled up to an angle of 70 degrees, which tilts your body straight down. Open your eyes if you dare.

The SkyRider Tour is the longest, fastest and highest zip line tour in North America, and the second largest in the world. The ride starts with a chairlift up to Hunter Mountain Summit Lodge where you get prepped for the adventure ahead. Then, you get to ride four miles of zip lines and at certain points will be soaring more than 590 feet in the air at speeds of up to 50 miles per hour. 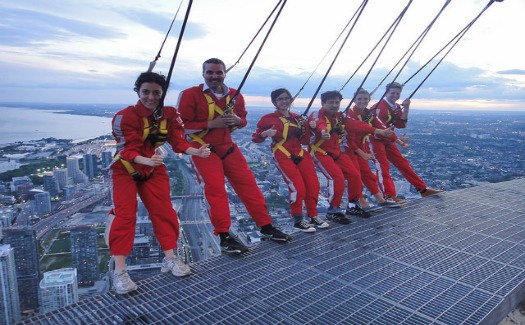 On the roof of the CN Tower’s restaurant, 1,160 feet in the air, is where you can test your nerves with EdgeWalk. During the 20 to 30 minute walk you will make your way around the roof to experience Toronto’s tallest urban adventure. The view over the city is pretty spectacular – if you’re daring enough to look down.

If you have a need for speed you might want to get yourself to Calgary and head to Canada Olympic Park. Have the ultimate sledding experience by getting to pilot your own luge after a brief lesson courtesy of the Canadian Luge Association. Once you’ve been briefed you’ll slide through five turns and reach speeds of up to 40 miles per hour. 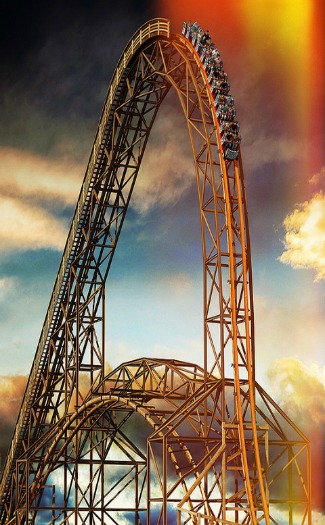 Anyone in the mood for some thrills will love Goliath. The wooden coaster at Six Flags Great America in Gurnee, Illinois is the world’s fastest wooden roller coaster at 72 miles per hour. It’s also the world’s tallest wooden coaster at 180 feet, as well as the world’s steepest at an almost vertical 85 degrees. During the adrenalin-pumping ride you’ll experience two upside down maneuvers, three over-banked turns and some stomach-lurching drops. 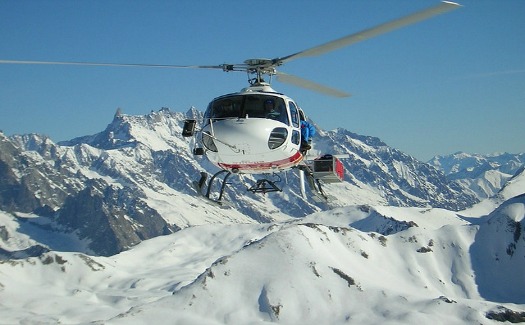 What do you get when you combine downhill skiing with helicopters? You get heli-skiing, an extreme way to hit the slopes that shouldn’t be missed if you’re looking for some adventure. Basically, heli-skiing means skipping the chairlift and being taken to remote areas to ski via helicopter. You’ll get to swoosh down bigger slopes in places regular skiing won’t ever take you. Whistler Heli-Skiing gets you access to 174 glaciers and 475 runs. 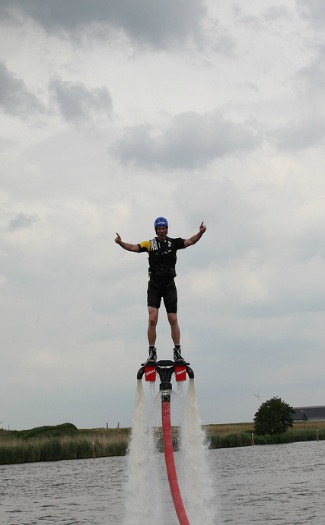 One of the newest extreme sports to gain traction among thrill-seekers is Flyboarding and a good place to try it is in Florida with Flyboard South Florida. Imagine wearing jet packs on your feet and you’ll have an idea of what Flyboarding is. A Flyboard lets you – as the name would suggest – get some serious air. The Flyboard harnesses the outflow of water from a jet ski and redirects it to two nozzles under the rider’s feet. A stream of water from a giant hose goes from the jet ski to the Flyboard and that steady stream is what keeps you in the air. The jet ski driver is there to keep you safe and guide you down when the time comes to be back on solid ground. Riders can expect to achieve heights of five to 50 feet.

Bungee jumping adrenaline junkies in Canada will want to pay a visit to Great Canadian Bungee in Wakefield, Quebec, where they can experience Canada’s highest bungee jump at more than 190 feet. When you jump you’ll be jumping over a lagoon that is almost 165 feet deep, which means you’ll be getting a “body dip” into the water below. 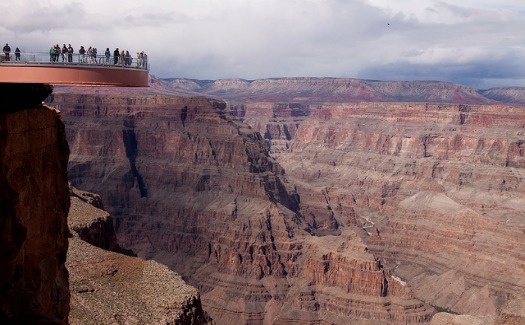 Anyone who gets a rush from being up high and having an amazing view will be interested in Skywalk at the Grand Canyon. A horseshoe shaped bridge with transparent glass floor and sides takes daring visitors 4,000 feet above the floor of the Grand Canyon.