Travel is one of life’s great pleasures, so it is little wonder travelers are more interested in researching which sites to see and which restaurants to visit than finding out what scams they have to watch out for.

In a foreign country or city people let their guard down, relax, and often behave in a way they never would back home, leaving them open to highly organized tourist scams.

These scams often play on the traveler’s kind and trusting nature, desire to save on holiday purchases, and lack of local knowledge.

It is difficult to say how many of us have been fooled by these scams as victims often don’t realize they’ve been caught until it is too late and many are simply too embarrassed to admit being taken in by a simple con.

We’ve put together a list of the top 10 travel scams to watch out for around the world. The key piece of advice: Keep your wits about you and learn from past travelers’ mistakes. And, most importantly, always find the local number for the police and, if in doubt, call them.

If, as a traveler, you find yourself being accused of a crime you didn’t commit, chances are you’re dealing with a counterfeit cop. For example, fake police might charge an over-the-top, on-the-spot fine for putting out a cigarette in public. Always check the officer’s ID and contact the real police if you have any doubts. 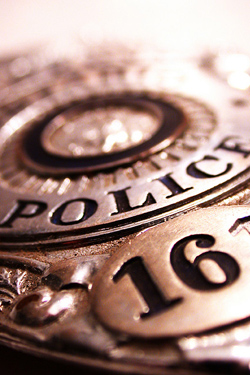 En route to their official destination, dodgy tuk-tuk or taxi drivers take travelers to stores where they are offered deals that are literally too good to be true. The so-called ‘Gem Scam’ can actually involve any high-priced or desirable item such as leather goods or “authentic” carpets. Victims soon discover their “jewels” may be nothing more than polished glass and those larger items, well, they never make it back home. 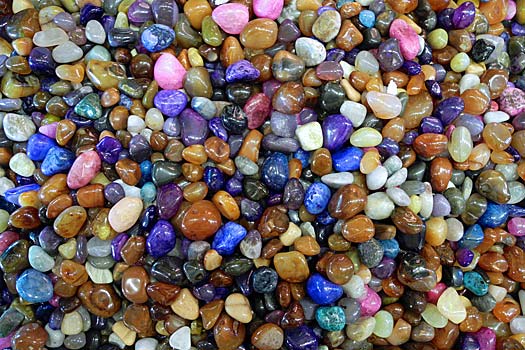 Gemstones might just be polished glass. Photo by Woody Hibbard

This can be anything from a child waving a newspaper in your face to an old woman needing assistance or a local helping you wipe a mess off your shirt. While you are distracted, a second crook comes in and swipes your stuff. The key to making it out with all your valuables intact is to pay careful attention to your belongings and others around you. 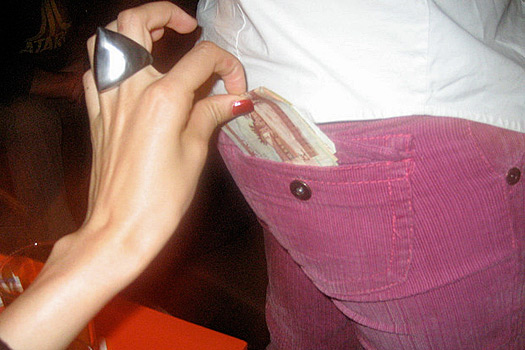 These can take a variety of forms, but the basics involve a traveler, usually male, being approached by local women (sometimes a group of seemingly friendly men) who invite him for a round of drinks at a local bar. After a few beverages the locals are gone and the traveler is left with a ridiculously large bill! 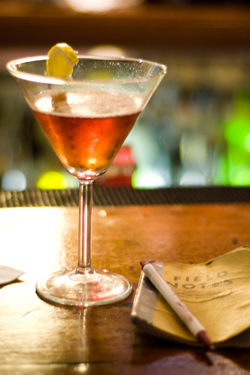 Be careful who you drink with. Photo by Ty Nigh

Unfortunately for all the good ones, cab drivers have a bad rep for ripping off travelers, but they do have a lot of tricks associated with their profession. Some of the most common cons are inflating fares or telling passengers their selected hotel/bar/restaurant is closed, but never fear, they know a better one just down the road. Always travel in licensed cabs and, if possible, agree on a fixed fare. Also, insist on going to your original destination and see if it is actually closed for yourself. 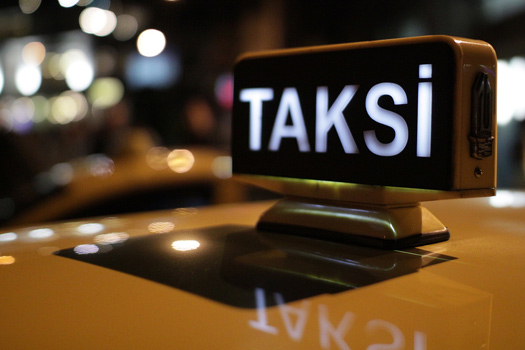 Be careful of tricky taxi drivers. Photo by Martin Terber

They can pop up anywhere, but are most often found around New York City‘s Times Square or on the Las Vegas Strip. CD bullies approach passers-by asking them to check out their music, handing over what appears to be a free copy of their CD. However, once the disc is in your hands, the aspiring superstar (often surrounded by friends) refuses to take it back and expects you to pay for the pleasure of listening to their unsigned gem. Try to ignore these guys, but if one of the ‘musicians’ does manage to get a CD in your hand and refuses to take it back, gently put it on the ground and walk away. 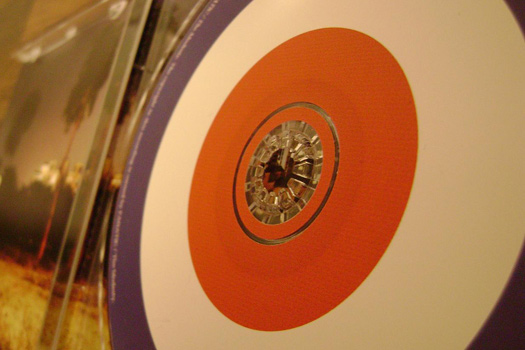 Be careful of free CDs. Photo by Jonas Strandell

You’ve just arrived at an amazing site and are happily snapping away, trying to get that winning shot, when a local in costume or with an intriguing prop shows up and offers to pose for a photo. This person isn’t just doing this for a bit of fun. The costumed conman is after your cash. Once the photo has been taken he or she will demand a crazy amount of money from you. Even worse, if the person in costume has a partner who took the picture he might not return your camera until you’ve paid up big time. 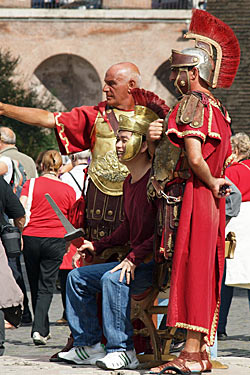 ‘Gladiators’ at the Colosseum, Rome. Photo by Adam Kahtava

All ideas of personal space are thrown out the window when riding a train crowded with people. You tend to ignore passengers bumping and knocking into you and it’s in this environment where you have to pay extra attention to your belongings – was that an accident or someone going for your wallet?

The busy public transport networks of New York, Paris and London are particular hotspots, but light-fingered thieves can be found around the world.

One particular scam is common in certain parts of Italy. Your train pulls into the station so you jump aboard; but there are a few minutes to wait until it is due to depart. In this time, dozens of what seem like passengers squeeze their way into the carriage, but just before the doors close and the train leaves the platform, they jump off taking the valuables of unsuspecting travelers with them. 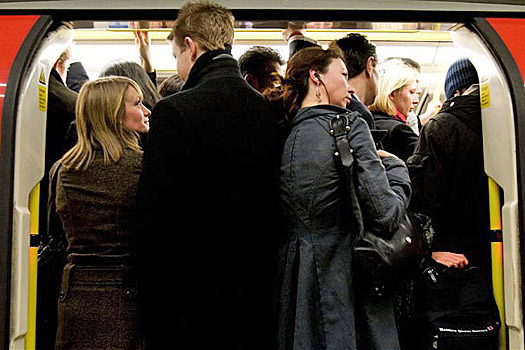 Busy trains are a pickpocket’s dream. Photo by Ted Sullivan

Where Are You From?

When wandering through an exotic marketplace, you know there’s going to be haggling in store. However, what you might not know is that store keepers start working out how much to charge you from the moment you open your mouth.

Almost every shop owner will start a conversation with ‘Where are you from?’ and you need to be careful with your answer.

If you say something obvious like England, America or Australia, they will assume you have a lot of money and, as a result, will instantly push up the price of their stock.

The best answer to give is something a little obscure such as the name of your city or suburb. This will throw off the seller and leave you to haggle on a level playing field. 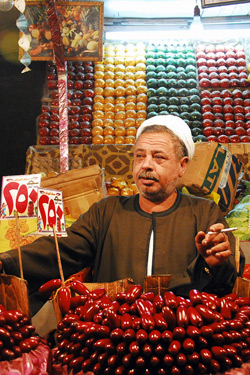 Stall owners will adjust prices to your nationality. Photo by Tinou Bao

A charming person comes up to you offering directions or sightseeing advice when, suddenly, he or she ties a woven bracelet around your wrist in a double knot then demands payment. If you refuse, the scammer starts yelling that you’re stealing the bracelet. Victims are often so shaken by the experience that they end up paying the perpetrator.

Be wary of overly friendly people offering services you neither want nor need and tell them to remove the bracelet before you call the police. 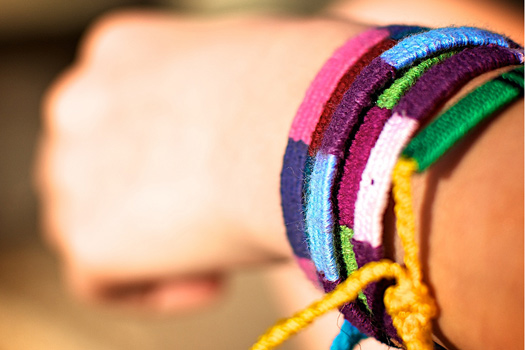 The salmon run is the most interesting time to view bears in the wild. The annual migration sees thousands of mature adult fish aiming to journey from the ocean to the upper reaches of their native rivers.
June 12, 2013‐Brett Ackroyd

CheapflightsNewsTop 10 travel scams to watch out for