Most beers rely on hops and malts for their flavor profiles, but where’s the fun in leaving it at that? Leftover Christmas cookies, maple bacon doughnuts, coconut curry and mushrooms are just a few of the ingredients craft breweries are playing with around the country, and what they’re churning out are far from your average ales. Check out these eight interesting beers from breweries around the U.S., and don’t miss the bonus international pick with a special ingredient you won’t believe!

Saisons have quickly become the next big thing when it comes to craft beer, but you’ve never tried a farmhouse ale quite like the Ponce Saison being brewed over at Quest Brewing Company in South Carolina. You’ll smell it before you taste it, as a fiery trail of jalapeños hits your nose and threatens to burn your tastebuds into submission. Luckily, this saison is also brewed with cucumber, so it’s more refreshing than it is tear-inducing. When enjoyed at the brewery, this special release might be poured from a cask with an added ingredient like cilantro, too. 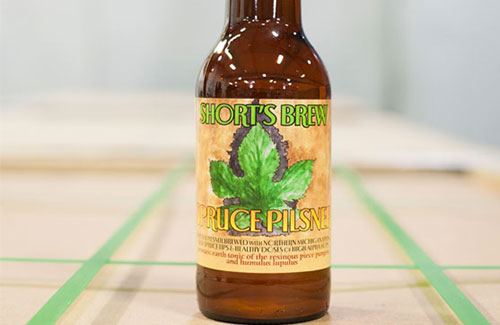 Who knew spruce tips could turn an ordinary pilsner into a gin-like beer? The brewmasters over at Short’s Brewing Company in Michigan, that’s who. Well, them and Captain Cook, who used to brew spruce beer on his long voyages across the ocean blue. Short’s India Spruce Pilsner is brewed with local, hand-picked blue spruce tips using historic brewing methods, creating a pilsner Captain Cook himself would enjoy.

Beer shows off its savory side at Cincinnati’s Blank Slate Brewing Company, where Shroominous, a brown ale, embodies the Japanese term “umami.” This foodie term is used to describe savory flavors, which Shroominous achieves through the use of shiitake mushrooms. Pair this one with meals that deserve mushrooms on the plate (we’re looking at you, steak and risotto). 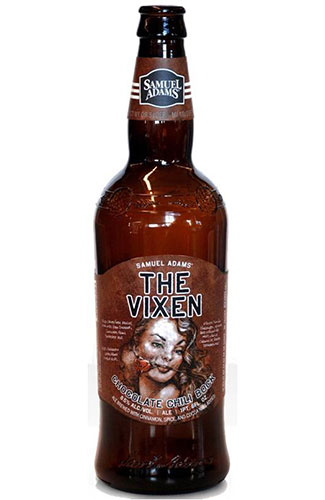 Chocolate? Check. Ancho chiles? Check. Chipotle chiles? Check. Add in a dash of cinnamon and age this brew on a bed of Ecuadorian cocoa nibs, and you have Samuel Adams’ The Vixen, a palette-pleasing mix of spicy, rich and sweet. 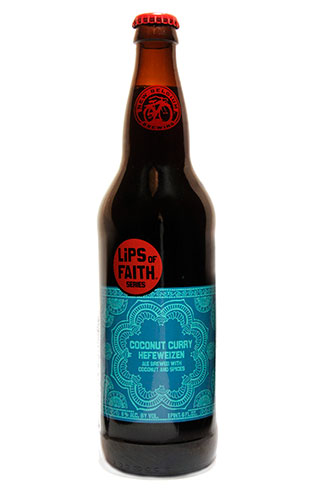 Coconut curry as a beer? Why not? (Image: New Belgium Brewing)

On the surface, this light-colored ale looks like any other hefeweizen, but don’t let the color fool you: this is coconut curry in liquid form. New Belgium Brewing channels the Thai staple in this hefe, using coconut, cinnamon, coriander, kaffir lime, cayenne pepper, ginger and fenugreek to recreate the soothing heat of coconut curry in beer form. 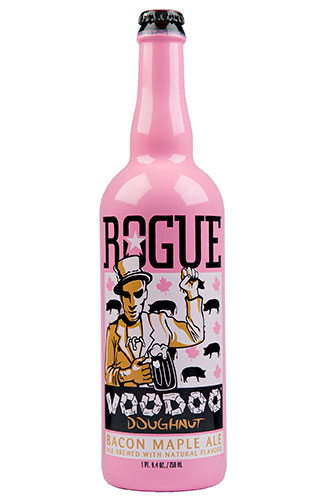 Bacon. Doughnuts. Beer. How can you go wrong? (Image: Rogue Ales and Spirits)

Portland’s VooDoo Doughnuts has garnered a cult following over the years for its namesake breakfast treats, so it was only a matter of time before one of Oregon’s top craft breweries paid the ultimate homage to VooDoo with a line of beers inspired by their doughnuts. You’d better believe the VooDoo Doughnut Bacon Maple Ale is brewed with applewood-smoked bacon and pure maple flavoring, not to mention an assortment of smoked malts. Who says you can’t drink with breakfast? 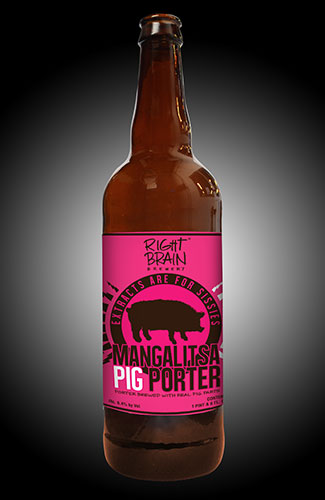 Porters are genuinely known for their dark coloring and chocolatey flavors, but at Traverse City’s Right Brain Brewery, porters are also known for fermenting with pig parts. That’s right — pig parts. Smoked pig heads and bones are the special ingredient in the Mangalitsa Pig Porter, a brew with a flavor experience that marketing coordinator Leif Kolt calls “similar to taking a soft pretzel, wrapping it in ham and dipping in chocolate.”

Holiday Hangover Ale
Miner Brewing Company, Hill City, South Dakota
Though it’s not currently being offered, Miner Brewing Company’s Holiday Hangover Ale is still something to talk about. This seasonal beer is brewed with “slightly aged Christmas goodies,” including gingerbread, sugar cookies and the ever-present Christmas leftover, fruitcake. The brewery’s beers aren’t bottled at the moment, so head to the Hill City or Prairie Berry East Bank location to test them out.

And a special international bonus brew… 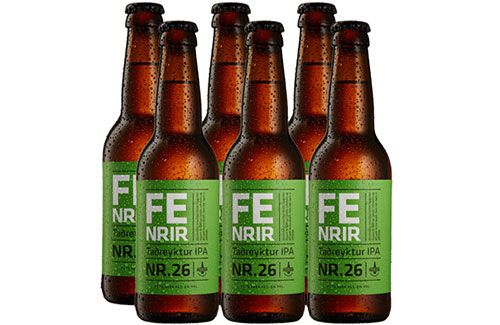 If you thought breweries in the U.S. were getting quirky with their ingredients, wait until you hear what Icelandic brewery Borg Brughhus is doing with their West Coast IPA. Their newly released Fenrir Nr. 26 features sheep dung. That’s right, sheep dung. Don’t worry, though: the actual sheep waste doesn’t make it into the bottle. Check out the process with the brewery’s video. (Warning: Humor and colorful language ahead!)

And on that note, cheers!