Christopher Nolan’s “Interstellar” is a biiiiig movie drama set to light up the galaxy this November. Its story about interstellar space migration will inspire and delight you.

But what do you do after the film’s finished?

Space migration’s an attractive idea but a bit tricky when you’re on a budget.

Rollercoasters are our best simulation of what hurtling into space is like. The most famous space-themed coaster is, of course, Space Mountain – a ride that doesn’t actually go into space and isn’t a mountain, but doesn’t let you dwell on that for a moment.

The original version of Space Mountain in the Magic Kingdom in Florida was soon followed by the Californian Disneyworld copy, while the Hong Kong and Paris Disneylands got their own versions. Our favorite is the one in Paris which is based on the works of sci-fi author Jules Verne, giving a steam-punk flavor to the so-called Mission 2. 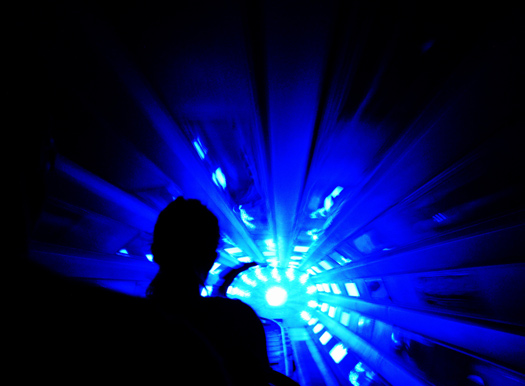 Space Mountain: the closest thing to a wormhole we currently have. Photo: Jaysmark 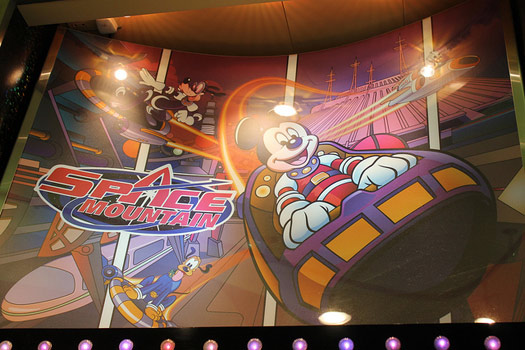 Real-life experiences of Space Mountain do not always include a dog riding a hoverboard. Photo: Loren Javier

Although space-themed roller coasters are the closest approximation to “Interstellar,” we recognize that many Cheapflights readers don’t like being hurled around at unnatural g-forces in the dark. Let’s look at something calmer…

If you live in a city, all you can probably see is a grey-orange glow when you look up at night. For an “Interstellar” experience, head to a less populated area where the gazillions of stars surrounding Earth are given a chance to dazzle you.

Dark sky parks are being increasingly acknowledged around the world, places where the lack of civilization’s gaudiness enables the blanket of stars above us to shine through. Here’s our handy list of some of the best places to stargaze in the U.S.

What if you don’t have time to go camping? You’ve got five kids to feed and time is money. Take them to your local planetarium instead. These beacons of astronomical delight have been enthralling and educating all over the world for decades. We especially like the Charles Hayden Planetarium in Boston, which puts on a continual series of awesome shows. 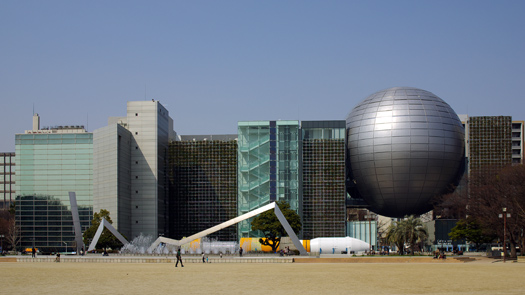 Totally inconspicuous: the biggest planetarium in the world is in Nagoya City Science Museum in Sakae in Nagoya, Japan. Photo: commons.wikimedia.org

So far we’ve covered the whole thrusting motion of interstellar space travel and the star stuff, but what about the wormholes? Well, seeing as wormholes are theoretical, we’ll just make do with the worm aspect.

For an experience where worms recreate a galaxy of stars, head to New Zealand where glowworms can be found living in caves. The most iconic are the Waitomo Glowworm Caves, where visitors take a raft through an underground lake as thousands of the little glowworms hang above with their bioluminescent rumps mimicking a tapestry of stars.

Australia also has several glowworm attractions, while Dismals Canyon in Alabama is home to a similarly shining species, the so-called dismalites. 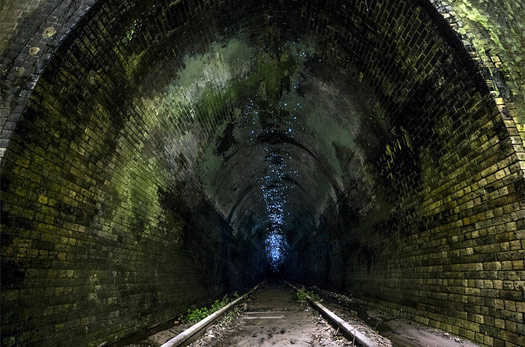 Relax in a flotation tank

Want to feel the weightlessness of space, but in an environment safer than an airless vacuum? Try a floatation tank.

Beloved by hippies everywhere, floatation tanks reduce the sensory stimuli you’re exposed to and let your mind wander, often with surprising results. Floaters claim they feel like they’re floating in space, or returning to the sensations of being in the womb, as well as all sorts of other high weirdness.

You can find floatation tank specialists all over the world, but they’re especially popular in California.

Sensory Dep/Floatation Tank. Need to find one in the #dc area. #relaxing pic.twitter.com/yjJAjro6WL

If you’re scared of the dark, then pretty much all the above options aren’t for you. Don’t worry though, nyctophobic friend, you still have options. If it’s simply the chance to wallow in space technology and the achievements of mankind, many science museums around the world offer fantastic exhibitions all about the cosmos.

In Washington, D.C., the Smithsonian’s massive National Air and Space Museum offers a bunch of free permanent exhibitions, complete with space shuttles that have been to space.

The Cite des Sciences et de l’Industrie in Paris is the largest science museum in Europe and has two permanent exhibitions about space. Our personal pick is The Great Story of the Universe – it manages to convey that feeling of just how epic the universe really is.

Perhaps, dear reader, you’re pushed for time and you need some “Interstellar” action before you finish this very article. No problem! We’ve got you covered with our final option.

Just load up the old-school screensaver from Windows 95 below – or perhaps it was even Windows 3.1? Either way, it’s ancient now, but still totally cosmic.

Air New Zealand has come up with a novel way of keeping eyes off in-flight magazines and firmly on seat-belt-buckling, life-jacket-donning and brace-position-assuming instructions
Brett Ackroyd

Take a balloon ride into space

Earth Day options: Get out, get engaged

Here are a few places to listen to Mother Earth's message this weekend.
Jerry Chandler