Call it PDA: Public Displays of Autumn. ‘Tis the season to flood your friends’ Instagram feeds with syrupy sweet shots of cinnamon-topped lattes, bird’s-eye views of boots in leaves and the quintessential summit snap of the only hike you took all year (#freshhairdontcare). And sure as your hay fever, peak season for New England foliage means peak season for coupley New England photos.

They’re everywhere. Sipping cider at an apple orchard in New Hampshire. Pumpkin carving in matching flannels, faces lit with the tell-tale glow of a Yankee Candle. Asking strangers to take a picture (“No, wait, not that one. Let’s try one where we turn around and hold hands.”) while they’re clearly trying to walk their dog without interacting with another human. It’s enough to make even Socality Barbie roll her baby blues.

Here’s our travel guide to a New England getaway with your significant other and the obnoxiously autumnal social media footprint to leave in your wake. Sure, there are easier ways to lose followers, but none with the aromatic aftertaste of pumpkin spice. 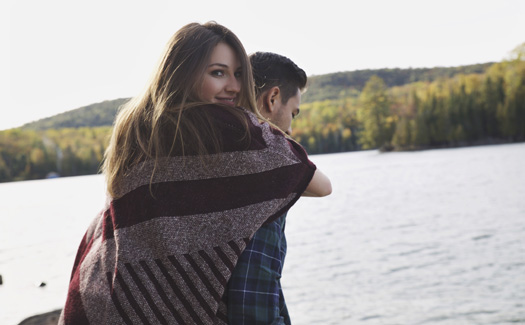 You’re in love. You’re cozy. You just bought a blanket cape. This unapologetically staged shot is the perfect way to rub a trifecta of clichés in your followers’ faces. Nothing says “peaceful, intimate getaway” quite like balancing your iPhone on a piece of wayward tree bark and sprinting to assume your pose before your self-timer app goes off. Bonus points for a watery backdrop in Acadia National Park. Even more if you get your hands on a canoe and a picnic blanket. 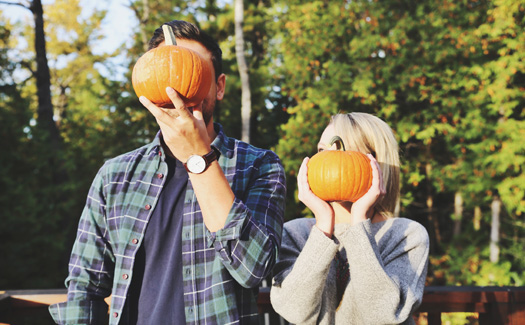 The only trend we thought would die faster than suspender tights is all-pumpkin-everything. (Admit it, you thought it was the Second-Worst Vegetable only to the turnip until Starbucks milked one and turned it into a spiced beverage, didn’t you?) But the Pumpkin Plague is real, and a trip to the patch is that relationship rite of passage that falls somewhere between Meeting The Parents and Buying a Vintage Map. Grab that dad trying to wrestle a gourd out of his toddler’s death grip — he definitely looks like he wants to take 43 candids of you hoisting your pumpkins into the pickup. 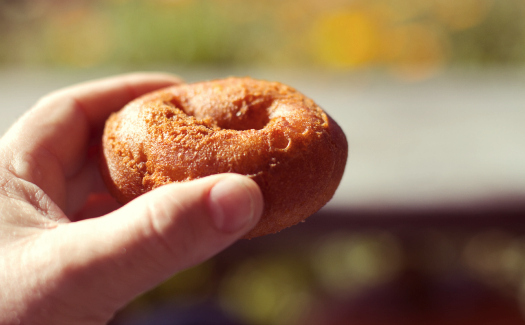 A trip to Portland, Maine without photographic evidence of an infamous Maine Potato Donut at The Holy Donut is like a trip to the moon without planting your flag. Add a little sugar to your saccharine food shot by force-feeding it to your significant other on camera. If that doesn’t give your poor double-tappers Type II diabetes, we don’t know what will.

Search for flights to Portland, ME

The Holed-Up-In-This-Quaint-Inn for the Weekend 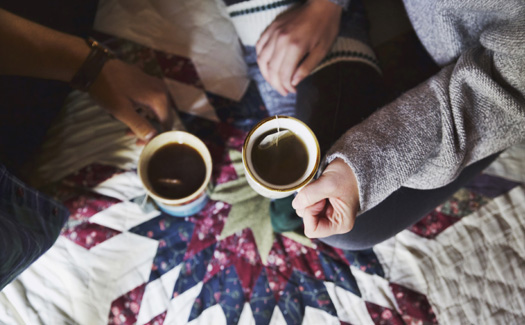 For those days when you just want to Netflix and Chill, but still need to ensure your 362 followers know you’re still having a time on vacation. Who is taking these from-above mug shots is a New England mystery to rival any of Stephen King’s local tomes. Both of you are in this picture. Neither have Go-Go-Gadget arms. Either one of you is a wizard with a selfie stick or you asked your neighbor to hover above you while you snuggle in bed cradling Chocolate Chais. This is the kind of thing you’ll find filed under Unexplained Millennial Phenomena in future history textbooks. 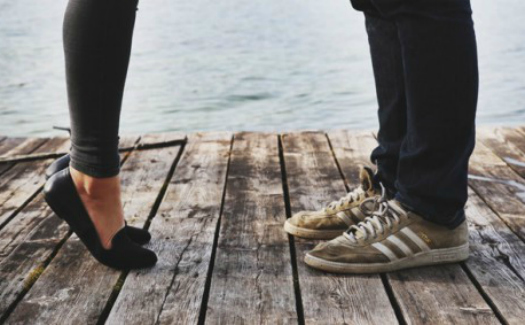 Best when paired with a “We’ve got news…[ring emoji]” caption redirecting your loyal following to another social medium. Everyone knows you’ve been orchestrating your fall engagement for a fall wedding since mid-January, so keep ‘em guessing with this ultra-cryptic teaser shot. (Is she the latest Adidas brand ambassador? Does that arch mean she’s getting back into ballet? WHAT COULD THIS ANNOUNCEMENT BE?!) 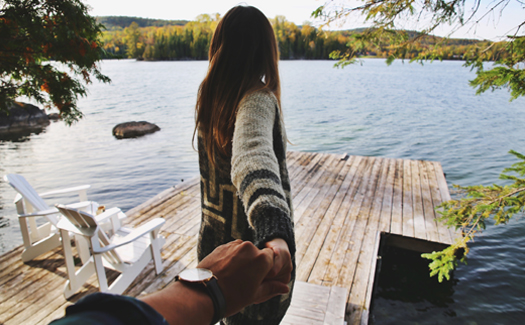 Last but never least-liked, drag your better half around by the arm while snapping away and trying to avoid wrist cankles. Best when paired with a chunky knit, on-trend watch and painfully touristy caption (“Adirondacks in the Adirondacks!”). Pro tip: Remember to double-check you straightened the back of your head.