With the countdown to Breaking Dawn Part 2 in full effect, the fourth season of the hit series “The Vampire Diaries” under way and Tim Burton’s recent reinvention of Dark Shadows, there’s no getting away from the pop culture vampire craze. In celebration of Halloween, we’ve listed the best destinations for vampire enthusiasts to visit around the world.

Paris, France
There’s a reason Paris is at the top of many travel lists, but there’s a dark underbelly that one might not associate with a city that boasts love, crepes and the Eiffel Tower. The influence vampires had on literature in Paris goes as far back as Charles Baudelaire and Alexander Dumas. Paris was also the set for many of the very first vampire films. For the vampire enthusiast nowadays, a trip to the Musee des Vampires is an absolute necessity. The museum hosts a dinner party every night where guests get a guided tour, play vampire-related games and have the chance to engage in conversation with like-minded vampire folk. Search and compare cheap flights to France. 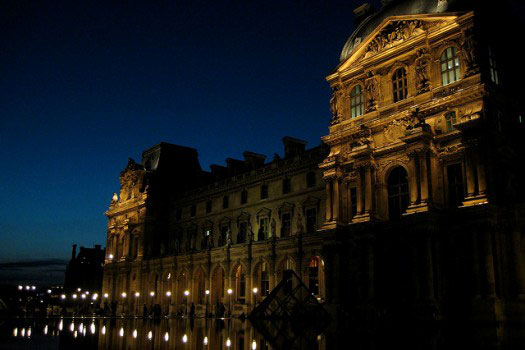 New Orleans, Louisiana, United States
Before Bella, Edward, Sookie, Bill and the rest of the gang, Anne Rice attracted the attention of vampire fans when she published her wildly successful novel, Interview with a Vampire. Situated in New Orleans, the cult classic tells the story of Louis de Pointe du Lac, a 200-year-old blood-sucking beast. While Hurricane Katrina has diluted much of the popularity surrounding these mythical beings in New Orleans, there is still plenty to do and see, including vampire shops, vampire balls, vampire tours and vampire film festivals. Need a pair of authentic fangs? Don’t worry, you’ll find those too. Search and compare cheap flights to New Orleans. 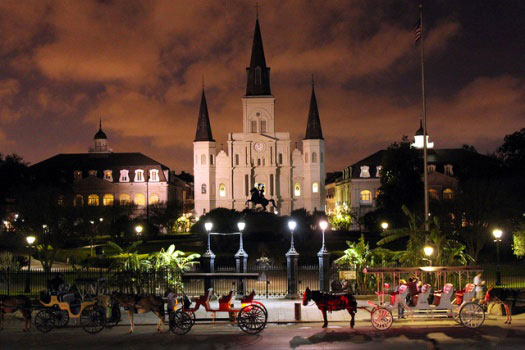 London, England, United Kingdom
While London is a world-class city and widely popular spot for any type of traveler, its ancient history is what makes it a great destination for the vampire lover. Make sure to take the original vampire tour that goes through Dracula’s house, the Highgate Cemetery (said to be haunted by a vampire), the Highgate Woods (where Satanists and witches hung out) and loads of other dark attractions. The tour finishes with a medieval-inspired dinner and show. Search and compare cheap flights to London. 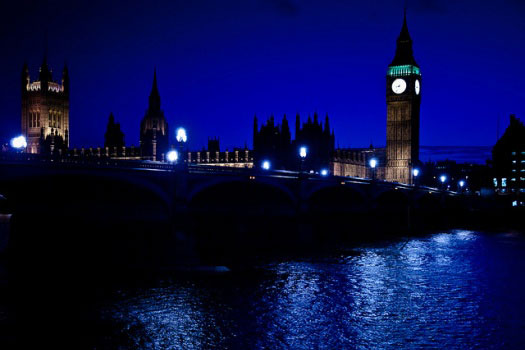 Sofia, Bulgaria
Recent discoveries of 700-year-old vampire skeletons have put Bulgaria on the map as a vampire destination. Over the last few decades, more than 100 corpses have been found with iron rods sticking into their chests. It’s believed that Bulgarians once did this to prevent the dead from becoming vampires. Head over to the National Museum of History in Sofia to check out these mysterious skeletons and 650,000 other exhibits. Search and compare cheap flights to Bulgaria.

Transylvania, Romania
While Transylvania might be an obvious destination for vampire lovers, there’s good reason for that. Transylvania is teeming with vampire history thanks to Bram Stoker’s Dracula. Visitors can see castles and sights connected to Dracula, including the infamous Bran Castle and the ancient Poenari Fortress. Vampire enthusiasts will love the medieval city of Sighisoara which hosts loads of Dracula-themed tours and is considered the birthplace of the villainous blood-sucker. Search and compare cheap flights to Romania. 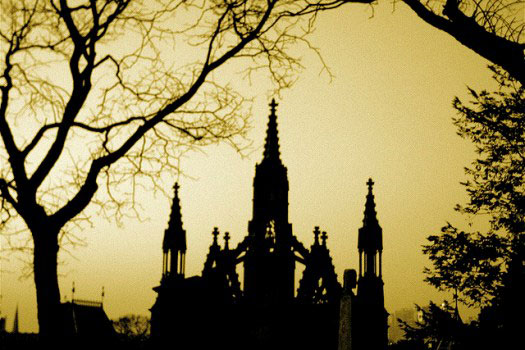 Prague, Czech Republic
Ancient stories of vampire attacks in and around Prague have plagued the city for centuries, and the stories continue today. Just outside of the city, in the neighboring town of Celakovice, a Czech archaeologist discovered the largest vampire graveyard in history, with 14 adult corpses buried having taken “anti-vampire” precautions. Those looking to dive into the vampire folklore must check out the graveyards of Prague, many of which are filled with stories of vampires, and take a ghost walking tour. Search and compare cheap flights to the Czech Republic. 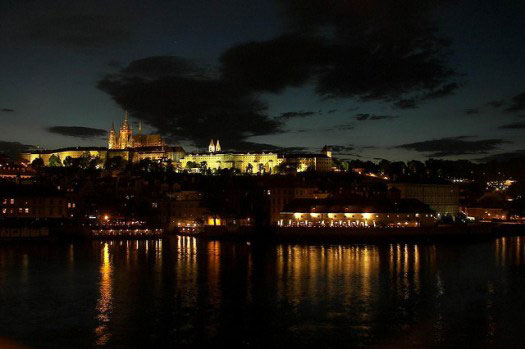 Forks, Washington, United States
If you’re a fan of the fanged creatures, you know why Forks, Washington makes the list. A small, damp town in Washington State’s Olympic Peninsula, Forks blew up as a tourist destination after the publication of Stephenie Meyer’s Twilight Saga. Visitors looking to experience the life of Bella and Edward flock to La Push beach and eat mushroom ravioli at Bella Italia. The Forks Tourism Board has loads of information on Twilight hot spots around town, but you can also grab a guided tour. Search and compare cheap flights to Washington State. 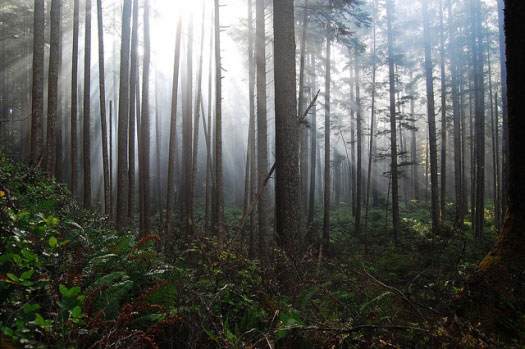 Whitby, United Kingdom
The Yorkshire Coast town of Whitby is one of the settings in Bram Stoker’s Dracula, something the residents of Whitby have embraced. Whitby has become a popular spot for visitors looking to get in touch with their dark side, especially during the bi-annual Whitby Gothic Weekend. The Dracula Experience, a distinctive show that takes viewers through the Dracula story and its connection to Whitby, is a must-see for vampire lovers. Plus, the Bram Stoker International Film Festival in Whitby puts on a Vampire Ball that is to die for – figuratively speaking, of course. Search and compare cheap flights to the United Kingdom. 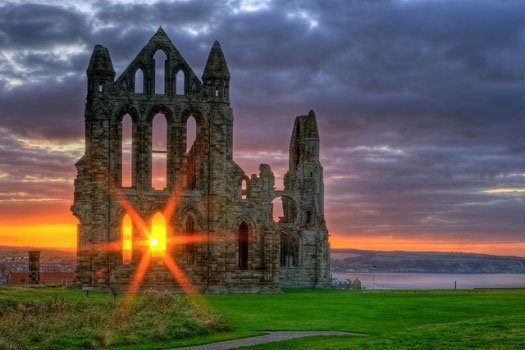 Cachtice, Slovakia
Cachtice Castle, home to the Countess Elizabeth Bathory during the 13th century, still stands today in the quiet countryside of Cachtice. Bathory, also known as The Blood Countess or Countess Dracula, is one of the most infamous female serial killers in history, having murdered and tortured hundreds of her servants. The best part is she bathed in the blood of her virginal victims in an attempt to maintain her youth and beauty. The castle has been in decay since the 17th century, but visitors are still aware of the eerie atmosphere. Search and compare cheap flights to Slovakia. 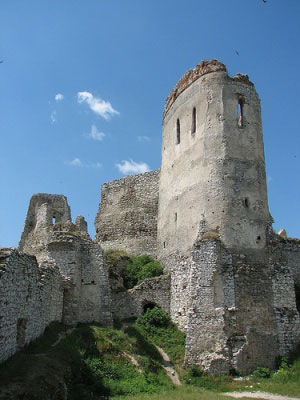 Los Angeles, California, United States
Los Angeles might not come to the top of your head as a vampire destination, but we guarantee you won’t run out of vampire-related things to do in the City of Angels. Thousands travel to Los Angeles every year to attend Vampire Balls, the Vampire Film Festival, the Dark Shadows Festival and loads of other events geared toward vampire fans. And for those who loved Buffy the Vampire Slayer, check out filming locations around Los Angeles, like Buffy’s house, her high school and the Angelus-Rosedale Cemetery. Search and compare cheap flights to Los Angeles. 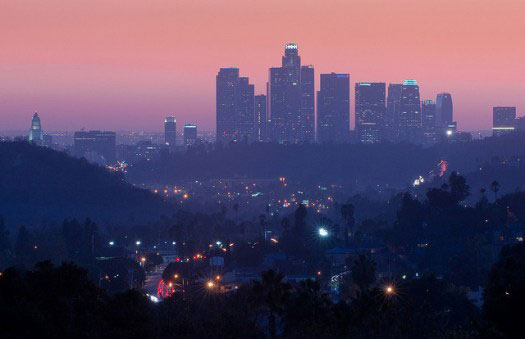 Are you brave enough? It’s Halloween at Universal Hollywood!

Top 10 cities that spook: Creepy tours around the world

October festivals that can’t be missed