When you think of train stations, you most likely think of a way to get from point A to point B, and of course, you would be correct. However, there’s more to some railway stations than mere transportation. Many train stations are works of art in and of themselves, featuring breath-taking architecture and designs features that make them really stand out. Here are our choices for the top 10 eye-catching train stations from around the world. 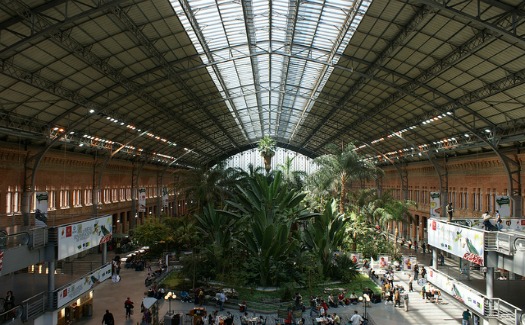 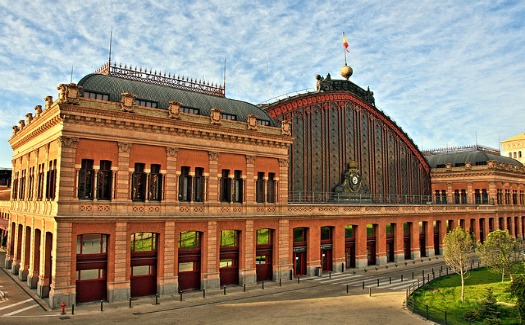 Madrid’s largest train station is also home to a beautiful tropical garden, which makes waiting for your train much less of a chore. The station’s concourse is lined with enough lush greenery to make you feel like you’ve stumbled upon a mini rainforest rather than a railway station. 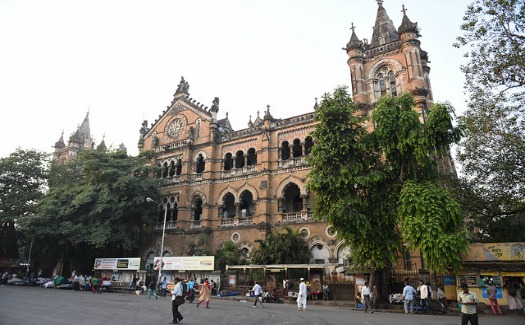 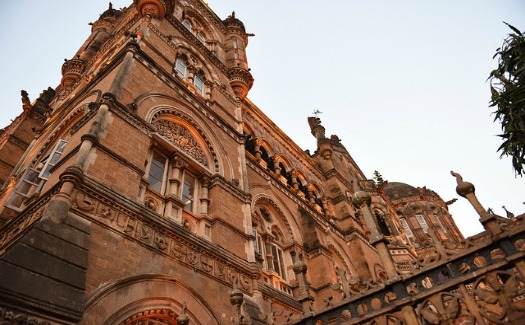 The Chhatrapati Shivaji Terminus not only sees 3 million passengers every day, it’s also a UNESCO World Heritage Site. Formerly known as Victoria Terminus Station, Chhatrapati Shivaji Terminus was designed by the British architect F.W. Stevens and took more than 10 years to build. The real beauty of the building is in its melding of cultures – British architects worked with Indian craftsmen to include Indian architectural traditions in the design. 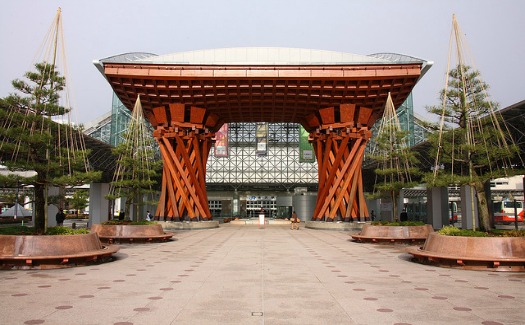 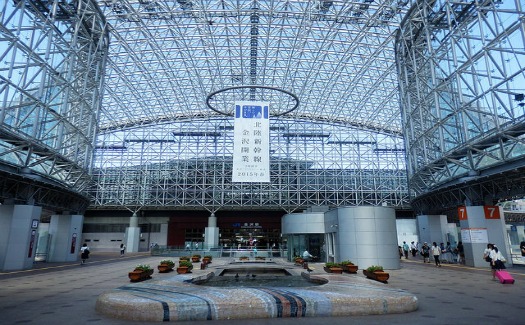 This railway station in Kanazawa received a major facelift in 2005 when the entrance was transformed into a feat of ultra-modern architecture. The station’s entrance features a giant glass dome called “Motenashi (Welcome) Dome,” which looks like a huge ethereal umbrella. In addition to the dome there’s also a wooden gate designed to symbolize a traditional Japanese instrument called tsuzumi (hand drums). There was some controversy surrounding the modern upgrade, but locals and tourists have since embraced the change. 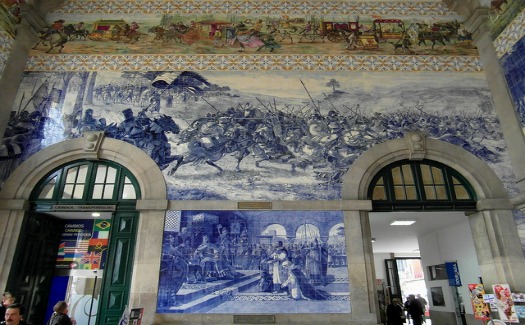 The train station in Porto is a stand out thanks to amazing tile work. The walls are covered with upwards of 20,000 azulejo tin-glazed ceramic tiles that create a breathtaking floor-to-ceiling display. The tile work was done by artist Jorge Colaço and took 11 years, from 1905 to 1916, to complete. The tile depicts scenes of everyday life in Porto as well as its history. 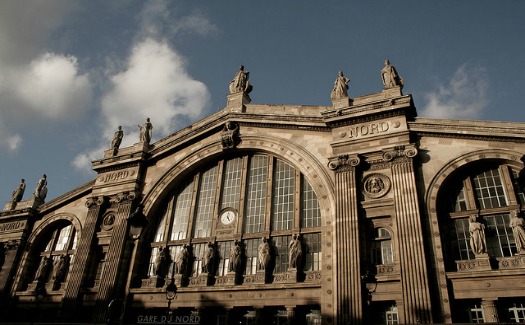 Europe’s busiest railway station is also one of the most beautiful. The centrally located station done in neoclassical style serves around 180 million passengers every year. The station’s façade, adorned with 23 statues, captures your attention immediately. The statues represent the destinations originally served by the station when it first opened. Nine larger statues represent eight international destinations with one also representing Paris, while 14 smaller statues represent the 14 French cities and towns the station originally serviced. The interior is just as beautiful as the exterior with the amazing amount of natural light shining through thanks to soaring windows. 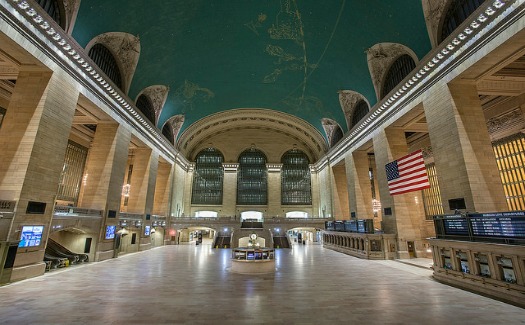 You can’t have a list of the world’s most beautiful train stations without mention of Grand Central in New York. The iconic landmark is something to behold and a tourist attraction in and of itself thanks to countless design features that catch your eye no matter where you look. Bronze and stone carvings, marble floors, a beautifully painted blue and gold domed ceiling and ornately sculpted façade are just some of the architectural fine points that makes this terminal so remarkable. 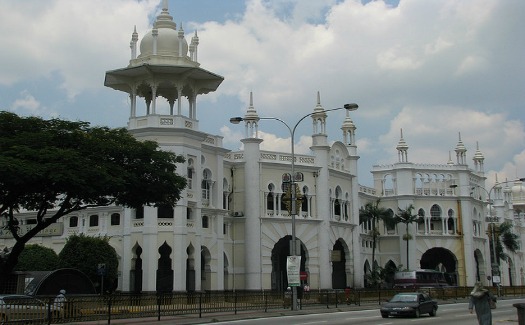 Kuala Lumpur Railway station is hard to take your eyes off of once you catch sight of the white and cream building, which opened in 1910. The almost castle-like design is Moorish with dome-capped pavilions along the roof line and minarets drawing the eye upwards. Before the Petronas Twin Towers were built, this railway station was known as one of the most famous symbols of the city. 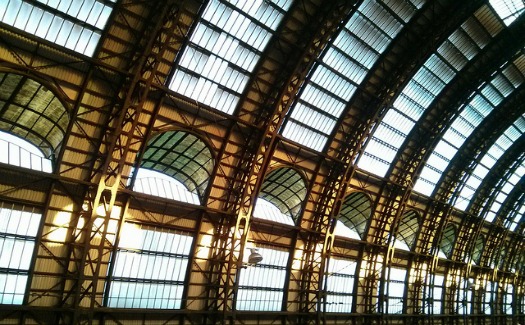 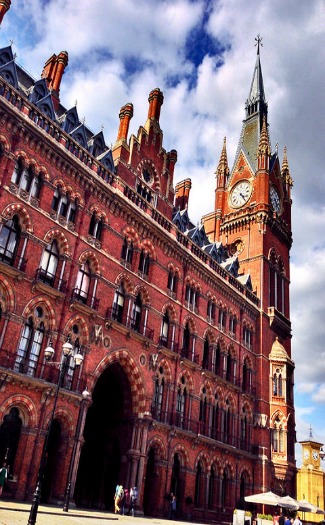 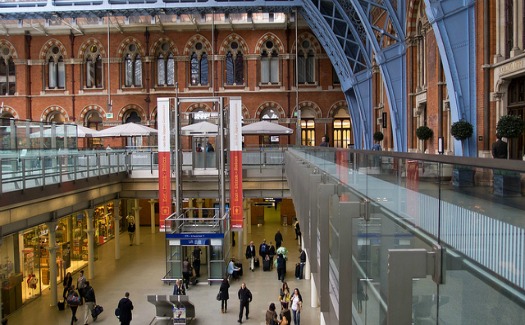 St. Pancras Station was opened in 1868 and is a beautiful example of Victorian Gothic architecture. The station, with its instantly recognizable red brick Gothic façade, took 20 years to build and the result was something that immediately became a London landmark. St. Pancras recently underwent a large scale restoration and looks as good as new. The station is home to many shops, restaurants and bars, which make it easy to linger.

This opulent train station in Antwerp contains more than 20 types of marble and stone. Completed in 1905, the station features several architectural styles in its design giving it a look all its own. More than 50,000 travelers pass through Antwerp Central every day and get a chance to take in its beauty, which includes light streaming in through arched windows and skylights and a vaulted iron and glass roof.