Who says a trip to the beach has to involve, well, lying on the beach? If the thought of staking out a spot on the sand and staying there for hours on end makes you crazy, there’s no reason to forgo beach time altogether. There are many beaches that offer more than the chance to work on your tan (wearing sunscreen, of course). We’ve taken on the enviable task of rounding up some of the best beaches around the world for people who just aren’t beach bums.

Best for: SUP and surfing 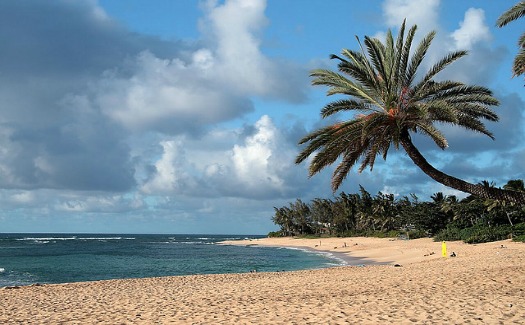 Brock Roseberry, Palm on Sunset Beach via Flickr CC BY 2.0 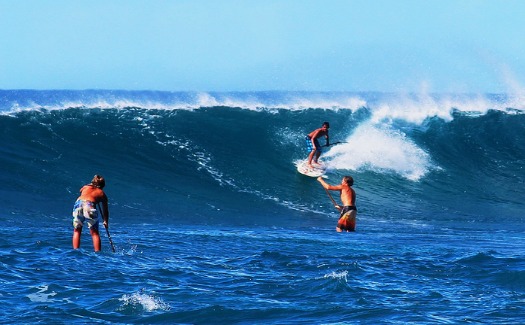 Peggy2012CREATIVELENZ, Stand up paddle surfing at Sunset Beach via Flickr CC BY 2.0

Sunset Beach is a good one for those of us who would rather skip the beach altogether than spend time lying on one. If you’re not averse to being on the water (versus just close to it), this beach on Oahu‘s North Shore offers good opportunities for SUP (stand-up paddle boarding) as well as surfing. In the winter the beach attracts surfers, but during the summer the calmer waters are perfect for paddleboarding. In fact, on particularly calm days you can paddle all the way to Waimea Bay from Sunset Beach, which is a nearly four-mile ride.

Best for: Culture and history buffs 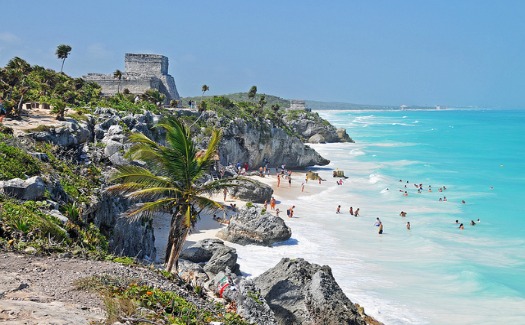 Even if you aren’t a huge beach fan, it’s tough not to appreciate the postcard-perfect combo of white sand and turquoise water set against cliffs that you get at El Castillo in Tulum. But fear not – there’s much more to do here than sit on the sand. This beach is directly below the Mayan ruins of Tulum, meaning you can combine some cultural exploration with a bit of beach hopping. El Castillo is the largest structure among the Mayan site and can be seen directly from the beach.

Best for: Long walks on the beach 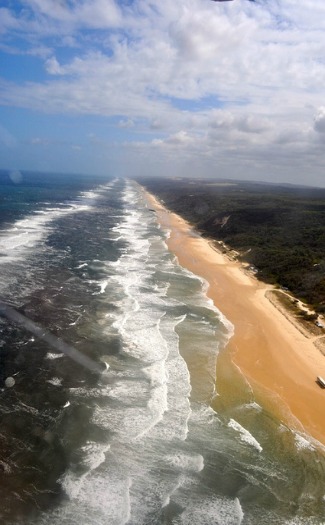 Madeleine Deaton, 90 mile beach from the air via Flickr CC BY 2.0

It might be a cliché but “long walks on the beach” are actually pretty great. And while some people like to sit in the sand, others would prefer to keep moving. If you fall into the latter camp you will love 90 Mile Beach – named because it’s actually 90 miles long, making it one of the longest beaches in the world. Once you’ve walked as much as you can walk the beach is also ideal for swimming, beach fishing and watersports. 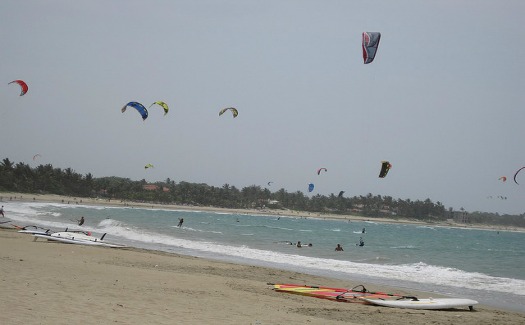 Cabarete is a small village in the northern part of the Dominican Republic that’s within walking distance to Kite Beach, an aptly named mecca for kiteboarders. So if your speed of beach-going leans more toward, well, speed then this is the beach for you. Kite Beach gets constant trade winds and warm waters, which is why it’s so popular among kiteboarders. If you’re interested in trying the sport there are several places where you can book a lesson like GoKite Cabarete Kiteboarding School. They also rent equipment.

Best for: Surfing and turtle spotting 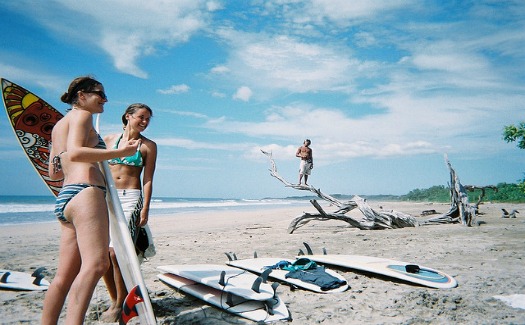 If surfing or learning to surf is your ideal day at the beach, Playa Grande in the Guanacaste region of Costa Rica is a good spot to check out. Known as one of the best surfing spots in Costa Rica, the area attracts surfers from around the world. The breaks at Playa Grande are moderate and constant meaning it’s a suitable surf spot for both experienced and new surfers. Bonus: If you’re in the area between October and May you might be lucky enough to spot a female leatherback turtle coming ashore to lay eggs. 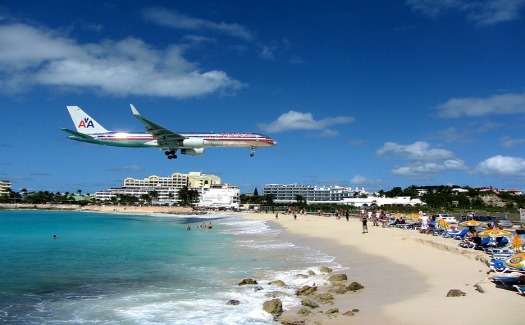 If you like watching planes coming in for a landing, then Maho Beach was made for you. The popular stretch of sand in St. Martin is located at the western end of the runway of Princess Juliana International Airport and it’s known around the world for the ultra-close encounters with planes you can have there. How close? Close enough to reach out and touch a wheel. 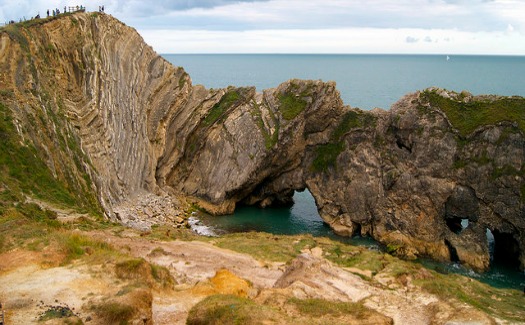 Looking like something out of a space movie rather than any conventional beach, Jurassic Coast is pretty amazing in that the 95-mile stretch displays 185-million years of the earth’s history. This means the beach is home to tons of fossils. So if you’re interested in what was happening on the earth millions and millions of years ago, the Jurassic Coast, England’s first natural World Heritage Site, is a must. The beach at Charmouth is known as one of the best spots to look for fossils.

Best for: Wildlife viewing and snorkelling 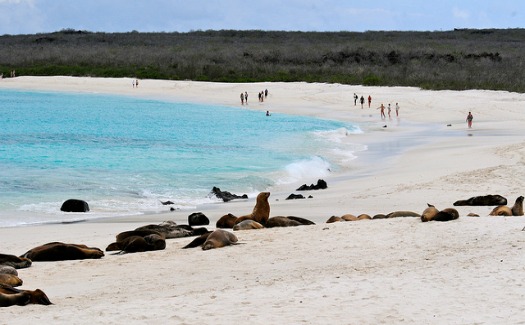 Espanola Island is part of the Galapagos Islands and Bahia Gardner, or Gardner Bay, is one of the ultimate spots for wildlife viewing. The white sand beach is home to herds of sea lions who enjoy basking in the sun and napping on the sand, as well as many different bird species, including the fearless Espanola Mockingbird. (Watch out as one might just land on your head looking for food.) Gardner Bay is also a good snorkeling spot thanks to calm, clear water. If you’re snorkeling between January and March you might spot a green sea turtle. 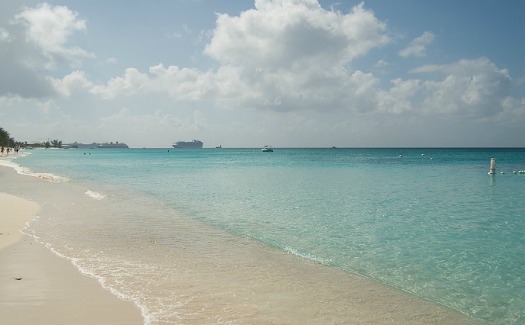 Grand Cayman’s Seven Mile Beach is actually six and half miles. This white sand beach at the western end of Grand Cayman is constantly ranked as one of the best beaches in the Caribbean. But that doesn’t mean you need to get stuck sitting in the sand. Seven Mile Beach is known as a great beach for snorkelling right off the beach – no need to pay for a day trip, just don a mask and fins and wade right in. The best snorkeling can be found at either end of the beach.

Best for: Kayaking, surfing and nature-lovers 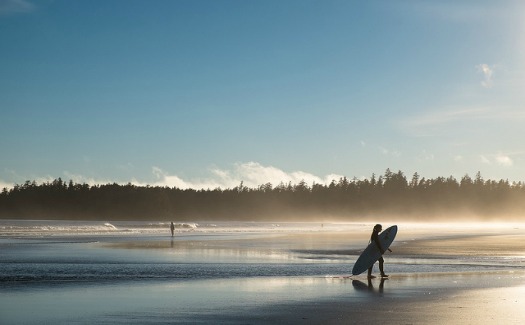 Kenny Louie, Calling it a day via Flickr CC BY 2.0

Long Beach, as the name would suggest, is long. This stretch of sand located in Pacific Rim National Park Reserve between Tofino and Ucluelet, clocks in at a little more than four miles. That’s a lot of scenic real estate for the beachgoer looking for an active day. Options include surfing (or learning how to surf), kayaking and jogging. And since it’s in a national park, nature-lovers will be happy, too.