Gone are the days when your only option for grabbing a bite at the airport was greasy fast food. With many airlines limiting their in-flight snack and meal options, more airports around the world have been prompted to up their game. Offering everything from five-course dinners to regional delicacies, these 10 eateries bring the best of the local food (and, in some cases, drink) scene right to the airport. With so many diverse options, you will want to pack your appetite along with your luggage the next time you fly. 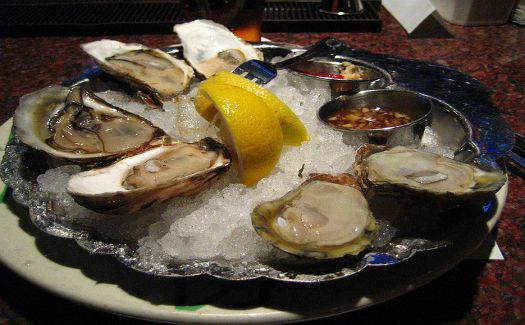 You can’t visit New England without tasting the region’s delectable seafood. Luckily, with an upscale Legal Sea Foods restaurant located right in Terminal C of Boston‘s Logan International Airport, you can get all of your Omega-3’s without even leaving the building. The famed dining hot spot offers travelers a sleek atmosphere, award-winning clam chowder and even a live crustacean to save for later. If you want to take a souvenir back to your hometown, Legal Sea Foods gives you the option to buy live lobsters packaged for travel, making a tasty token for any seafood-loving friends. 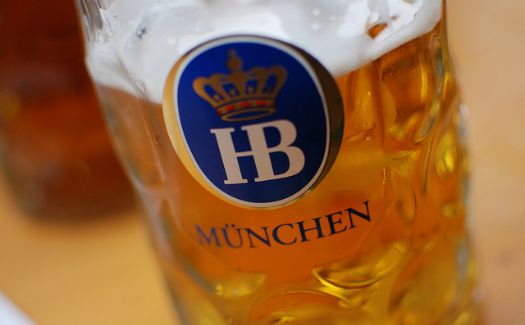 If you just can’t seem to get enough brews during your trip to Germany, have no fear! Situated in Terminal 1 in the Munich Airport, Airbräu Brauhaus is Europe’s only airport restaurant to feature an onsite brewery. The brewery prides itself on using only hops from the renowned Hallertau region and the finest Hofbräuhaus brewer’s yeasts. Plus, layovers won’t seem too bad when you get to sit back and relax in an outdoor beer garden that also serves up local grub such as Bavarian sausage and warm pretzels. 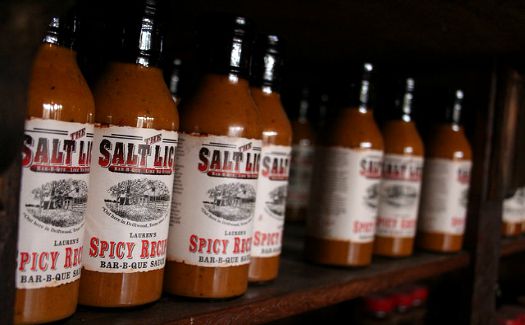 If a bagel and coffee are not enough to fill you up for your early morning flight, why not get creative with your breakfast? At Austin-Bergstrom International Airport, you can fuel your morning with a breakfast taco made with eggs and Southern-inspired toppings like brisket and BBQ sauce. Plus, you can also buy a selection of The Salt Lick’s sauces and spices to take along with you in your carry-on as a souvenir from your Texas getaway. 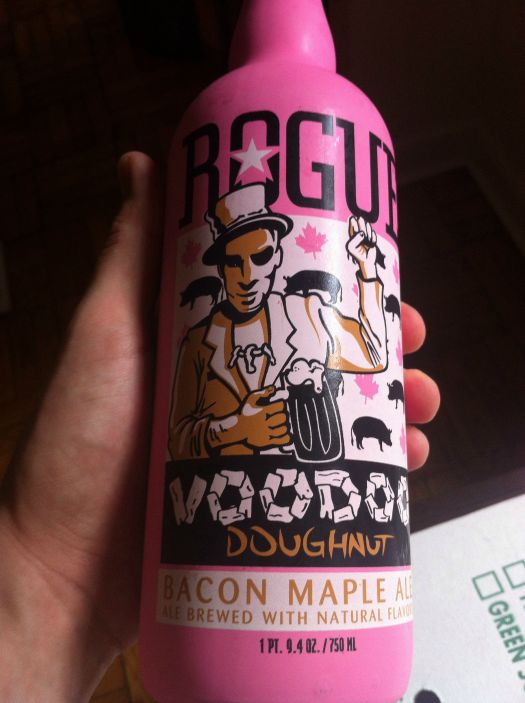 When in Portland, you may want to skip the Bud Light in favor of an authentic local brew. Rogue Ales & Spirits combines two of Oregon’s well known treats: Voodoo Doughnuts and craft beer. Choose from innovative selections that will satisfy both your sweet and salty cravings like “Voodoo Doughnut Bacon Maple Ale” and “Voodoo Doughnut Pretzel, Raspberry & Chocolate Ale.” Bottoms up! 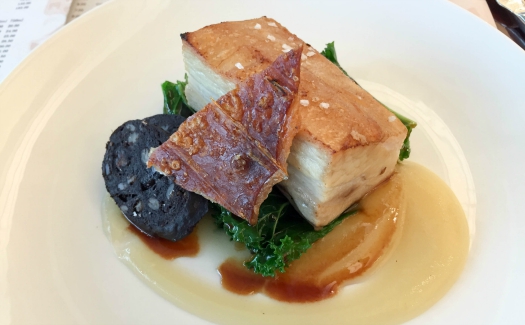 Owned by celebrity chef Gordon Ramsay, this trendy London bistro serves up dishes that are anything but plain. Diners can feast on traditional English flair, including dry-aged British beef served with garlic butter or peppercorn sauce and top off their meal with after-dinner tea and scones. But even if you don’t have time for a sit-down dinner before your flight, you can still taste the restaurant’s gourmet menu. Plane Food allows hungry travelers to take an onboard picnic with them, packed in an insulated bag that can easily fit underneath the seat in front of you when finished. That sure beats a bag of peanuts! 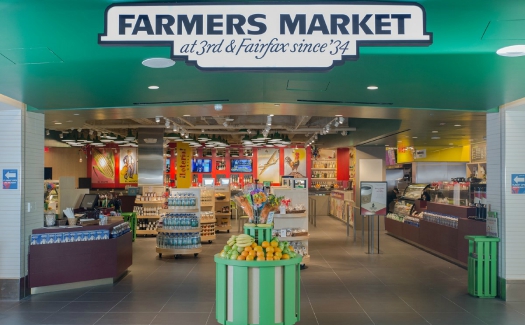 If you’re on the go in LAX and looking for a healthy snack, stop by the Farmers Market at Terminal 5. Based on the iconic market between the corner of Third and Fairfax in Los Angeles, this airport eatery boasts a selection of fresh veggies in addition to locally made wine, coffee and sweets from the Original Farmers Market’s vendors. Established in 1934, the Original Market has garnered a slew of famous fans including Marilyn Monroe and Frank Sinatra. Treat your friends (and yourself) like a true A-lister by bringing home gourmet snacks in your carry-on. 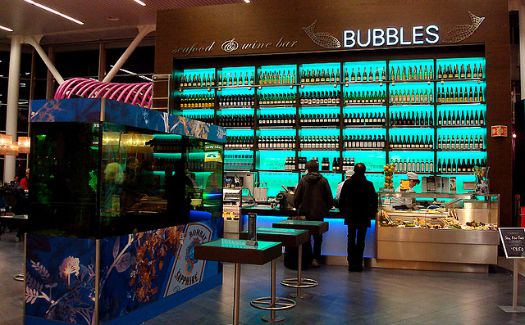 In the mood to eat like a true first-class flyer? Then pop over to Bubbles Seafood & Wine Bar when in Amsterdam. The upscale bar offers diners a selection of more than a dozen champagnes, a classy dining area surrounded by a saltwater aquarium, a luxe raw bar and even a casino. Dine on traditional flair like raw Dutch herring served with bread and onions or calm your pre-flight jitters with a glass of bubbly (pinky up, of course!). 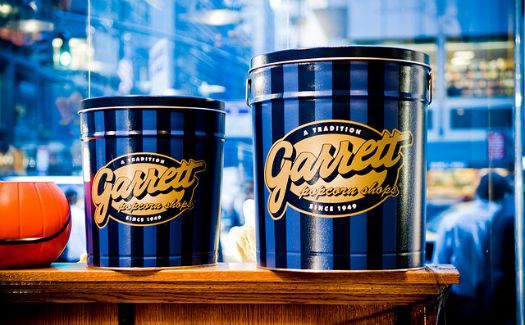 In need of a last-minute souvenir from your trip to Chicago? Stop by the Windy City’s famous popcorn shop (an Oprah favorite!). The Chi Town staple offers a selection of gourmet varieties including CaramelCrisp®, CheeseCorn, Garrett Mix® and more. If you’re having trouble deciding on a flavor, ask for a sampling of their best sellers. Buy some kernels for your friends back home and make sure to get some to snack on during your flight. 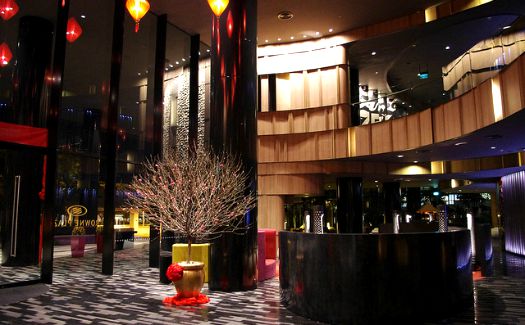 If you ever find yourself in Singapore, be sure to leave time before your flight to dine on traditional Cantonese and Shanghai cuisine. Braised shark fin with bamboo pith and seafood is just one of the many delicacies you’ll find at Imperial Treasure, located at the Crowne Plaza Hotel, which connects to Terminal 3. The restaurant also offers a specialized vegetarian menu including deep-fried eggplant and stir fry. 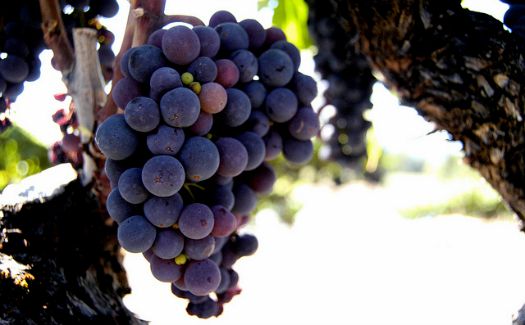 Still craving a glass of red (or white) after your trip to California? Be sure to stop at California Vintages, a sleek wine bar at Palm Springs International Airport. The hot spot offers a selection of wines, the majority of which are made from California grapes. Plus, you can also soak up some rays of Cali sunshine before your departure by grabbing a seat in the restaurant’s outdoor courtyard. It’ll be so relaxing you may never want to leave!

Planning an African getaway? We’ve put together this helpful list of airports in Seychelles to get you started. Our Seychelles airport...
Ryan Clare

Planning an Asian getaway? We’ve put together this helpful list of airports in Kuwait to get you started. Our Kuwait...
Amanda Festa

Planning an African getaway? We’ve put together this helpful list of airports in Ghana to get you started. Our Ghana airport...
Amanda Festa