Culturally diverse Miami is home to more than 150 ethnicities and 60 languages that have influenced local cuisine in the “Gateway to Latin America.”

From South Beach to Little Havana, there are plenty of local eats to try in Miami’s 13 neighborhoods. While some of the foods on our must-try list might seem ubiquitous, we’ve chosen the dishes and drinks that native Miamians love the most. From Cuban food to southern comfort food, these are the 10 must-try Miami eats from the Magic City’s perennially popular places. 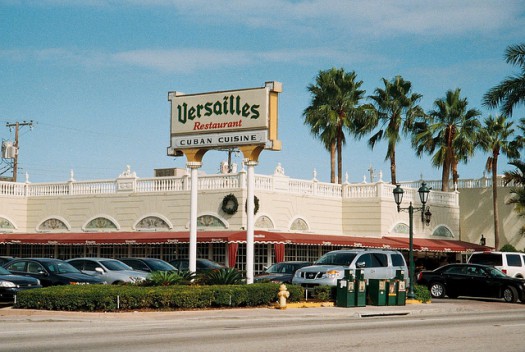 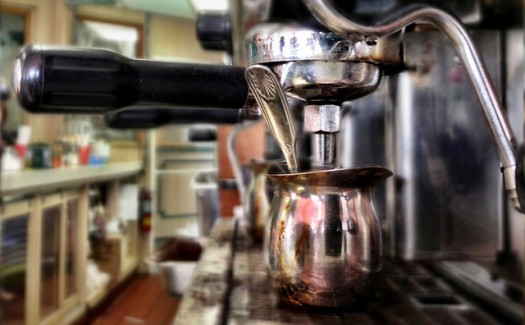 Get a Cuban coffee to go (Image: Ines Hegedus-Garcia / Used under a Creative Commons Attribution License)

Get in line at La Ventanita, the takeout window, and rub elbows with Miami’s Cuban community. Opened in 1971, Versailles, which dubs itself “The world’s most famous Cuban restaurant,” is a hub for the Cuban-American community in Miami. Don’t be surprised to see politicians (former President Bill Clinton once dropped by) drumming up support over ultra strong Cuban coffee and Cuban sandwiches. The Cuban sandwich, ham, roast pork, gooey Swiss cheese, mustard and pickles sandwiched between warm, crunchy Cuban bread, is a must-try.

For 24 years, husband and wife Sylvano and Maida Bignon have welcomed locals and tourists alike to dine at GreenStreet Cafe, a charming sidewalk café whose tables are packed daily from early morning to late night. It’s a meeting spot for all – locals, politicians, journalists, artists and tourists that serves impeccable brunch like Nutella-filled French toast and blueberry granola pancakes with a side of people watching.

For decades and long before the food truck craze, A.C.’s Icee’s has been serving legendary neon yellow frozen lemonades at Kennedy Park. There are lots of flavors to choose from, including strawberry lemonade, cherry lemonade and traditional lemonade. If you’re hungry, the truck also serves Sabrett hotdogs. 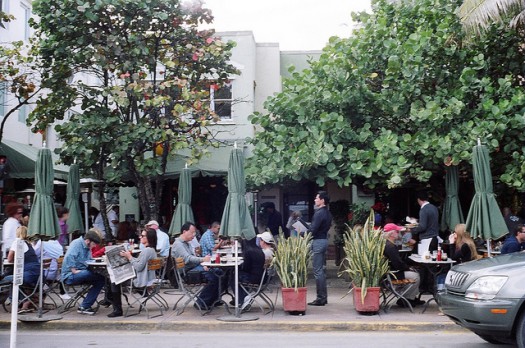 It doesn’t really matter what you order at News Café – the point is to see and be seen here (after all, you are perched at a sidewalk table on Ocean Drive). What started as a news kiosk in the Art Deco District has turned into one of South Beach’s most popular sidewalk cafes. Since 1981, the News Cafe has been frequented by celebrities (the late designer Gianni Versace was a regular), locals and tourists alike. Open 24/7, News Café serves everything from breakfast standards to salads, sandwiches, burgers and paninis to pizza, pasta, soups and desserts.

For some southern comfort, head to Yardbird. The “house of worship to farm-fresh ingredients” serves a hearty menu of comfort foods like Lewellyn’s Fine Fried Chicken (a half free-range bird prepared with a “27 hour recipe”) and shrimp n’ grits with Florida shrimp, crisp Virginia ham and Adluh South Carolina stone ground grits. While Yardbird is a great choice any night of the week, what could be finer than fried chicken for Sunday supper? 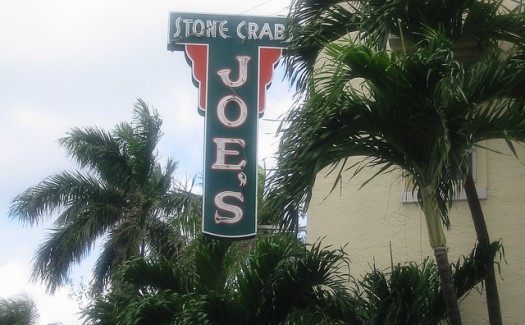 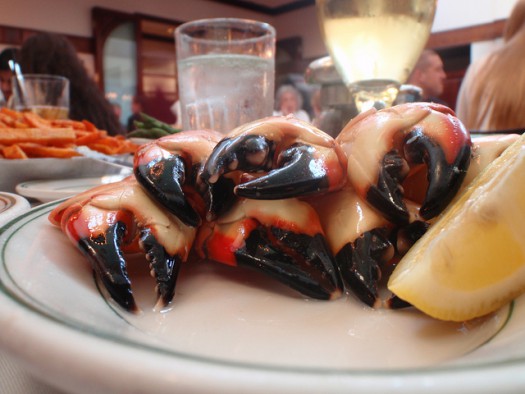 Joe’s is an institution. For 102 years, Joe’s Stone Crab has been serving seafood on Miami Beach to the likes of Al Capone, Amelia Earhart and locals. The specialty is stone crabs served with potatoes and coleslaw. (Stone crab season runs Oct. 15 to May 15.) No trip to Florida is complete without trying the key lime pie; Joe’s original homemade key lime pie is one of the best slices around.

Bookworms flock to the Café at Books & Books, an independent bookseller located in a 1920s Mediterranean building, for fine reads and good eats. Chef Allen Susser, one of Miami’s most famous chefs who is credited with creating “New World cuisine” at his now-shuttered Chef Allen’s Restaurant, consulted on the café menu. Sip cappuccino, munch on fresh salads and sip craft beers and fine wines in the courtyard, which is surrounded by a carefully curated collection of books.

Former ballet dancer and Wall Streeter Robert Siegmann’s Icebox Café has a loyal following that come to Icebox Café for fabulous contemporary food, but the dessert is the main event. Take a peek at the desserts in the icebox and you’ll find large layer cakes with generous slabs of frosting, whimsical ice cream cakes and other baked goodies. Oprah Winfrey’s favorite cake is Chocolate Delight, a chocolate creation with layers of dark chocolate, creamy cheesecake brownie and chocolate mousse filling topped with dark chocolate ganache. For those who can’t make up their minds, go with the Icebox Sampler which includes three or five half portions of sweet delights. 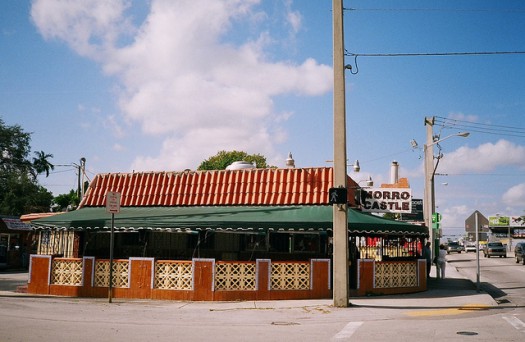 The no-frills Morro Castle is the place to go when craving authentic Cuban food. From the pan con bistec (steak sandwich) to the frita (a Cuban hamburger with a spicy hamburger patty piled high with shoestring potatoes), diners can’t go wrong. Bonus: the prices are low and the portions are big. Save room for the churros (fried sticks of dough) and thick hot chocolate.

Located in the artsy Design District neighborhood, Michael’s Genuine Food and Drink is a contemporary bistro with a creative and eclectic menu that changes daily. Chef Michael Schwartz helps the kitchen here where farm-t0-table practices are the hallmark of the slow food restaurant with a large local following. 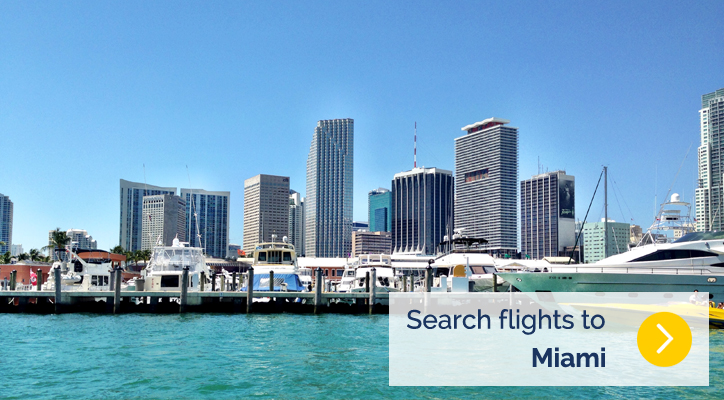 Whether you're looking for fine dining or a local vibe, Miami has something for everyone. Here are our picks for the top Miami restaurants of the moment.
March 14, 2013‐Brett Ackroyd

Heading to Miami, Florida? Our Miami airport guide includes all the information you need to know before you go. Just...
April 4, 2015‐Ryan Clare

Cheap and free things to do in Miami

While Miami is known for it luxe hotels and nightclubs, this beachside city offers plenty for those traveling on a shoestring budget. Live it up in Miami without breaking the bank with this list of free things to do.
September 27, 2016‐Nicole Rashotte