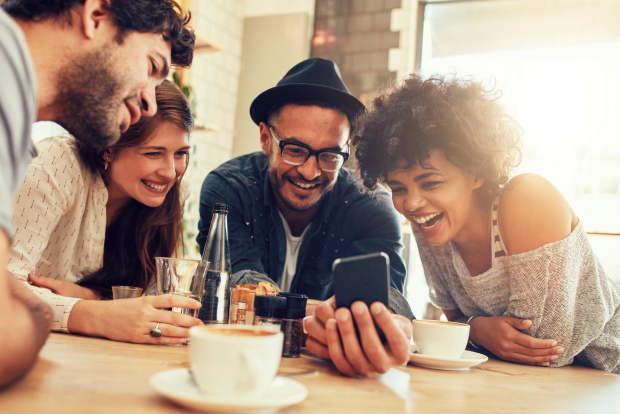 Anyone taking a trip to Las Vegas can expect to discover how it earned the nicknamed “Sin City.” Booze just seems to flow freely and there are opportunities to toss back a cocktail at nearly every turn. While this can be fun, it can also be really easy to overdo it. Like, the kind of overdoing it that has you wake up wondering why you thought it was a good idea to start doing tequila shots at 3 a.m. But you did and now you’re here, wondering how you’re going to make it through the day with what has to be the most epic hangover you’ve every experienced. Welcome to Vegas, where you come for the shows and the bright lights, but you stay because you can’t move too far until your hangover is gone. Don’t hide in your hotel room wishing you felt better and getting down on yourself for wasting a vacation day. You can do Vegas on a hangover with our help. Here’s how. 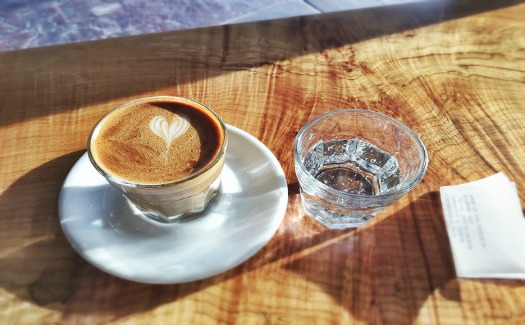 It can be tough to function without caffeine on a regular day (i.e. one where you didn’t wake up feeling like a tiny man with a jackhammer has taken up residence in your skull and brought his pet elephant along with him). But since you’re hungover, getting caffeine into your system is non-negotiable. One of the best places to do it is at Sambalatte at the Monte Carlo, where they not only serve up steaming cups of high-quality coffee, they even roast their own beans in-house. Not to mention, the atmosphere here is pretty low-key, making it a good spot to nab some peace and quiet while you get some much-needed coffee into your system. 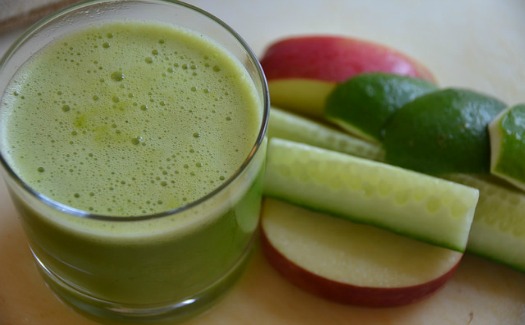 After coffee, you might be tempted to dive right into a greasy plate of eggs or some other potentially hangover-helping calorie bomb, but your energy level may benefit more from something healthy and vitamin-packed. Juice Standard is a local favorite for cold-pressed juice and superfood smoothies that will give you a healthy boost. Even if you don’t feel instantly better, after a few sips you will at least be glad you’re doing something good for your body. Try the Green & Good, which contains hydrating coconut water, along with kale, banana, agave, avocado and spirulina. 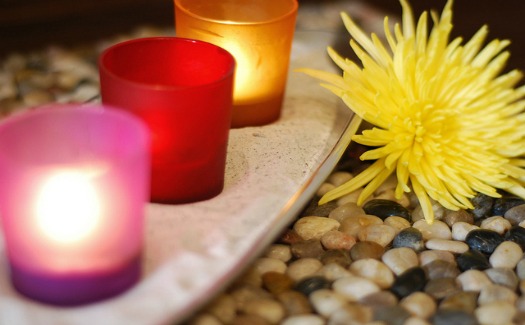 Rid your mind of any regrets about questionable decisions made the night before (namaste out of my guilty conscience, vague recollections of dancing on the bar) with a trip to Spa Aquae at the JW Marriott Las Vegas Resort and Spa. You don’t have to be a hotel guest to take advantage of the spa’s potentially hangover-helping perks. A day pass will set you back a reasonable $35 and with it, you and your pounding headache will get access to the spa’s ritual rooms, which include a warm float pool, steam room, sauna, hot and cold plunge and cascading waterfall showers. Your day pass also gets you use of the spa’s fitness center should you be one of those people who likes to sweat out a hangover.

Get a booster shot 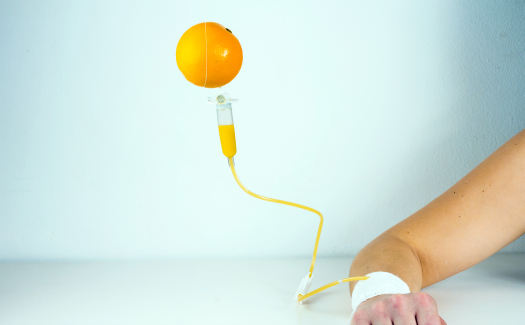 If hydrating the old fashioned way just isn’t cutting it hangover-wise, or your unsettled stomach is being nauseously uncooperative, try a different approach. There are several clinics in Vegas that offer hydrating IV treatments and booster shots that claim to minimize a hangover and boost energy. Reviv (with locations all over the world) bills itself as an IV drip spa and it can be conveniently found right on The Strip at the MGM Grand. Their Ultraviv treatment is purported to restore hydration, decrease inflammation, boost energy and get rid of nausea. Treatments aren’t cheap, but depending on how bad your hangover is, you might be willing to splurge. 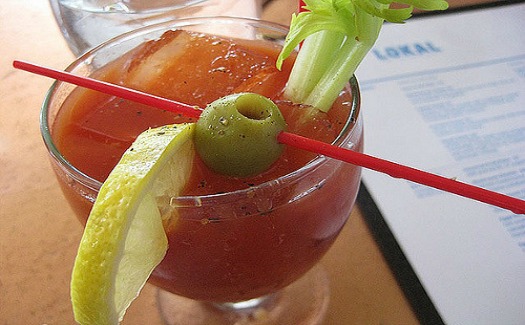 Ah, brunch – the meal with the most potential to ease a hangover and, luckily, in Vegas your options for decadent brunches abound. As one example, Hexx offers a popular brunch Saturdays and Sundays from 7 a.m. to 2 p.m. where you can start with a little hair of the dog in the form of one of five different Bloody Mary creations, including The Colossal, which is made with basil-infused vodka and is big enough to be served in its own mini pitcher. Or you can head to STK, which does brunch on Sundays from noon to 4 p.m. featuring hangover-helping fare like vanilla bean waffles and pork belly benedict. Oh, and there’s also a strolling coffee cart and a build-your-own bottomless Bloody Mary bar. 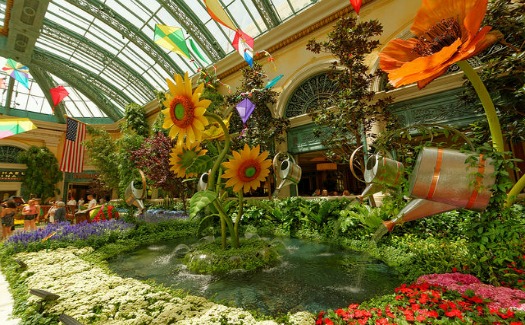 Daniel Ramirez, At Bellagio Conservatory via Flickr CC BY 2.0

A hangover often means the need to chill out and do something relaxing and preferably quiet, which can sometimes be tough to come be on Vegas’ sensory-overloaded strip. Take refuge at the Bellagio in the conservatory and botanical gardens. The 14,000-square-foot space is filled with themed gardens that change with the seasons and makes for a good spot to find a bit of much-needed solitude until you’re back to your fully-functioning self.

Get off The Strip 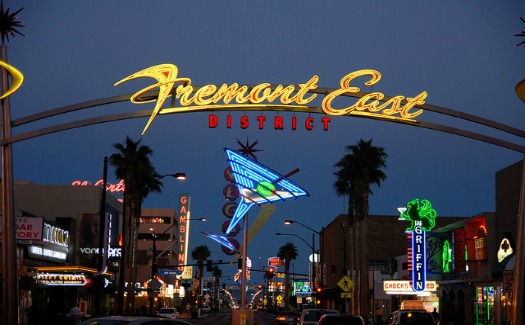 Let’s face it, you’ve done The Strip and it was great, but now that your hangover is (hopefully) subsiding, it’s time to explore further afield and maybe have a tamer night than last night. Do just that by heading downtown. Make your way to the 18b Arts District to immerse yourself in more than two dozen art galleries and studios. Follow it up by checking out Antique Alley, where you can shop over 20 funky antique and vintage stores. Refuel with a coffee and some Latin-inspired comfort food at Makers and Finders.

When you’re ready to kick things up a notch, make your way to Fremont East Entertainment District for a night of bar-hopping, live entertainment, shops and art galleries. Downtown Container Park is a good spot to add to your list. It’s a one-stop-shop for restaurants, an open-air shopping centre and many live events.

How do you deal with a hangover while traveling? Leave a comment below or give us a shout on Twitter.

Search for flights to Las Vegas